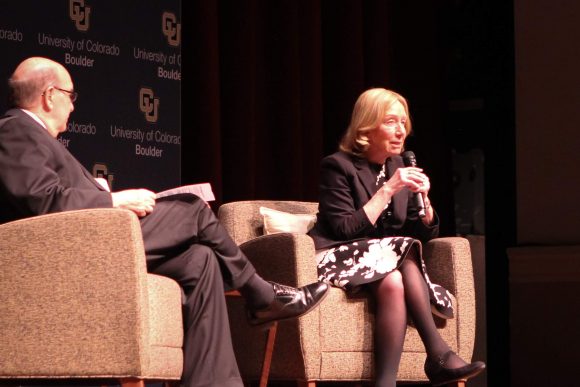 Doris Kearns Goodwin, world-renowned presidential historian and biographer, spoke at Macky Auditorium Thursday to a packed crowd. Goodwin is a Pulitzer Prize-winning author whose latest book, Leadership in Turbulent Times, is a New York Times bestseller focusing on lessons in leadership learned through a lifetime of studying the presidencies of Abraham Lincoln, Theodore Roosevelt, Franklin Roosevelt and Lyndon B. Johnson.

“In some ways, Teddy Roosevelt may have had the best advice,” Goodwin said. “Get as many experiences wherever you can get them. The more you can be exposed to other ways of life, other people’s ways of thinking and respect that, the better kind of leader you will be in the future.”

Goodwin filled every minute of her speech, lasting just under two hours, with revelations recounting conversations, untold stories and secrets between some of the most influential figures in modern history. As a 24-year-old graduate student at Harvard, Goodwin was selected to join the White House Fellows. At a celebration ball, she was personally asked by President Johnson to be assigned to him. She said her time in the White House during the Johnson administration inspired a career of studying American presidencies.

As a White House fellow during the height of the Civil Rights movement and the Vietnam War, Goodwin experienced first-hand what the inside of the government looked like during one of the most tumultuous times in United States history. Having become personal friends with President Johnson during his presidency and afterward, Goodwin expressed her sadness at how Lyndon B. Johnson’s name in history is not remembered for his many domestic achievements including his contributions to the Civil Rights movement, but instead for his many blunders in the war he inherited from Kennedy. This motivated Goodwin to pursue studying the leadership of other presidents who served during moments of turmoil. 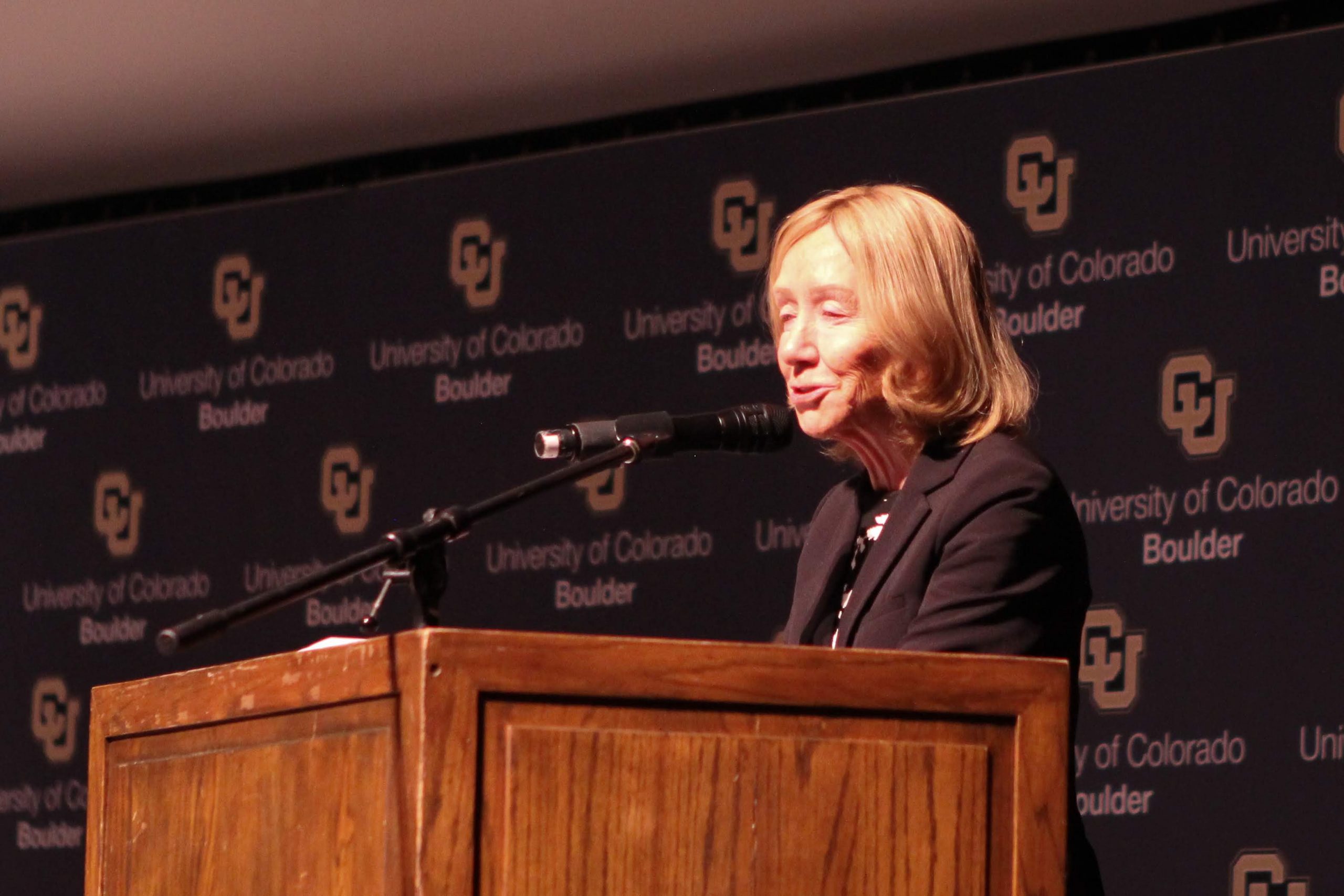 The first president Goodwin studied in length was Abraham Lincoln. Goodwin described how Lincoln, born into poverty,  had to fight for his education and failed in three political elections before he became president. Despite his adversity,  Lincoln’s legacy is defined by his leadership in the Civil War and the Emancipation Proclamation.

According to Goodwin, Theodore Roosevelt was not born as a natural leader. Roosevelt became the leader we remember him for today through his “ambition to develop his ordinary qualities to an extraordinary degree through the application of hard sustained work”.

Franklin Roosevelt took office during the Great Depression and went on to lead the country through World War II, all while fighting his personal battle with Polio which left him paralyzed from the waist down.

Finally, Johnson became president by default after the assassination of John F. Kennedy, inheriting a war in Vietnam and a socially and politically divided country.

Goodwin said she attributes the leadership of these four presidents to their “ability to grow through resilience, humility and empathy.” Although most of the speech was dedicated to stories from the lives of these four presidents, Goodwin’s final message emphasized the role of grassroots organization and collective action by citizens in making real social and political change.

“FDR liked to say that problems created by man are solved by man,” Goodwin said. “If he were here tonight he would tell us that it is up to us to fix our troubled political system. Every important social change in this country is done from the ground up.”

“I thought that Goodwin’s characteristics of leaders were surprisingly relevant to the modern era,” Makena Lambert, student leader of the year, said. “Her obvious passion and lifetime commitment to her work is inspiring and I took a lot of comfort in hearing her speak to innate human resiliency and overcoming adversity.”

Goodwin closed by urging the audience to become actively engaged in politics and history saying, “What we do now as individuals, how we manage together, will make all the difference.”

“With public sentiment, Lincoln like to say, nothing can fail; without it, nothing can succeed,” Goodwin said. “We must imagine for ourselves a healthier political system. We must have the confidence to create one. If an understanding of our past can help us feel that sense of a pathway toward our future, I will feel forever proud of having spent my life as a historian.”