Okay Kaya follows up with honesty on sophomore album 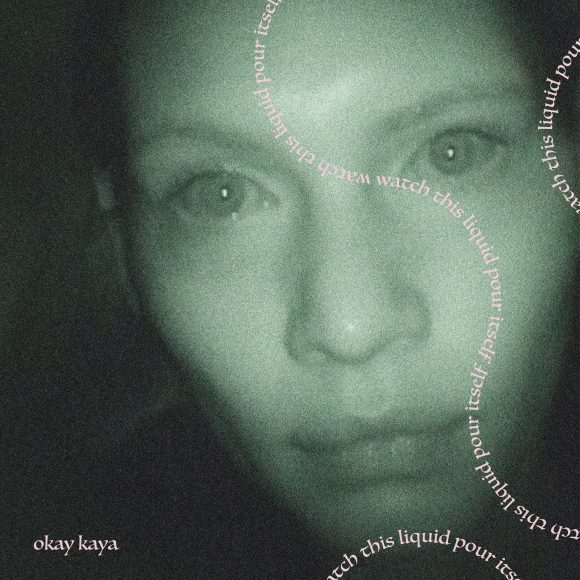 Although Wilkins was previously involved in a black metal project, her output as a solo musician takes a decidedly different approach to music-making. “Watch This Liquid Pour Itself” is described on her label’s website as being “filled with images of pools of sweat, oceans and other forms of wetness,” admittedly odd, but a strangely fitting description of Wilkins’ soft and sweet compositions.

Okay Kaya’s voice is the driver behind most of the album’s 15 songs; lush vocal melodies surround diaristic, cynical lyrics. Her honesty comes off as hilarious, depressing and ultimately touching. The lack of artifice that runs through her work is refreshing. Her artistic vision underpins all aspects of her output, making for a cohesive and singular aesthetic; she even helps direct her own music videos. At its most basic capacity, her work is stark and sincere, concerned with feelings, relationships, love, lust and the absence of these.

The opening track, “Baby Little Tween,” bounces into being with a drumbeat that borders on danceable. She muses on her anxieties, bad habits and whether or not her antidepressants are worth taking given their side effects. Some lyrics on the album seem to be taken from journal entries, but others as seen in “Ascend and Try Again,” are lifted from scuba diving instructional manuals.

The joy of Okay Kaya’s music comes in part from its familiarity. All of Wilkins’ tracks fit under the labels of bedroom pop or dream pop. They aren’t very musically complex, but this works to her advantage.

It is difficult to do something novel and subverting an audience’s expectations is rare these days, but Kaya hides these fascinatingly personal (and quite unique) moods under a delightfully straightforward musical style.

Some of the highlights on “Watch This Liquid Pour Itself” are the singalongs like “Insert Generic Name,” whose lyrics are simple enough to sing after a single listen, but still provoke self-reflection. Wilkins does this all while being brutally honest, at one point singing that “Sex with me is mediocre.” Seemingly extraneous details like the little monologue at the beginning of “Mother Nature’s Bitch”  have the effect of placing the listener into her bedroom, watching her write the song.

Okay Kaya doesn’t force you to contemplate her words beyond their surface, rather she invites you to do so at your own discretion. That’s not to say that these songs aren’t worth contemplation, as they express many interesting feelings and phenomena in this era where everything is permitted, but nothing seems possible. She even expresses this on “Overstimulated,” singing, “Anything can happen / At any given time / No wonder why I’m overstimulated.” This is an album for the post-internet age, in all its complexities and contradictions. On “Zero Interaction Ramen Bar,” Wilkins bemoans how all these new ways to connect and communicate have somehow made her even more lonely, so much so that she only has her parasite to talk to, which is a supremely relatable sentiment.

She disguises rumination as mundane observation, and in the process, reveals something profound.