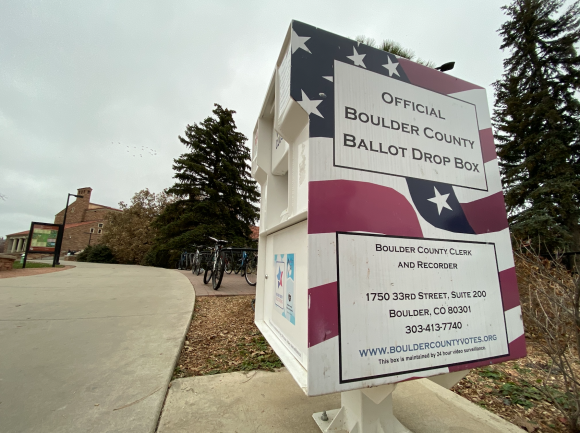 Editors note: As Boulder County continues to count ballot returns, this article will be updated.

Tuesday night’s elections in the City of Boulder saw low voter turnout in precincts heavily populated by students according to early ballot reports by Boulder County. Areas on or near the University of Colorado Boulder campus had drastically lower turnout compared to 2018’s midterm elections.

Of several precincts near campus, University Heights located northeast of campus, had the highest voter turnout, with 210 ballots processed. Of the 491 active registered voters in the area, 42.77% voted.

The Hillside precinct, which includes the University Memorial Center, saw just 164 ballots processed, or 25.08% of 654 active registered voters turning out.

Below is a list of turnout in other precincts on or near campus:

2018’s midterm elections saw much higher numbers of turnout in areas near campus.

Boulder measures 2G, 2I and 2H all passed with high majority support among voters. 2G will implement a 40% sales tax on vaping products, 2I will allow the city to provide loans to middle-income Boulder households to purchase Boulder homes and 2H will extend the protection of Long’s Garden, an open space, by another 20 years.

Proposition CC, which would have allowed the state of Colorado to keep money usually refunded to taxpayers to help pay for schools, failed. Proposition DD, which seeks to legalize sports betting and taxation, passed.