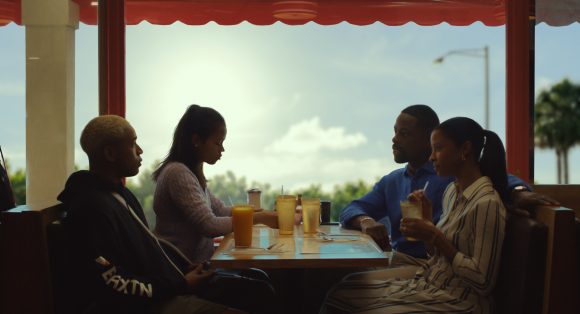 The entertainment company A24 is hosting a free advanced screening of their upcoming drama “WAVES” in CHEM 140 on Nov. 10 at 7 p.m. More information about A24 at CU can be found here.

Directed and written by Trey Edward Shults, “WAVES” follows a suburban African-American family in the vibrant, lush landscape of Southern Florida. The movie traces the emotional journey of the family after a tragic loss, as they come together to navigate love and forgiveness. WAVES features a strong cast of award-winning stars and breakouts, including Kelvin Harrison Jr., Golden Globe winner Sterling Brown and Taylor Russell. The film was scored by Trent Reznor and Atticus Ross and features tracks from famous musicians, including Frank Ocean.

“WAVES” premiered at this year’s Telluride Film Festival. The film has won a screenwriting award from Hampton International Film Festival and has two nominations at the Gotham Independent Film Award. The film is set to be released in Denver on Nov. 27.

More information about this event and RSVP link can be found here.