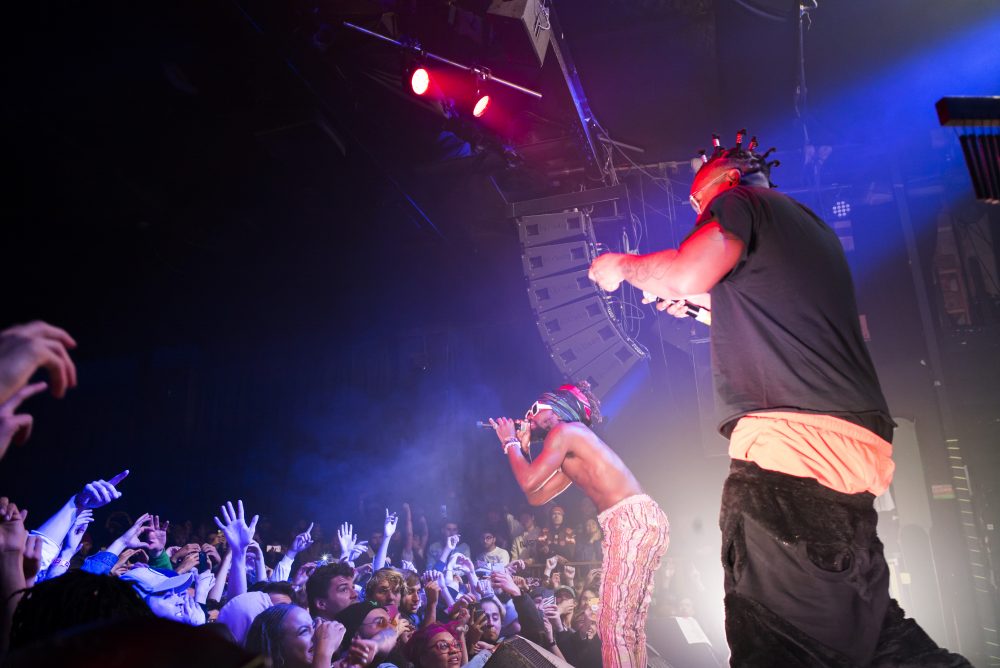 While their first headline show in Colorado presented EARTHGANG in a new light, the duo’s never-ending vivacity was paramount throughout their performance.

Rappers Olu and WowGr8 make up the group and opened with their trippy summertime track “LaLa Challenge” off of their latest album, “Mirrorland.” While the kickoff of the song is more slow-paced than their typical work, the beat change halfway through the track foreshadowed the frenzied performance that would follow.

Body-quaking bass and fulgurating lights assisted in turning the venue into a clammy overflowing mosh pit. EARTHGANG’s nonstop crowd control engaged the audience through call and response games and orchestrated hand motions that went along with the bouncy beats blasting from the speakers.

Before EarthGang performed their hit single, “Proud of U,” WowGr8 segued into the track by addressing the weather outdoors.

“I’m proud of you for coming out in this nasty ass weather,” WowGr8 said.

Throughout the night, EARTHGANG oozed tireless never-ending spirit into the overcrowded venue by way of their diverse setlist. 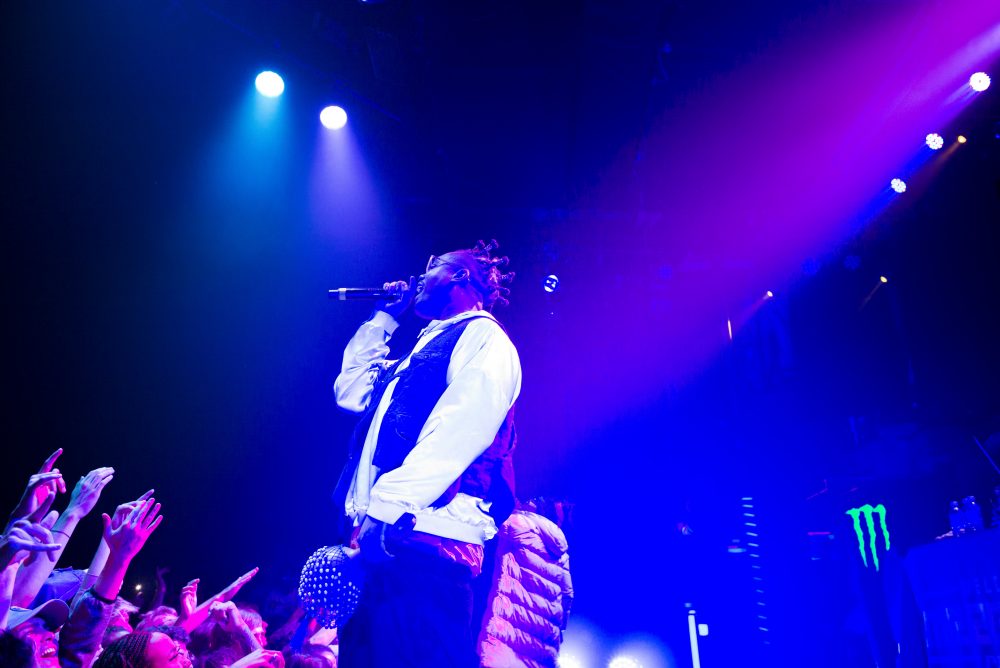 The duo switched lanes from their “Mirrorland” songs by performing tracks off of their combined album, “Revenge of the Dreamers III,” produced by their label, Dreamville. The duo fired off “Sacrifices,” “Down Bad” and “Wells Fargo,” tracks which feature artists such as J. Cole, Saba, J.I.D and Smino on the recordings.

EARTHGANG then sent the crowd back in time to their 2017 EPs with “Rags” and “Robots.” After performing their catchy computerized classic, “Artificial,” the duo blasted off their transformative space-age track, “Meditate,” which examines the predicament of gaining peace as an African American male in western society. EARTHGANG insisted the crowd hold up peace signs amidst the track while they transmitted intoxicating effervescence into the moshing fan base below.

WowGr8 expounded unity to the crowd on multiple occasions.

“I am EARTHGANG,” he said. “You are EARTHGANG. We are all EARTHGANG. It’s a global movement, a global phenomenon.”

The duo expressed inclusion once again when they snagged five audience members from the crowd to share in the spotlight. EARTHGANG pointed one by one at each fan signaling their time to dance their heart out center stage to the fast-paced trap-influenced tracks.

The exuberant evening stressed letting loose and warming up from the snow-covered environment just outside the theater’s doors. But the duo still stopped to remember their beloved friend Mac Miller who died in 2018, asking to pause for a moment of silence.

EARTHGANG closed out their energetic performance with their encore song, “UP.” The prominent track, which dropped as a single before the full release of “Mirrorland,” administered an elaborate closer to a remarkable performance.

EARTHGANG will be continuing on their Welcome to Mirrorland Tour with more upcoming shows in Colorado. Information can be found here. You can read the CU Independent’s review of their latest album, “Mirrorland,” here.