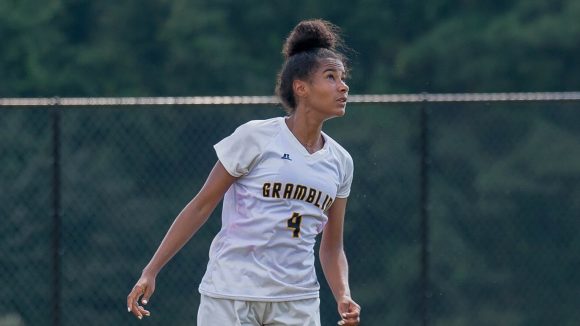 Growing up the younger sister of a Canadian Football League quarterback, Haileigh Adams admitted she always felt in her brother’s shadow. Her brother, Vernon, passed for over 5,000 yards and threw nearly 50 touchdowns in his final two seasons in high school. At that time Haileigh Adams said that almost no one knew her by her first name, just as Vernon’s sibling.

“All the time people would come up to me, (and say) ‘oh you’re Vernon Adams’ little sister,’” Adams said. To that she would always respond, “no, I’m Haileigh Adams.”

But Adams said she is proud of her brother, who is now in his fourth year in the CFL and looking to make a name for himself at the professional level. It’s a drive that has sparked motivation for Adams to pursue a similar path with her passion: soccer. Now a sophomore defender for the University of Colorado women’s soccer team, Adams is eyeing the big leagues post-college.

It’s a sibling rivalry that is alive and well today.

“(Haileigh) thinks she’s a better athlete than me,” Vernon laughed. “Low key she is.”

“All the time people would come up to me, (and say) ‘oh you’re Vernon Adams’ little sister.’ No, I’m Haileigh Adams.”

Haileigh Adams’ soccer journey began in high school, where she steadily improved, scoring two goals and being named the most inspirational player during her freshman year. A year later, she scored five goals and earned the Defensive Player of the Year award. Toward the end of her sophomore season, she tore her ACL and consequently had to sit out games while she went through rehab during her junior year. The injury occurred at a critical time and led to only a couple of schools keeping tabs on her as a potential recruiting target.

Adams said there was a time when she thought she’d never get back to where she was after tearing her ACL.

“It was a big step back,” Adams said. “It took me forever to get back. I wasn’t very confident. And then my coach, he just threw me up top. He (said) you have the speed. Although I didn’t have it at the time. I don’t know why he threw me up  there, but he did and it actually turned out pretty well for our team.”

Portland State was a school eyeing Adams, despite her ACL tear. Vernon, while at Eastern Washington, reached out to then Portland State recruiting coordinator Justin Wagar, to convince him to bring Haileigh to the university. However, with Wagar 14 years into his career, he was looking for a change. After Portland State’s head coach suddenly retired, Wagar landed a spot at Grambling State, bringing Adams with him.

Adams earned second team all-conference honors her freshman year at Grambling State and first team her sophomore year. She was the first player in the Southwestern Athletic Conference to earn an invite to the U19 United States Women’s National Team Training Camp in 2018. Following in her older brother’s footsteps, Adams will also finish her collegiate career at a Pac-12 school with professional aspirations.

“I want to play better soccer,” Adams said. “I want to get better and I want to play after college. I felt like CU was the perfect place to help me get there and prove my skills because when I came here I definitely learned a lot that I need to know.”

Colorado head coach Danny Sanchez was thrilled to add a player of Adams caliber prior to the 2019 season. Sanchez said Adams will likely be a large part of CU’s back end in the future.