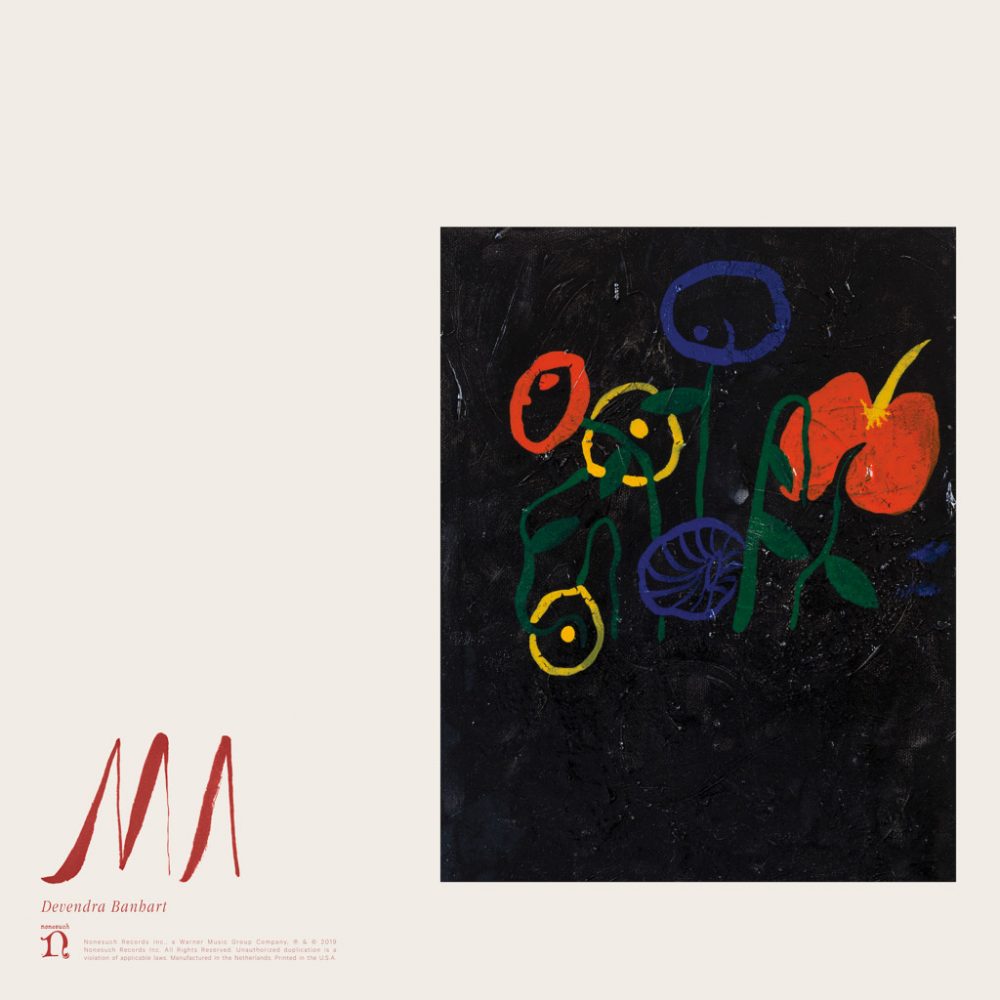 Folk musician Devendra Banhart released his tenth studio album “Ma” Sept. 13, paying homage to both his Venezuelan heritage and American upbringing.  His lyrics clarify the value of many types of loving relationships, while also addressing the political turmoil that is prevalent in his world.

Banhart recorded “Ma” in a temple in Kyoto after finishing a tour of Asia. While Banhart recorded far from home, he let the spiritual surroundings and maternal nature of the ocean guide his work. In the album, Banhart sings in English, Japanese, Spanish and Portuguese, paying careful tribute to the languages of his life.

“Ma” primarily explores the theme of motherhood. In the album’s opener “Is it Nice?” Banhart sings from the perspective of his mother, imparting lessons of love. He sings, “Love’s who you’re thinking of / When you see the moon above you / And it’s the middle of the day,” while plucky strings and a smooth bass line lead into a bright chorus.

On the track “Memorial,” Banhart’s struggle with the strange irreplaceable nature of loss guides his main conceit of motherhood to its most impactful emotional point. Starting with simple and bare guitar, the song dreamingly floats Banhart through grief, loss and impossible bargaining. His lyrics are bittersweet and capture the perfection and pain of his mother’s last moments. He returns to love and offers a new definition, singing, “You told me that love / Is when someone asks you / ‘Please leave me alone’ / And you really do.” In this way, Banhart pays careful attention to the selfless sacrifices that come from pure love.

Banhart devoted “Abre Las Manos” as a love letter to his childhood country of Venezuela and a reflection on the political upheaval the country is experiencing. Banhart still has many relatives living in the country, although his immediate family moved to California when he was 14. Despite the hardships, he chooses to end the song on a message of hope, showing his optimism.

In past works, Banhart’s humor has led him into the good graces of listeners, and he continues to do the same here. The album is full of funny, whimsical observations: “Do you ever think that colors say / ‘Hey who’s your favorite human?'” In “Taking a Page,” the songwriter encourages his listeners to “zoom out and see the planet” when the world gets overwhelming. He also lifts lines from Carole King’s “So Far Away” with the legendary singer songwriter’s blessing.

Banhart doesn’t shy away from adding humor into his songs that deal with more realistic turmoil. “Kantori Ongaku” (which translates in Japanese to “Country Music”) displays the songwriter’s modes of humor. He leisurely sings, “Press the button of world peace / And wipe out everything but the Moon.” This comment also speaks to Banhart’s perspective on the aftermath of the 2016 U.S. presidential election.

By the end of his album, Banhart has taken listeners through the highs of blissful pondering to the somber reflection of loss, all the while retaining the same mellow, dreamy folk sounds and introspection fans have come to expect from the multifaceted artist.

Devendra Banhart is currently on a U.S. tour with opener Black Belt Eagle Scout. He will perform at the Boulder Theater on Oct. 30. Banhart has partnered with 1PLUS to contribute $1 from every ticket sold to World Central Kitchen to fight hunger around the world.