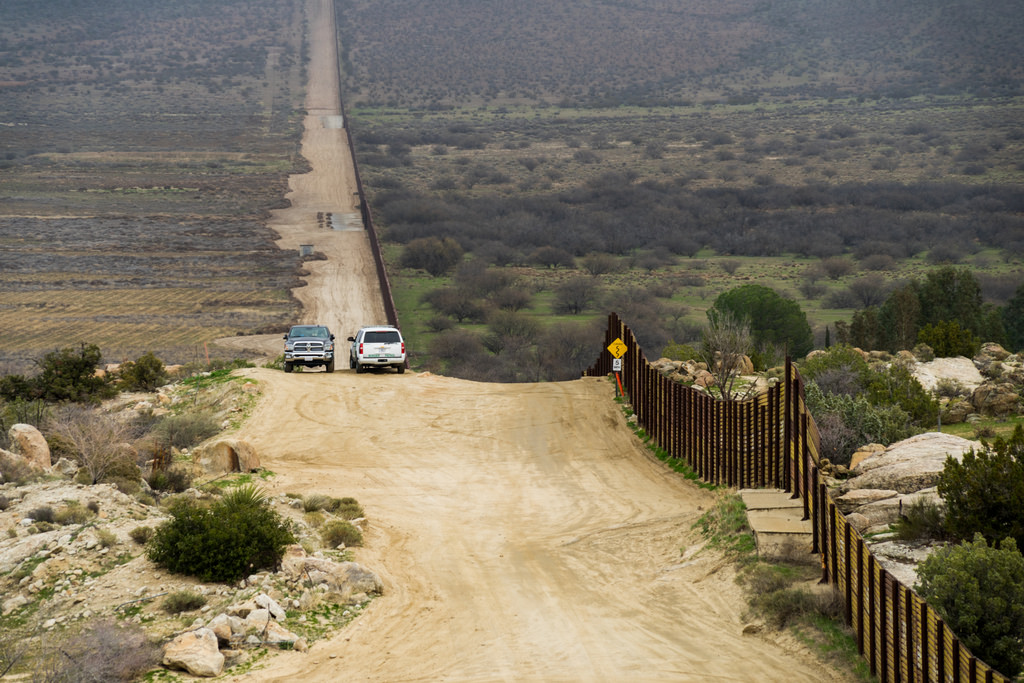 As an immigrant to this country, I’ve been closely watching the media coverage of the progression of events at the border. Not only does it affect me as a minority, but to me, it strikes at the core of all the things that make this country great.

Since late last year, Central Americans have been headed to the U.S.-Mexican border in droves, walking the 2,000-mile trek, with their children, the clothes on their backs and little else, trying to escape countries that have become overwhelmed with lawlessness, violence, food shortages due to the effects of climate change and poverty.

America serves as a beacon of light and hope for many around the world.

That’s why it pains me to see that the current administration, led by a person whose family also came here as immigrants, takes such a hard line against these refugees and asylum seekers. This is an idea which not only goes against the fundamental principles of this country but also lacks in humanity and legality according to American law.

Many who are watching the events unfold are not knowledgeable of the American laws that we have established to protect immigrants and asylum seekers both nationally and internationally. Many believe that what the refugees are attempting to do is illegal and the U.S. bears no responsibility to them or this issue, but these people would be mistaken.

It’s important to review some of the laws that we as a nation of historical immigrants, refugees and asylum seekers have established to fully understand what is happening under the current administration.

A history of American Immigration Law

Naturalization Act closes open borders and limits the naturalization of citizens to “free white persons of good moral character.” Requires immigrants to have residency in the U.S. for a minimum of two years. Essentially barred many people of color from obtaining citizenship.

14th Amendment makes all American-born children citizens. Takes steps toward including former slaves into the citizenry.

New immigration act bars citizenship for many by using English literacy tests for all applicants.

Another act creates quotas for the number of immigrants allowed entry from certain “undesirable” countries, namely Asian, who had been brought to provide cheap labor and help build railroads.

Immigration and Nationality Act gives preferential treatment to applicants from the U.K. and Germany.

Quotas and racial preferences are eliminated, emphasizing instead skilled labor, asylum seekers and family ties to the U.S.

In short, according to American laws and the international treaties the U.S. has signed onto, we’ve agreed to stand up for and protect refugees and asylum seekers.

On Nov. 19, 2018, in a nation-wide restraining order, U.S. District Judge Jon S. Tigar barred the enforcement of President Trump’s anti-asylum proclamation against the caravan, stating that it was in clear violation of the Immigration and Naturalization Act. Tigar also found that the practices of Immigration and Customs Enforcement and Border Patrol modifying what they told refugees were their rights, and what the legal standards were, routinely violated the rights of immigrants who had a right to “a credible fear” review.

Laws set in place indicate that anyone seeking asylum with “credible fear” for their safety is obligated to a review from customs officials. At which point, the Immigration and Nationality Act states that the person has to be paroled into the U.S. where they can litigate asylum within American borders and courts.

On Dec. 21, 2018, the Supreme Court upheld the judgment ban on Trump’s anti-asylum proclamation in a 5-4 ruling supported by Chief Justice John Roberts.

Furthermore, on April 8, 2019, U.S. District Judge Richard ­Seeborg blocked the Trump administration’s newest change to the immigration policy, which required asylum seekers to wait out their probationary adjudication times in Mexico as their cases processed through the American immigration court system.

Under the old protocol, immigrants were paroled into the U.S. as per American immigration law to await their hearings. Under this new policy, several hundred refugees had been sent back to Mexico after already claiming asylum on U.S. soil.

Seeborg’s injunction temporarily disabled the current administration’s policy, a deterrent aimed at the influx of Central Americans entering the U.S., adding to the list of recent tactics the administration has employed to turn back refugees at the border. A border which saw a jump of more than 103,000 migrants into the U.S. this past March, the highest one-month total in 12 years according to Syracuse University’s Transactional Records Access Clearinghouse center.

Following this, the Trump administration has now sought to charge asylum seekers’ fees for refuge, requiring asylum seekers to pay to enter the country along with filing their “credible fear” claims. According to David A. Martin, a former Homeland Security deputy general counsel states, “genuine asylum seekers by definition leave in the most urgent of circumstances.”

“As a group, they tend to be very short on resources,” Martin said. “If you’re going to leave the possibility of refuge for people who legally qualify truly open, you wouldn’t impose a barrier of a fee.”

Our country has a history of taking in immigrants and refugees and has only grown economically and flourished with every new influx.  With every ethnic group, we’ve seen this trend repeat throughout our history, whether it was the Spanish, French and British in the 1500-1600s or the Irish escaping famine and war.

Civil unrest and poverty caused German immigrants to flee and seek refuge here, followed by Asians that came to America supplying labor for booming industries. Later it was European immigrants, who were escaping religious persecution — whether Catholic or Jewish. Then came the wave of 20 Million people from Central, Eastern and Southern Europe who entered into the U.S., seeking only to save their lives and that of their families.

The principles of America have always been based on peace, humanity and opportunity. So one has to ask, why take such a hard line now? Why exclude people in need and in harm’s way now?

What I can see is that this administration has built its legacy on fear and fostering an illusion of “otherness.”  This, within a country that has broken away from its own sense of unity that is supposed to make us “United.” More than any foreign enemy or terrorist, this insidious hate, irreverence for compassion, and disregard for common human decency has become a new status symbol of sorts. It’s become toxic to the fundamental ideal of what America is.

To me, America is a delicious melting pot of cultures, fragrant and luscious with diversity, simmering with complexity, nuance and beauty. To say any one culture is more right than another seems to miss the point of what makes us great.

Maybe it is stating the obvious, but let us never forget we are all immigrants here. We all came from a different part of the world and were likely met with resistance and backlash. Yet there were still kind souls who stepped in and said: “Welcome, how can I help?” This is the America I love. This is the ideal I resonate with, and I will continue to exemplify this in my actions, words and thoughts.  For me to act any other way is in truth, un-American.