Opinion: Thinking green doesn’t have to make us feel blue 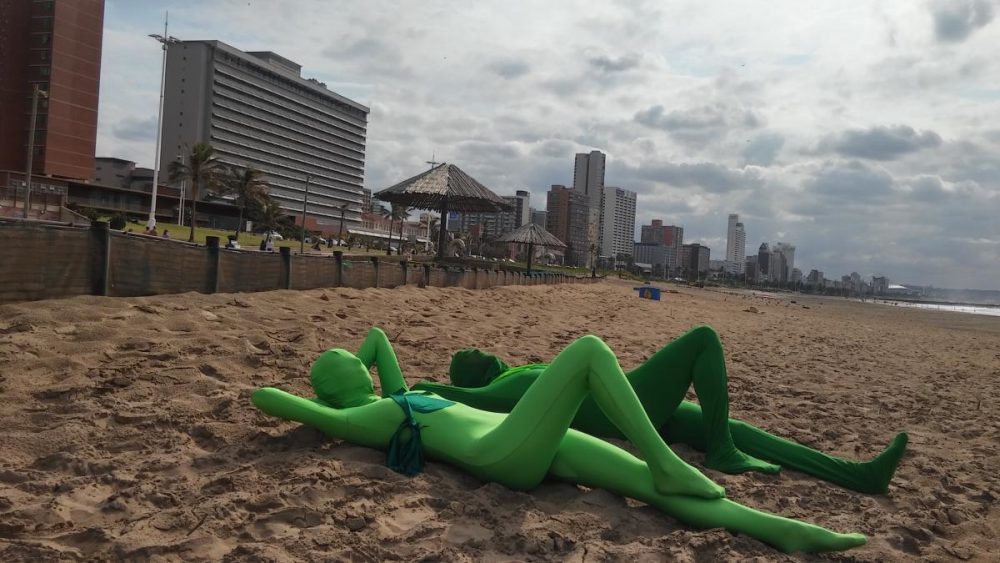 Glaciers in the Arctic are retreating, natural disasters are becoming even more destructive, ecosystems are collapsing and an increasing amount of species are on the verge of extinction. Climate change is not an uplifting conversation to have, but it is a necessary one.

Most people don’t want to read that the fumes from their cars are killing coral reefs or that the plastic straw they just drank from could choke a sea turtle. The news tends to be plagued with negativity, especially concerning the environment, and it does little to encourage change.

A constant stream of bad news makes serious issues seem so astronomical that any action feels futile. The result is a pessimistic, desensitized view of these issues, which scientists refer to as “learned helplessness.”  However, researchers and the Boulder Valley School District took it upon themselves to make the discussion surrounding climate change a more positive one.

Beth Osnes, a professor of theatre and environmental studies at the University of Colorado Boulder, has curated a photography exhibition called Green Suits: Sustainability in Action in and around BVSD. The exhibition is currently on display at the National Center for Atmospheric Research (NCAR) here in Boulder.

With 80 photographs of students in the Boulder Valley School District dressed in full-body, green spandex suits, the exhibit showcases environmental concerns and proposes a fun and quirky way to think of solutions. Osnes originally began the project as a way to alter how we communicate about urgent environmental issues.

The project, called Green Suits Your City!, has reached a global audience with green suits being photographed on beaches, park benches, fields, trains, buses and more.

Green Suits Your City! aims to shift the environmental conversation from emphasizing the problem to focusing on the solutions. The winning photo in the exhibition displayed at NCAR was taken 100 feet up in the air by a drone of a student in the green suit laying down in a field of solar panels. Photos like these remind us that, despite all of the negative news circulating climate change, there are people doing their part in saving the planet, and having a good time while doing it.

With discussions on topics as bleak as ice glaciers melting, cities submerging underwater and polar bears dying, it is easy to feel defeated. The weight of the problem is so immense that it seems impossible for any one person to have a real impact on solving the problem. However, by redirecting to a hopeful approach, the prospect of inducing real action will be much more successful.

Osnes’ exhibition also highlights a crucial piece in the fight against climate change: young people. The urgency to develop greater environmental policy is a problem that both Millennials and Generation Z have inherited, left to resolve on their own. Many criticize young people, thinking that their minds are too attached to their phones instead of real issues. However, Green Suits: Sustainability in Action in and around BVSD is an excellent reminder that young people are actively fighting for a better future.

It is also worth mentioning that most media coverage of climate change is centered around Washington, where the debate on environmental policy has not budged for nearly twenty years. Democrats are criticizing Republicans who support the fossil fuel industry and ignore the detrimental effects it has on the planet, while Republicans are criticizing Democrats for believing in sensationalized science. There is no progress coming from the legislative or executive standpoint, so it is easy to lose hope that large institutions will do anything about our global crisis.

For those who find no use in relying on the government to take action towards fighting climate change, Michael Bloomberg and Carl Pope published the book Climate of Hope. The book focuses on the most pressing and urgent issues in the environment, as well as real-time solutions to those issues. It discusses ways to lessen the polarization of arguments surrounding climate change by offering solutions that would add economic value to businesses and cities, while also taking steps toward a healthier environment.

Instead of relying on the federal government to take action, Bloomberg and Pope suggest that we “empower cities, regions, businesses, and citizens to accelerate the progress they are already making on their own,” an idea that could surge and encourage a movement to a greener lifestyle among many, without having to sacrifice anything.

Not to mention that many news stories often involve broad, generalized issues, such as the fact that we need to make sure that the planet does not heat up another two degrees Celsius. That’s great and all, but people don’t understand what that means or how they should help. If we change the focus from what will happen to the planet in say, 100 years, and instead focus on what may happen to jobs, resources and communities within the next few months, then people are more likely to want to get involved.

It is important to remember that although the issue of climate change expands much further than any one of us could tackle on by ourselves, every aspect of it involves a solution that can make our society thrive. The constant tone of doom and gloom from climate change news doesn’t always work in encouraging people to take action. Home and business owners can take action by supporting programs that advocate the use of green energy through solar panel installation projects, as well as wind and geothermal power initiatives. Go to https://www.solarpower-kits.com/how-does-home-solar-panel-work/ to learn how solar panels work.

The damage being done to our planet can be pretty scary and intimidating, but the conversation we have about it doesn’t have to be. Maybe all we needed this whole time was a few enthusiastic students and a little bit of optimism to remember that we can fight this global crisis together: one green suit at a time.