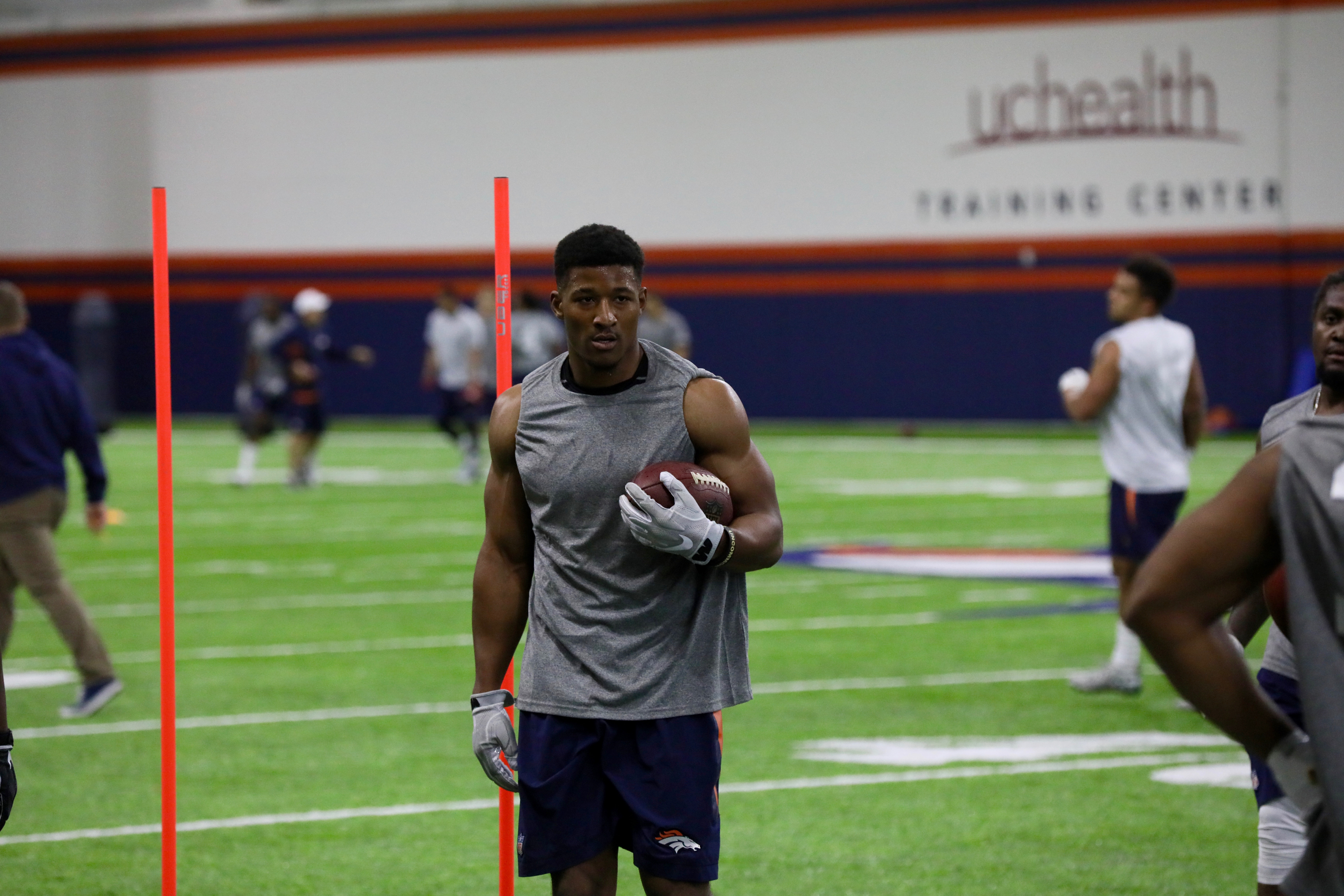 When all was said and done at the end of the 2018 season, Colorado Buffaloes senior tailback Travon McMillan had racked up an impressive 1,009 net yards on the ground, good for a 5.02 yards per carry average.

McMillian played four years of college football for the Virginia Tech Hokies before joining CU in 2018 for one more year of NCAA eligibility as a graduate transfer.

While in Blacksburg, McMillian enjoyed a 1,042-yard campaign in 2015 to go along with a 5.2 yards per carry average, as the Hokies finished 7-6 on the year and won the Independence Bowl over Tulsa, 55-52.

Head coach Frank Beamer, who had coached the Hokies since 1987, retired in the offseason and was replaced by Justin Fuente. Although Virginia Tech finished 9-3 in his first season, McMillian, while maintaining a healthy 4.6 YPC average, rushed for 671 yards on the year.

His yardage totals dropped to 439 in 2017, his senior season but McMillian reinvigorated his game with an explosive 2018 campaign in his sole year as a Colorado Buffalo.

Getting a fifth year of collegiate experience, and working with Colorado runnings back coach Darian Hagan, helped McMillian develop his game further.

“I just learned more about the game,” he said. “The more you play the more you learn. I learned a lot from coach Hagan. He’s helped me a lot at just being better with my eyes [and] reading defenses [so] when I’m lining up I can see a play happen before it does.”

Now, McMillian hopes to take full advantage of all that as he attempts to garner interest from the NFL. He worked out with the Denver Broncos last week for their annual Pro Day, and was one of eight former Buffs there, including linebacker Rick Gamboa.

His extensive collegiate experience has certainly helped him to get him to a position where he can take his game to the next level.

“I learned a lot throughout college — pass protection and catching the ball out of the backfield and things like that,” he said. “[I] just continuously try to amp my game up and become as versatile as I can and [at Pro Day] I felt like I displayed that.”

For McMillian and the other 39 players at the Broncos’ Pro Day, they got under an hour to “display that” to coaches and team personnel. Needless to say, it was a high-pressure atmosphere.

“It’s just like on game day — you’ve got to show up,” Hagan said. “You’ve got to strive. What you can’t do is make mistakes. You can’t overthink. [Coaches] ask you to do something you’ve probably done a million times, you just go out and do it to the best of your ability.”

That’s exactly what McMillian sought to do in front of the Broncos, including general manager John Elway, who was on hand for the entirety of the exercises.

“If you come here prepared, you don’t have to get ready,” McMillian said. “I’m always ready and whatever opportunity presents itself, I’m just trying to take full advantage of it.”

An opportunity presented itself earlier this month, when McMillian was invited to work out with the Baltimore Ravens on April 1.

Watching him on the field and being in his presence, it’s hard to imagine a part of his body that isn’t sheer muscle. McMillian is 6-foot-0 and 210 pounds, and as the immediate successor to current Denver Bronco Phillip Lindsay, who was CU’s main tailback from 2015-17, brought more downfield power to the Buffaloes’ backfield.

“He’s tough, he’s smart and he’s physical,” Hagan said. “His combination of size and speed is second to none— he can do it all. The thing about him is that he just needs to get an opportunity like Phil [Lindsay did] and [then] the sky’s the limit.”

McMillian’s dedication to improving his resume and becoming more versatile could yield dividends down the line. The 2019 NFL Draft begins on Thursday April 25 and goes through the weekend, ending on Sunday the 27th.

An openness to being used in ways other than in the backfield will be key, as well.

“I think he’s a guy who can…hold up physically in-line and on [the] punt [team],” Hagan said. “He’s a guy who can be the first guy or second guy down [the field] on kickoff. He can be a returner [and] can do a lot of things — he’s multi-dimensional. He’s going to have to be open to it because if he’s not, then he won’t have a future.”

For McMillian, all he needs is a chance to prove himself.

“If there’s another workout I’ll go do it…I’m ready for whatever opportunity that presents itself,” he said. “Whatever team that wants me to get out there, I’ll go out there and show them what I got.”