More focus on mental health, self care at Conference on World Affairs 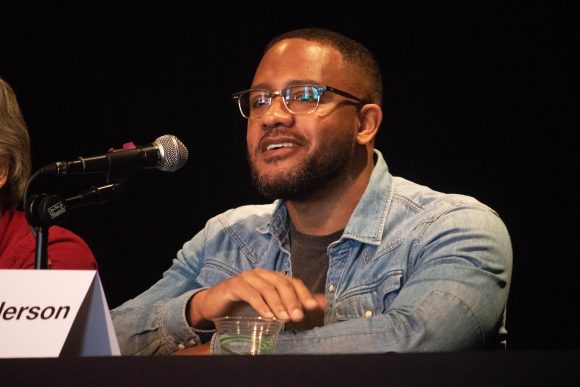 This year’s Conference on World Affairs had a wider focus on issues surrounding mental health and self-care. It was an effort to broaden the conversation around the struggles young people face and how they can cope with issues such as stress and loneliness.

CWA student volunteer coordinator Izzy Boes said that the student planning committee noticed there hadn’t been much focus on mental health in previous conferences and wanted to go deeper into the subject for this year’s week-long event.

“Among my friends at CU, [mental health] has been a really important conversation and in recent years, it’s become something that’s more and more normalized to talk about,” Boes said.

Panelists explored how mental health issues intersect with other aspects of people’s identity, such as gender and race. Speakers also discussed the commodification of concepts such as mindfulness and self-care.

“As students, we see a lot of jokes and Instagram memes about self-care, but I don’t think we know how effective it actually is,” Boes said.

Panels included discussions of stress, loneliness, toxic masculinity, the science of self-care and meditation, the healing power of laughter, substance addiction, how to build healthy relationships, compassion fatigue and more.

Former NFL player Chris Borland was a frequent guest on panels and strongly advocated for mindfulness and meditation to be more widely practiced. Borland played for the San Francisco 49ers for a year but retired early due to concerns about the brain injury risks of football. While in Boulder, he met with the athletic department to discuss introducing mindfulness practices into athletes’ training routines.

“Meditation is a skill, the more you practice the better you get at it,” Borland said. 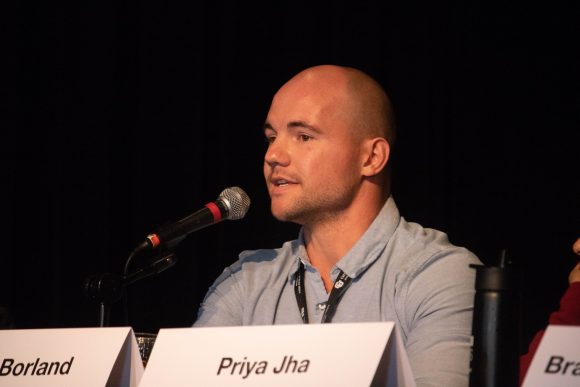 Panelist Chris Borland talks about the topic of mental health surrounding his time in the NFL. April 11, 2019 (Kevin Wu/CU Independent)

Panelists also discussed the barriers to self-care and mindfulness, which in the U.S. are increasingly commodified into expensive retreats and products.

Frequent CWA guest speaker Jerry Michalski touched on the ways that conflict and political unrest increase stress levels and cited the Trump administration as a stressor for many Americans.

Several panelists discussed the effect that racism plays on mental health. Activist Brandon Anderson referenced the recent incident in which Boulder police confronted a black man picking up trash in his front yard to highlight the stresses that negative interactions with law enforcement have on communities of color.

Priya Jha, an Indian-American writer and professor, spoke about the stigma around mental illness. She said that her own family still won’t acknowledge her mental illness, but she had to learn how to talk about it openly and without shame for the sake of her own well-being.

For Jha, a significant issue for students at her university is a shortage of school counselors, which CU has been criticized for as well.

Ultimately, “what helped me the most was having a community,” Jha said. Jha finds the increased openness to discussing mental health among young people an encouraging sign and hopes that mental illness can become de-stigmatized in the near future. 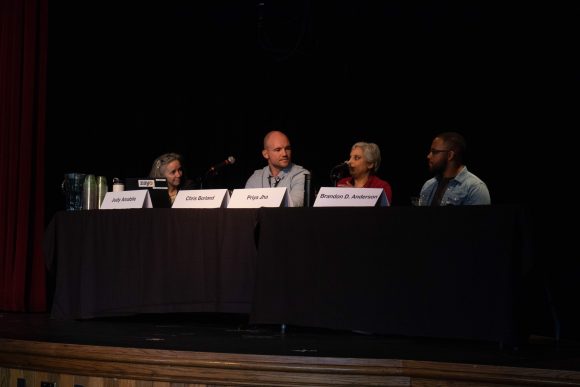 Boes said that she thought this year’s panels were a success and hopes that in future years they can have more speakers meet with student groups while they are in town to talk about mental health.

One issue she hopes the conference can be more proactive about in the future is anticipating funding needs for younger guests, who often don’t have much of their own money to spend traveling to Boulder.

“Younger people working in social justice, they don’t make a ton of money, so it’s harder for them to commit to coming to the conference and being able to stay for longer,” Boes said.