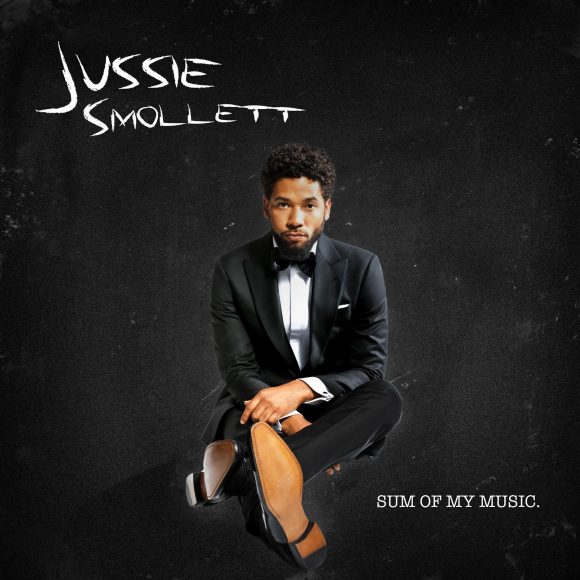 Over the last week or so, the internet has been abuzz over how Jussie Smollett allegedly faked a hate crime. Many are pointing to this as a prime example of why we should always be skeptical of stories of victimization. That would be the wrong lesson to take from this story.

To be clear: by no means am I defending falsifying a hate crime. However, it’s critical that we recognize how rare false allegations are compared to actual cases of victimization.

According to the FBI, there were 7,175 criminal hate crime incidents — as reported from various law enforcement agencies to the FBI — in 2017. That’s a 17 percent increase from the numbers reported in 2016.

The real numbers are likely far worse. As the New York Times explains, “Only 12.6 percent of the agencies in the F.B.I. report indicated that hate crimes had occurred in their jurisdictions in 2017. Agencies as large as the Miami and Las Vegas Metropolitan Police Departments reported zero,” despite a spokesperson for the Las Vegas police who said they had 61 that year. The actual number of hate crimes is almost certainly far higher.

ProPublica, the premier independent investigative newsroom, ran a report on law enforcement’s poor management of hate crimes. In some cases, law enforcement agencies said that they had no records, or only had bad records, due in part to the fact that “investigators frequently did not mark down incidents as motivated by bias, even if there was evidence suggesting this was so — a spray-painted swastika, for example, might be classified simply as vandalism and not also as a hate crime.”

Or as admitted by the Madison, Wisconsin police department, “officers weren’t trained in identifying bias-motivated incidents and had not been submitting reports properly as a result.” There were also widespread misconceptions from law enforcement agencies including thinking that, for example, prosecutors had to decide if an incident was a hate crime or they had to have a suspect in custody to categorize the incident as a hate crime.

I could go on and on about the problems with our law enforcement agencies, but our lesson should be very clear: hate crimes are real and they are very widespread.

What about false allegations of hate crimes?

While the above is about hate crimes, the same sort of reasoning applies to something much closer to home here in Boulder: sexual assault.

According to the U.S. Department of Justice, between 20 percent and 25 percent of college women are victims of rape or attempted rape during their college career. Rates for other sorts of sexual assault are even higher. Compounding the problem, another DOJ study reports that most victims — in college or otherwise — of rape or sexual assault don’t report their assault. According to RAINN, only 20 percent of college women aged 18-24 report their sexual assault to law enforcement. And it’s not just women; the National Sexual Violence Resource Center reports that one in 16 men will be sexually assaulted while in college.

Hopefully, none of this is news to regular readers of the CUI, as there has been significant coverage of CU’s insufficient handling of sexual assault, as well as the related issues of students allegedly being drugged at fraternity parties in recent months.

Despite significant evidence that sexual assault, especially campus sexual assault, is so prevalent, victims are rarely believed. A major reason, according to End Violence Against Women International’s Kimberly Lonsway, is that “believing them would require change on our parts … we don’t want sexual assault to be as prevalent as it is; we don’t want to think that it’s hurting people we love — and if we accept that sexual assault is happening to the extent that research is telling us, that means we have significant problems with the way men and women interact, the way sexual interactions are negotiated, and much of our gender roles and sexual behaviors.”

If we generally and genuinely believed survivors, we’d have to have a hard look in the mirror at ourselves and the society we live in.

Given the negative responses we often see when victims come forward, it should be no surprise that many don’t report being sexually assaulted. As said by a recent victim of sexual assault here at CU, “it felt like the university had chosen to protect itself rather than its students.”

Pam Fine, the woman who was assaulted for two years by CU Buff football coach Joe Tumpkin, was disappointed in how she was treated during the investigation into Tumpkin’s assaults.

“If I had followed this case in the news, I would not have come forward, and I worry about that … I work with young girls who have been assaulted, and I have always been an advocate for getting them the help they need and going through the process. But now, I can’t in good conscience tell someone I know to come forward, and that makes me sad,” Fine said in an interview with the Daily Camera.

While it’s hard to be confident about rates of non-reporting, the National Sexual Violence Resource Center’s review of the relevant studies finds that the rate of false reports of sexual assault is between 2 percent and 10 percent.

Of course, some of these reports do lead to significant injustices to victims of these false allegations — as we saw with Brian Banks and the heavily covered Duke Lacrosse case. However, as the BBC reports, “false rape accusations very rarely lead to convictions or wrongful jail time.”

While false reports can be damaging, according to the Chicago Tribune, young men are more likely to be perpetrators or victims of sexual assault than to be victims of false allegations.

We can’t let the rare — and again, real and damaging — harms of false accusations lead us to not believe survivors, be it of hate crimes or sexual assaults.

Of course, that doesn’t mean that we should blindly believe everything that we hear. The very police department now charging Smollett was the one that allegedly tried to cover up the murder of Laquan McDonald at the hands of Chicago Police Officer Jason Van Dyke. This was only one of the 92 killings by the CPD from 2010 to 2015. While a judge eventually ruled not guilty in the cover-up,  she admitted that the officers did contradict the video of the events. Police departments, from Chicago to Indiana to Baltimore, show time and time again that, in the words of Mapping Police Violence’s Samuel Sinyangwe, “the police don’t deserve your trust.”

Don’t get me wrong, I’m not trying to claim that the allegations against Smollett are unfounded or that you can never believe police officers. Instead, we should do some serious reflection on who we believe and why.

We cannot let rare — even if abhorrent — false allegations of violence cause us to stop believing survivors. As the statistics show, by having your default being to believe survivors, you’re much less likely to be wrong, and therefore much less likely to heap more harm on the already victimized. Survivors of these horrific assaults are already dealing with terrible trauma, which is made all the worse when we refuse to acknowledge what happened. This leads to survivors being less likely to come forward, further harming them by making it more difficult to heal from the trauma.

Hate crimes are a real, widespread problem. So too are sexual assaults, especially at college. False allegations? Not so much.