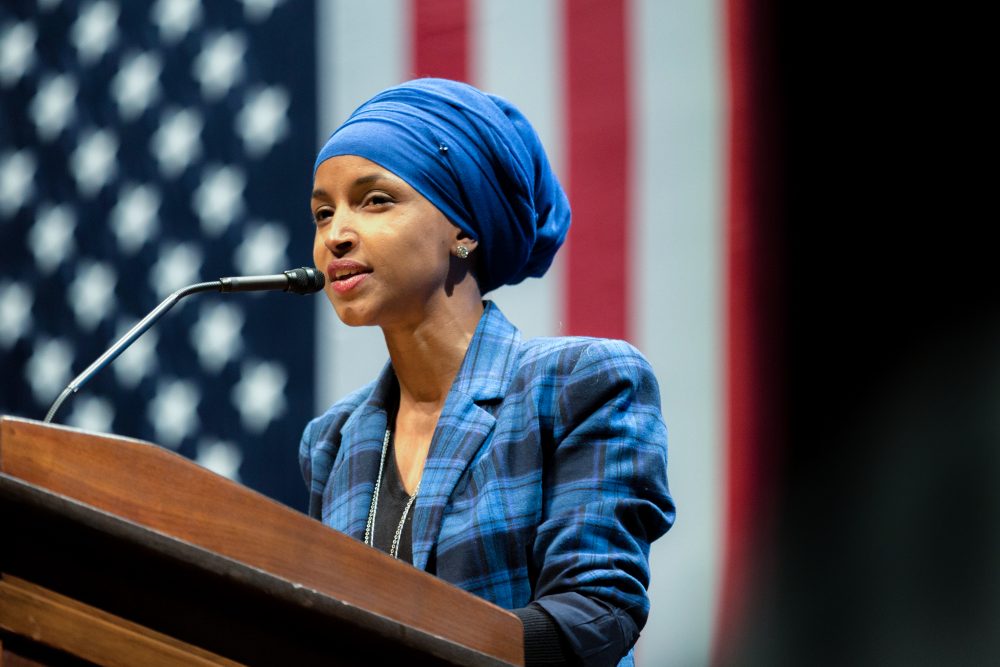 This past Sunday, Minnesota congresswoman Ilhan Omar tweeted, “It’s all about the Benjamins baby,” (a reference to $100 bills) in response to a tweet about House Minority Leader Kevin McCarthy’s threats to punish both Omar and fellow Muslim congresswoman Rashida Tlaib over their criticism of Israel. The tweet, which has over 31,000 likes, drew immediate bipartisan criticism, especially from Jewish members of Congress.

On Monday afternoon, Rep. Nancy Pelosi and other Democrats issued a statement calling Omar’s “use of anti-Semitic tropes and prejudicial accusations about Israel’s supporters,” deeply offensive and insisted that she apologize. And rightfully so. Whether she intended to or not, Omar alluded to an anti-Semitic narrative about “Jewish money” being used to exploit global affairs.

Following Omar’s tweet, I expected to see an outpouring of support for the Jewish community. I could not have been more wrong. The comments on social media varied, but most were along the lines of “criticizing Israel is NOT anti-Semitic.” Not a single person acknowledged that by criticizing the pro-Israel lobby with the kind of language that she used, Omar promoted an anti-Semitic stereotype.

Although other Jews and I wrote in the comment sections of various news outlets — The New York Times, Buzzfeed, Politico — that we were offended by Omar’s tweets, our concerns were dismissed.

“You misinterpreted her tweet,” I was told. “What she said was NOT anti-Semitic!”

The American-Jewish community collectively denounced Omar’s tweet, as did the Democratic Party and the Republican Party. Still, it was not enough. It is never enough.

Whenever an anti-Semitic statement is relevant to Israel, the anti-Semitism is overlooked in favor of the increasingly popular anti-Zionism. Omar’s now-infamous 2012 tweet: “Israel has hypnotized the world, may Allah awaken the people and help them see the evil doings of Israel,” is an example of this phenomenon. Although this tweet faced more backlash than her more recent one, countless people still came to Omar’s defense, claiming that the tweet was not anti-Semitic, but merely anti-Zionist. Despite its seemingly constant overlap with anti-Semitism, anti-Zionism is considered an acceptable form of discrimination, as it has become “trendy” in recent years.

For American Jewry, which is overwhelmingly liberal, it is frustrating that the same people who unequivocally supported Omar throughout her most recent Twitter scandal consider themselves to be “progressive.” In theory, progressives are supposed to be champions of diversity and inclusion. However, many Jews, myself included, have found that the progressive movement consistently excludes Jewish voices. Our concerns are often waved off as being insignificant, while the concerns of other minorities are prioritized.

Why does this happen? Perhaps it is because, despite the long and well-documented history of anti-Semitism in the United States, Jews are still considered to be “privileged.” Although we may be privileged, in that most of us present as white, the supposed benefits we receive from it from do not invalidate or cancel out the anti-Semitism that American-Jews face on a regular basis.

We Jews know anti-Semitism when we see it. Take our concerns seriously.

I am a sophomore political science major and copy editor for the CU Independent. My other extracurricular activities include Tri Delta and the Ability Alliance. In my free time, I like to read, write, and spend time with friends.