The Front Bottoms and Manchester Orchestra co-headline the Fillmore 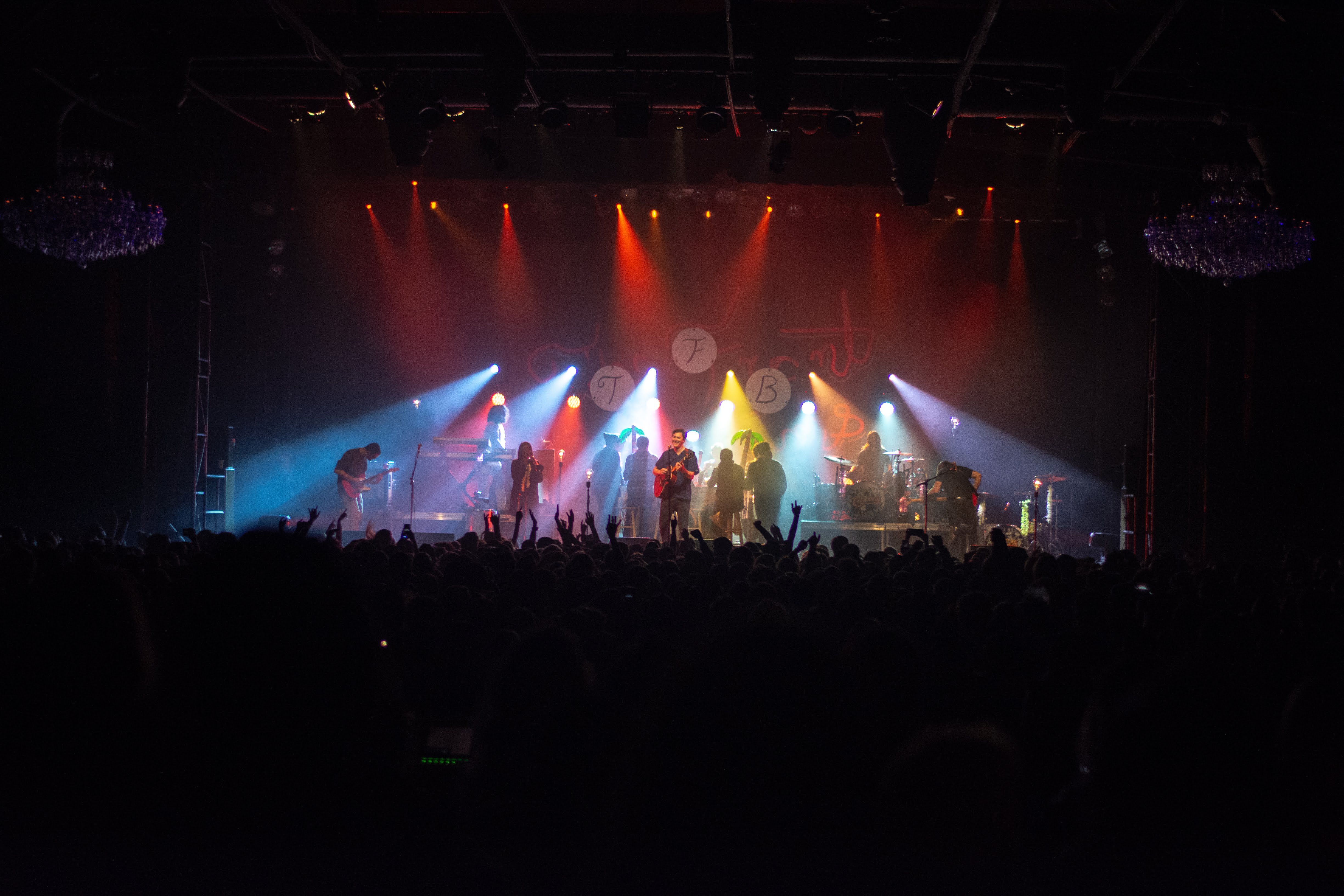 The Front Bottoms and their tiki bar at their show at the Fillmore Auditorium. Dec. 1, 2018. (Angela Smith/CU Independent)

The Front Bottoms and Manchester Orchestra celebrated their ongoing co-headlining tour with the Nov. 30 release of their new single “Allentown”.

The Front Bottoms started in a garage in New Jersey when vocalist Brian Sella and drummer Mathew Uychich were sixth graders. The band has progressed tremendously throughout the years. Now a powerhouse of the indie rock genre, The Front Bottoms tour the U.S. with Manchester Orchestra and special guest Brother Bird. The entourage made their way to downtown Denver on Dec. 1 for a performance at the Fillmore.

Brother Bird opened the show with a moody atmosphere, and lead singer Caroline Swon echoed her powerful voice throughout the venue. Their set was short and sweet leading up to Manchester Orchestra, who delivered similar vibes but with a heavier instrumental set. This mood progression differed from generic opening bands — it was an alluring movement to prepare for The Front Bottoms’ uplifting set.

To match with their new single “End of Summer (now I know),” The Front Bottoms’ set had a beach vibe complete with a stocked tiki bar and scattered leis. Members from the other bands and the crew made appearances to get drinks at the tiki bar throughout the show, occasionally playing around with the tambourines. Andy Hull, the lead vocalist of Manchester Orchestra, even joined in the chorus on one of the songs.

The crew also brought out giant light bulb props, one of which Sella magically used to determine the vibes of the crowd. A platform on stage contained the myriad of instruments that The Front Bottoms incorporated into their music, including violins, trumpets, and tambourines.

The set was a perfectly blended assortment of new and old songs, covering all the favorites from each album. “Peace Sign,” one of the most popular songs from their 2017 album Going Grey, was a moment of unity for the Fillmore as the crowd repeatedly threw up peace signs and middle fingers along with the lyrics. The crowd fell into a unifying rhythm through “Au Revoir” as the band led into the second half of their show, playing a significant amount of tracks from their earlier releases. Another favorite, “Maps,” animated the crowd, who expressed movements only evoked in moments of nostalgia and all-out passion.

Joking that there’s a lot of freaky people that live in Denver, Sella realized the receptiveness of the diverse crowd may be why playing in Colorado has always felt like a hometown show for him.

The band left the stage with the expected cliché of an encore. Despite the almost comical expectancy of a reappearance, The Front Bottoms delivered their last moments uniquely. A fan who raps GDP’s part in “Historic Cemetery” was brought up on stage and dropped the mic at the end of the song. She stayed throughout the finale of “Skeleton,” dancing around and filming the band on her phone.

The Front Bottoms have progressed considerably over the years, moving from angsty pop-punk to more indie folk-influenced. From recording their songs in a basement and posting them on the internet the same night to co-headlining a tour with Manchester Orchestra, the Front Bottoms have come a long way, and so have their loyal fans. Despite the progression in their sound, they stick to their roots and know how to incorporate the entirety of their music into one show. You can feel happy about their success without being sad about how they’ve changed. 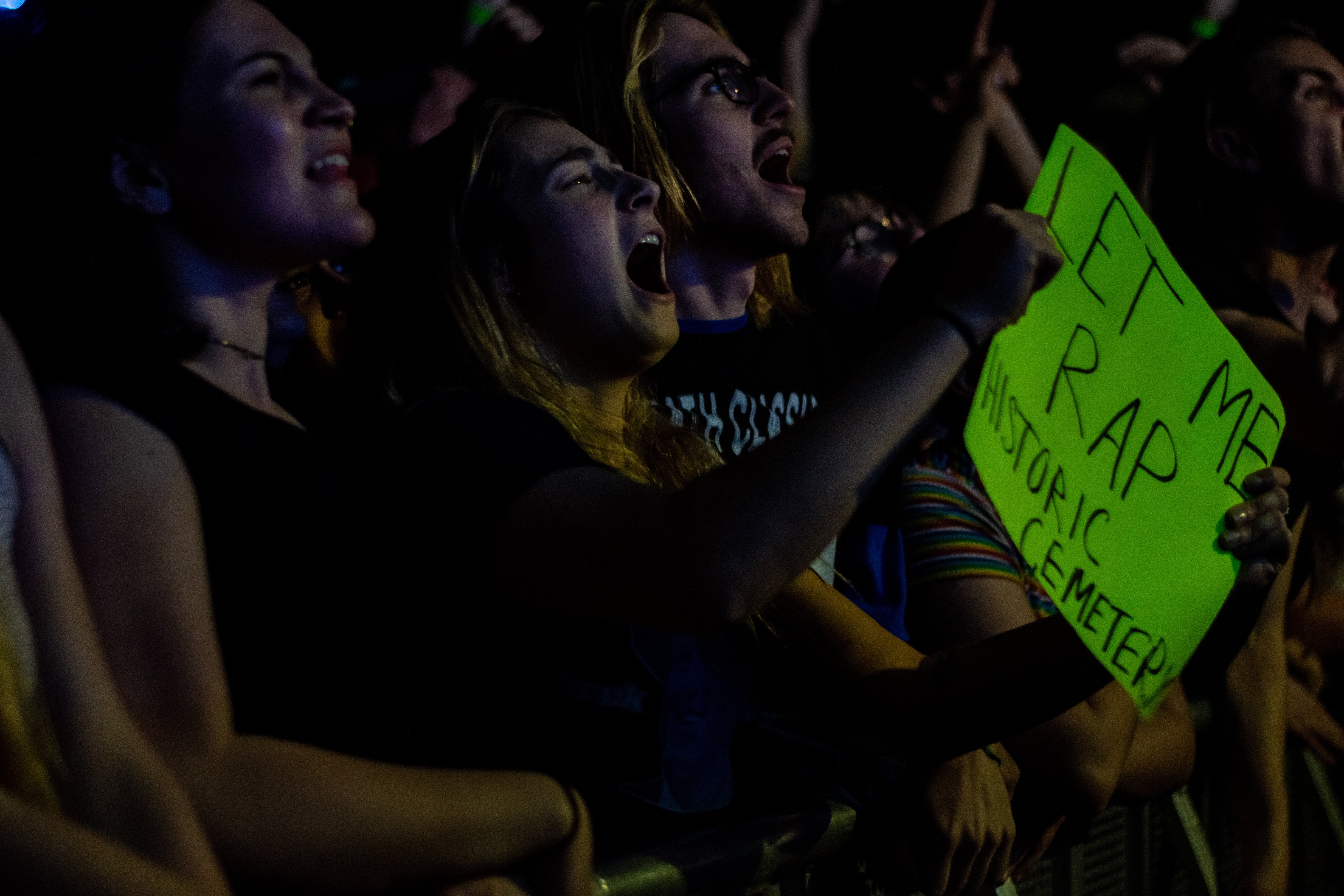 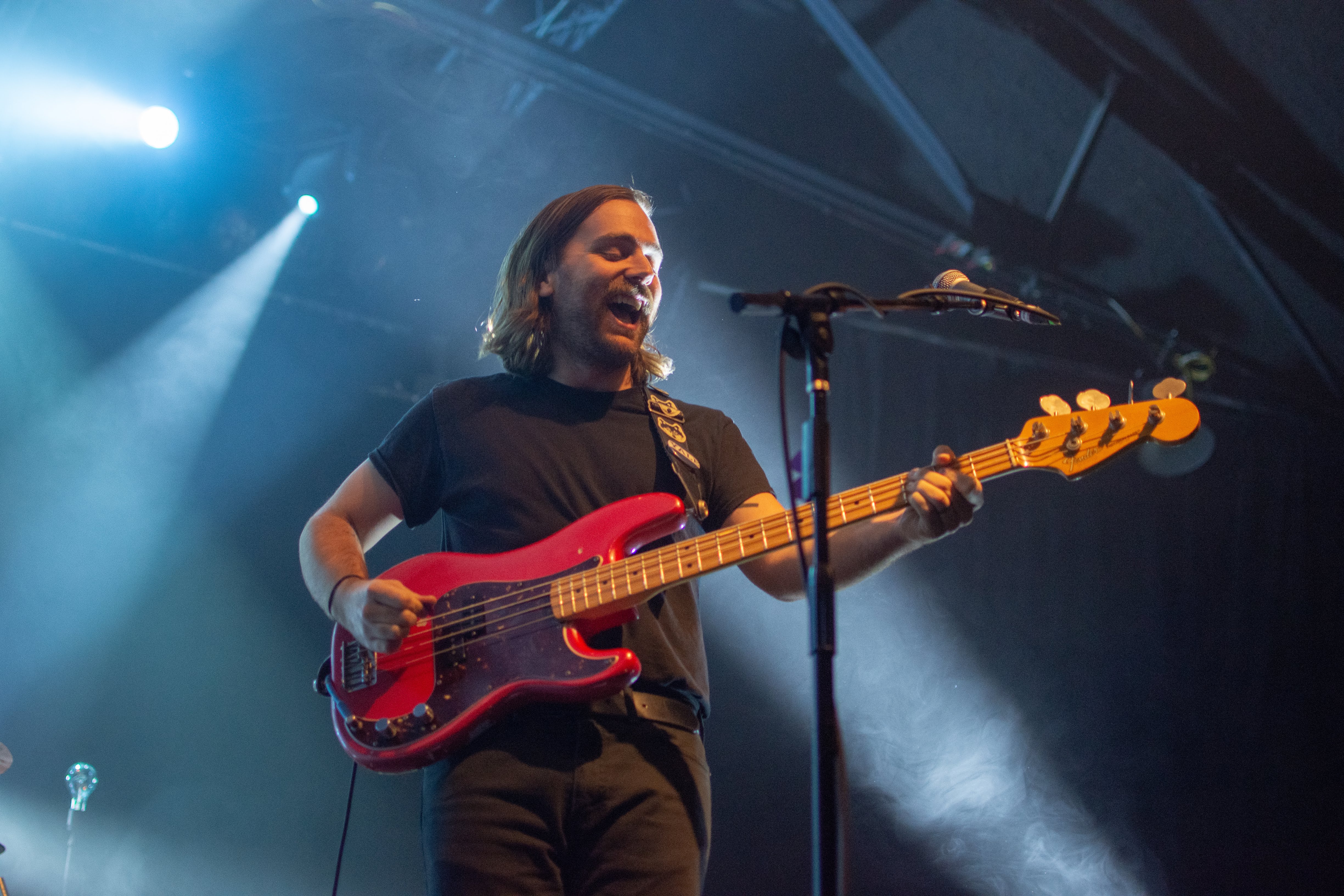 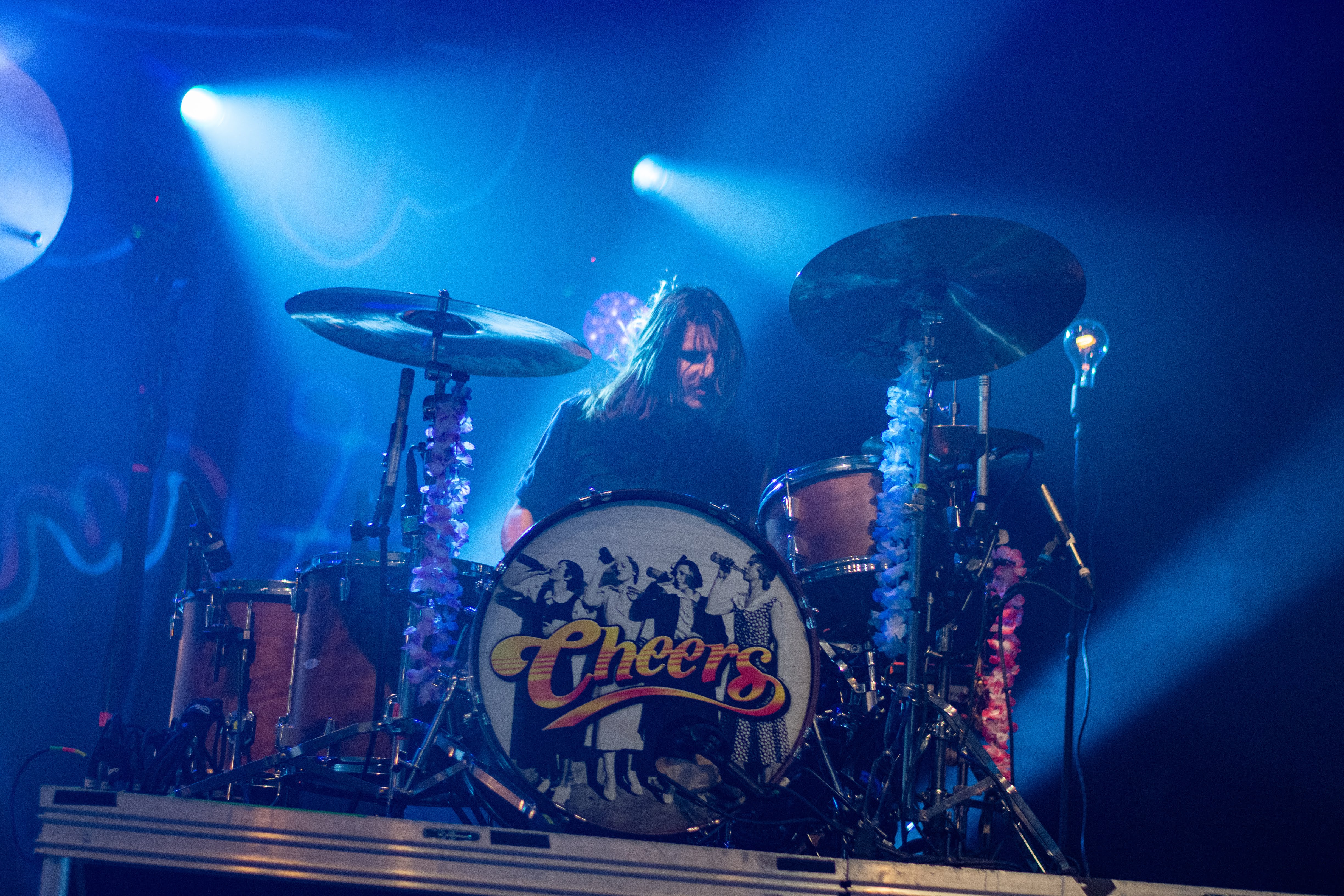