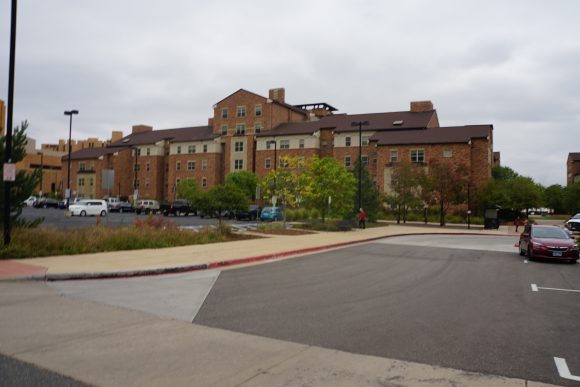 Update: The Boulder County Coroner’s Office identified that Zachary Taylor died by suicide. His family hopes that students seek out confidential, free resources if they need support. A variety of resources can be found at this website. This includes SilverCloud Health, a free online program that offers resources to deal with a variety of difficult circumstances. There’s also the national suicide hotline at 1-800-273-8255 and Colorado Crisis Services at 1-844-493-8255.

For those looking to donate or support services that help students, the family requests donations to Student Support and Case Management.

Update: The resident has been identified as 21 year-old Zachary Taylor according to a press release from The Boulder County Coroner’s Office. The cause of death is still pending following further investigation.

At around 2:30 p.m. on Thursday, September 27, the CU Police Department responded to a 911 call within Bear Creek Apartments, the on-campus buildings in Williams Village. The police were called to check on a student in Building B who was found dead.

Officers released a statement on Twitter saying that foul play was not indicated in their initial investigation. The cause of death remains unknown.

“We are saddened by the loss of our student and extend our condolences,” CUPD’s tweet said. “We are offering support services to those who need it.”

Eldred Foster and Kris Sposato, Bear Creek management, sent an email to residents at 9:04 p.m. informing residents of the death.

“This is a tragic and unfortunate event, and we understand that you may have concerns,” Foster and Sposato wrote. “As Residence Life and Bear Creek Staff, we care deeply about your well-being and are available to talk.”

Adam Benavram, a CU student and Bear Creek resident, lives in Building B, the same building the deceased resident was found in. Benavram says he was coming off the Buff Bus at around 5:00 p.m. when he saw a few police cars parked outside the building.

“Whenever you see multiple cop cars parked outside you always think something went wrong,” Benavram said.

Currently CUPD and the Boulder County Coroner are still investigating the death, waiting to release the student’s identity until next of kin has been contacted.

This is the second student death of the school year that has been public knowledge. (It’s worth noting that CU does not keep track of student suicides.) Earlier this month, freshman Corey Hausman died after falling and hitting his head while skateboarding.