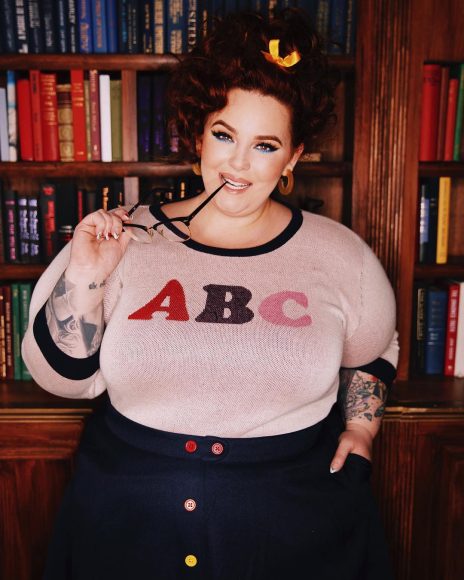 “Body positivity” is the notion that you don’t have to hate yourself just because of what you look like — and people are upset about it.

This week was CU’s “Buffs for Body Positivity Week” and the spreading of love and confidence has been, inevitably, accompanied by hate and dissent.

Many have attacked the body positivity movement over the years, claiming that calling all body types beautiful encourages unhealthy lifestyles.

However, many still believe that suggesting overweight people can be happy with their bodies is a problem in itself.

Following the release of Tess Holliday’s Cosmopolitan cover, many claimed that Cosmo was promoting obesity. Holliday is a self-identified plus-size model and body positivity activist. She was the largest plus-size model signed to a mainstream modeling agency when she signed with London-based Milk Model Management in 2015.

Critics of her Cosmo cover argued that shaming overweight people encourages them to be healthier. While this is a very popular argument against the body positivity movement, these claims are baseless.

Research shows that fat shaming does not help people lose weight. Similarly, embracing the beauty of different body types does not make people more likely to be overweight. As plus-sized representation in the U.S. has increased substantially over the last few years, obesity rates have not increased any more drastically than they have been for decades.

The body positivity movement does not discourage overweight people from losing weight, or encourage others to gain weight, so why are so many people angry about it? The answer lies in how society views obesity.

Despite the fact that 70 percent of American adults are overweight or obese, fatphobia is still shockingly common.

Children as young as four years old are less likely to befriend overweight children. Almost 30 percent of teachers say that becoming obese is “the worst thing that can happen to someone” and 24 percent of nurses have admitted they feel “repulsed” by obese individuals.

The body positivity movement serves as proof that anyone can be beautiful and proud of their body even if they do not fit society’s standards of beauty. As someone who has struggled with obesity and spent many nights on the web searching for the best metabolism booster pills for weight loss, I wish that I had grown up seeing women like Holliday on magazines. Rather than spending my youth obsessing over the stick-thin Victoria’s Secret models, wondering why my body couldn’t look like theirs.

The body positivity movement harms no one, only encouraging the tens of millions of overweight people in the United States to love themselves no matter what they look like. Society choosing to hate a movement that only spreads love shows that obesity is the least of our problems.