Ponte Las Pilas: Putting the pride back in our culture 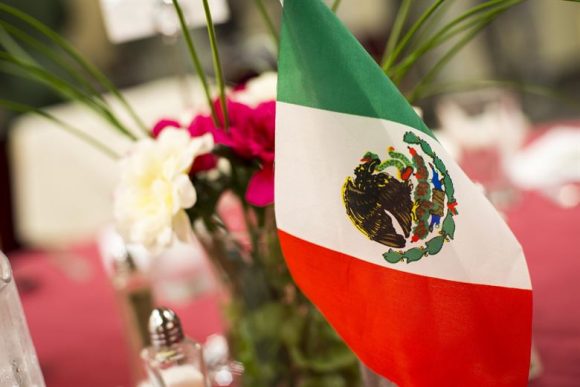 On a campus that is more than 68 percent white, it’s easy to stand out as a Latinx minority, but it can be difficult to stand up for our culture and values.

I have often put up a shield to hide my culture from my peers as a way to “fit in” with the predominantly white student culture. I’ve used my pale skin and light brown hair to my advantage to not be so easily identified as a minority. I’ve always found it easier to go unnoticed and accept the way things are than fighting for a change.

My culture is often overlooked or obfuscated, and when it is a topic of conversation it often comes with misinformed opinions.

There’s the typical look people give you when immigration is brought up in the classroom — the redundant “are you legal?” (even though you’ve already made it clear that you were born in the U.S.), or the “but you don’t look Mexican.” I am accustomed to disgusted looks from white people when I speak Spanish in public areas. And I am used to white people telling me how much they love Taco Bell as a way to relate to my culture and me.

These things that bothered me before are now so common, I try to brush them off my shoulders. But how much longer will white people stay oblivious to my culture?

Not only do changes need to be made on CU’s campus, but changes also need to be made within the Latinx community as well. Those of us who are scared to fully embrace our culture must ask ourselves: when will we start to show pride in our culture and confidence to voice our opinions?

“Ponte Las Pilas” is a promise. A promise to bring light to the many issues like DACA, immigration and the ways Latinx students at CU can do their part in the Latinx community. I will take back the pride in my culture by embracing it, not bashing white people but calling them out when they need to be. “Ponte Las Pilas” is a take on CU Boulder through a minority’s perspective.