The powerful two percent: the price of wearing Greek letters 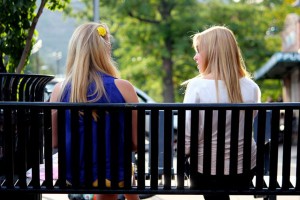 I came from a small town in Connecticut where it seemed as though everyone was the same. It was like living in a bubble, which is exactly why I decided to come all the way to Colorado for college. As a university student, I hoped to avoid falling back into that bubble; to instead take on this new chapter of my life as open-minded as possible.

While rushing a sorority at CU Boulder, I realized that I had to steer away from pursuing Greek life. I was too interested in new experiences, new people and a greater variety of involvement to be confined to a single house of girls who were forced to dress the same way and follow the same rules.

On the surface, Greek life came off as an incredible, life changing opportunity. Coming from Connecticut, I was as anxious as anybody for the social opportunities, camaraderie and the enviable networking opportunities available upon graduation. But the fact of the matter is that joining a sorority or fraternity at CU Boulder would be like returning to the bubble I grew up in. This time, there would be a massive price tag attached.

If you cannot afford the shirts, the formal tickets, or the “sisterhood” retreat, then “you are not one of us.” Registering for sorority recruitment alone at CU is $65 and that does not guarantee your acceptance into one. Even if you are accepted, the new member fee to join any of the nine sororities on campus exceeds $2,000 for just the first year alone. Moreover, those who pursue Greek life –– and CU Boulder students are no exception –– are an overwhelmingly homogenous group.

While most chapters around the nation have not released their demographics, the Century Foundation found that at the most selective colleges within the United States, 70 percent of those involved in Greek life came from the wealthiest quarter of the population while only five percent of those involved come from the lowest quarter. Greek life had inherited “the power of the 2 percent” slogan, referring to the students coming from the most affluent backgrounds who currently make up about two percent of the entire country’s college student body.

Moreover, the average social fraternity or sorority does little to include minority groups. These fraternities and sororities are known across the nation –– and at CU Boulder –– to be predominantly composed of white students. Princeton University was one of the only institutions to release demographic information about their affiliated sororities and fraternities. They found that over 70 percent of their students involved in Greek life are white.

Greek life institutions across the country have been under fire for their discriminatory and racist actions. In some cases, they have openly refused to initiate black students into their house, worried that their inclusion may degrade their socioeconomic status.  The University of Alabama sororities, in their entire history, have only admitted one black student.

I came into my freshman year at CU Boulder excited to meet new people and experience all that college has to offer. Like many other girls, I signed up for sorority recruitment thinking that it would be the best way to branch out. However, after several days of people telling me how I should and should not dress, and constant reminders about which topics we should never bring up while talking to a sorority member, I realized that I was not embracing the college experience at all.

While I was waking up at six in the morning to walk in heels that gave me horrible blisters, my friends were hiking Chautauqua, getting their homework done and were not as stressed out as I was. I was not at college to try and learn how to be just like thousands of other girls. I was at college to learn about who I really am and the kind of person I want to be.