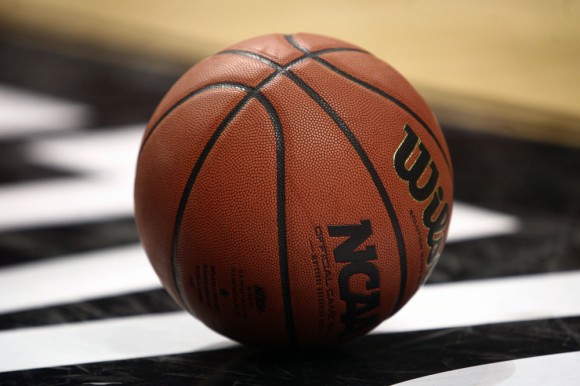 With a new offseason comes a new cycle of getting to know the future of Colorado men’s basketball.

It’s not all bad news though, as the Buffaloes are signing four new prospects as part of their recruiting class for the season.

So, what can we expect from them when the 2018-2019 season rolls around in November? Below is a break down of the new kids on the block:

For the second straight year now, Tad Boyle has snagged the no. 1 ranked player in Colorado, according to ESPN. This time around, it’s not D’Shawn Schwartz, but Daylen Kountz, a left-handed guard from Denver East High School. Kountz is a 6-foot-4 combo guard that has a lot of similarities to Schwartz, even down to the hairstyle.

Kountz showed out in his senior season at Denver East, averaging an impressive 23.2 PPG, 4.7 RPG, 3.8 APG and 2.5 SPG. Kountz’ impressive season led the Angels to a 21-4 overall record and propelled him into the conversation as one of the best high school basketball players in Colorado.

I like to think of Kountz as somewhere in between Dom Collier and Schwartz. Kountz is similar to Collier because he is fearless from beyond the arc, and can switch between playing the 1 and 2 guard spots, something he’ll surely have to do with Mckinley Wright IV at the helm. It’s also worth noting that Collier also attended Denver East.

Kountz looks and plays very similar to Schwartz, and his size, left-handedness and versatility on offense ensures he’ll be a good fit for just about any lineup combination Boyle can come up with. Maybe Kountz can get some mentoring from Schwartz, who can give him tips on how to make the most of his freshman season, or better yet, how to make the most out of his hairdo. Hopefully, they won’t be too hard to tell apart next year.

King’s departure from the team means that the number 24 is now available, and Elijah Parquet, a Beaumont, Texas native from West Brook High School, is looking to take on the challenge of following up King’s career in his jersey number. Parquet’s 6-foot-4 frame makes him extremely versatile on both ends of the floor, whether it’s finishing contested layups or rising to block shots on the other end.

With plenty of experience playing point guard, he could be a good addition to any lineup with his unselfishness. He can penetrate to get open looks for shooters, work in the pick and roll or even attack the basket himself. Parquet has the size of a small forward, but the ball skills and vision of a point guard, which is sure to be a potent combo on a team that lacks slashers and has good shooters at nearly every position.

Parquet’s intensity doesn’t stop on the offensive end though. His tall frame can stifle opposing guards, and his long arms, awareness, and defensive intensity can hopefully replace at least some of what King brought to the Buffs defensively. The Buffs are getting a promising two-way player in Parquet, who is sure to play a variety of roles next season given his diverse skill set.

With Collier and King departing from the Buffs, there is an obvious void when it comes to three point shooting. Enter, Shane Gatling. Gatling has been a standout for Indian Hills Community College in Iowa, averaging a cool 16.6 PPG and leading his Warriors to a 33-1 record on the season.

Gatling is the perfect guy to fill the void on the perimeter, and could even see time at the point with his athleticism and handles. The incoming junior is a marksman from beyond the arc, tying the IHCC program record of 102 three pointers in a season. Gatling attempted nearly eight three pointers per game last season, converting on 38.9 percent of his attempts, certainly not a bad clip especially given his high volume.

Gatling is exactly the type of combo guard the Buffs need, because he can come into the play the point when Wright IV takes a seat, but can also work in conjunction with Wright IV on catch and shoot opportunities, much like Collier did. Having two ball handlers on the floor opens up the floor for the Buffs, giving shooters and big men alike more opportunities.

Everything about Gatling is reminding me of Derrick White. Just a couple years ago, White came to Boulder after transferring from the University of Colorado, Colorado Springs, where he averaged 20+ points per game. White became an instant hit when he first saw the floor, earning the keys to the offense in no time and becoming the team’s star player.

I see some of the same features in Gatling that I saw in White. Much like White once was, Gatling is an overlooked but immensely talented guard from a lower division who has proven himself on a competitive level. Experience is one thing Gatling has over these other recruits, and with two years of eligibility left, he could step in and make an immediate difference.

Perhaps one of the most intriguing signings this offseason is that of Czech power forward Jakub Dombek from the Get Better Academy. If the current roster stays as is, Dombek will be the fourth international player on the roster, joining Lucas Siewert, Alexander Strating, and Lazar Nikolic.

If you asked Dombek who his favorite player is, I’d bet he’d say Kristaps Porzingis, because it seems like he’s learned a thing or two from the Knicks superstar. Dombek has unprecedented speed and athleticism for a 6-foot-10 big man, and when he’s not above the rim dunking on the fast break, you can find Dombek at the three point line knocking down shots in opponents’ faces.

Dombek appears to be a capable and willing passer as well, which I’m sure Boyle was impressed with when reviewing his tape. His leaping ability makes him a threat on both sides of the floor, whether it’s dunking over defenders or absolutely deleting an opponent’s shot attempts on chase-down blocks.

Dombek will join the Buffs’ rotation of big men, which is already a deep pool consisting of Dallas Walton, Tyler Bey, Evan Battey and Lucas Siewert. Dombek has his work cut out for him if he wants to ascend the depth chart, but if he’s up for the challenge and ready for the big stage, then he can become a piece of what is looking like an already very potent big man rotation.

Overall, this year’s recruiting class is very promising. Losing King and Collier is a big blow to CU’s perimeter shooting, but Gatling and Kountz are young and fearless and should be confident enough to pick up the volume left behind by the two graduating seniors. Unfortunately for Miller-Stewart, his last season ended with disappointment as he was downed by an injury early in the year. Miller-Stewart’s departure opens up playing time for the rest of the young big men in the rotation, including Jakub Dombek. The Buffs now have five guys who can play center instead of just relying on one or two. The question will now be whether or not these newcomers can make enough of a difference to finally bring the Buffs back to the NCAA tournament.