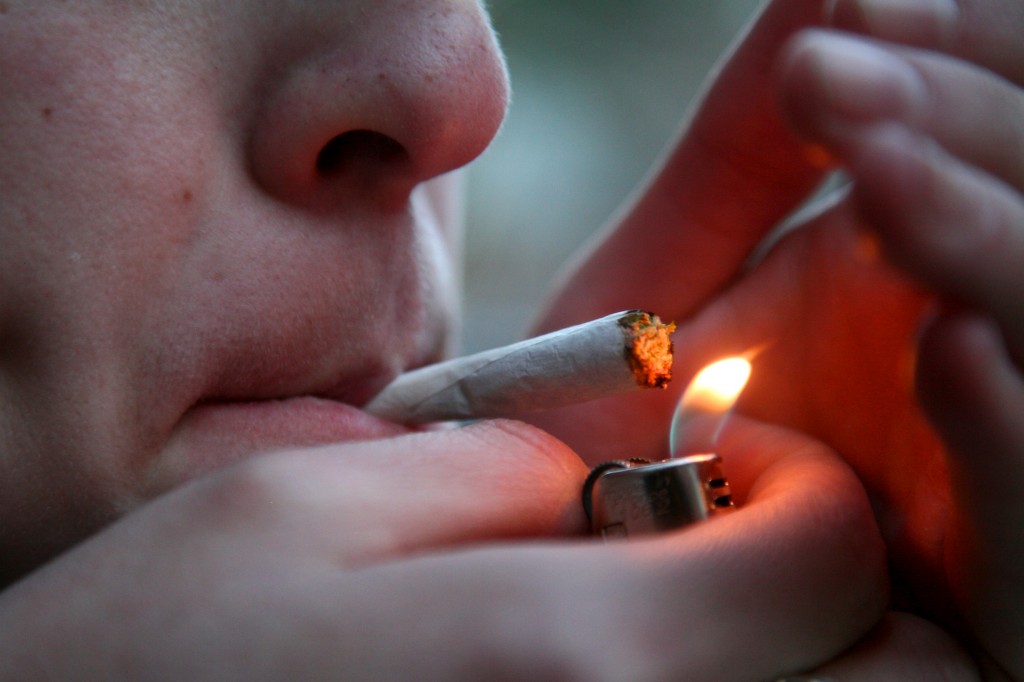 As the class of 2018 inches closer to graduation, the pressure to get a job is higher than ever. Many jobs, however, include a urine or hair drug test in the recruiting process. Companies have every right to test for hard drugs — cocaine, molly, opioids, etc. — testing for marijuana should not be allowed.

According to Newsweek, 60 percent of Americans support the legalization of marijuana on a federal level. By the end of 2018, only four out of 50 states are expected to have no access to marijuana. Right now, over half of the United States have legalized medical marijuana.

The benefits of weed far outweigh the negative effects, especially for college-aged people. The plant may help users to reduce anxiety and stress, regulate sleep patterns and regain appetites. Employers care about workplace productivity — which relies on employees getting sufficient sleep, eating enough and having focus and energy to complete tasks.

Colorado is a pioneer of marijuana legalization, and it has led to many benefits in the state — the economy has boomed, violent crime has decreased and the unemployment rate is the lowest in the country.

The two years following the legalization of marijuana saw a six percent decrease in the number of opioid overdoses. It also helps people suffering from alcoholism, as weed is much safer and doesn’t pose the physical, mental and addiction risks that alcohol does.

Marijuana is constantly lumped with the drug problem in America. However, it has no addictive properties, no related deaths and no overdose incidents. People don’t go to rehab for weed. And if a person does decide to stop smoking, there are no withdrawal symptoms.

Two drugs that are constantly abused and glamorized are cocaine and alcohol. For example, in The Wolf of Wall Street, Jordan Belfort embodies the partying lifestyle of wealthy Wall Street professionals — half the movie is the cast doing blow and drinking copious amounts of alcohol. Cocaine exits the system in 24 hours, and alcohol is hardly ever tested for by employers. Cocaine is the tenth deadliest drug in the world, while alcohol is the second. Marijuana didn’t make the list.

Because marijuana is still recognized as an illegal substance on the federal level, the policy regarding drug testing for weed is blurry. The Obama administration advised attorneys to give state law preference over federal law when it came to marijuana cases. The Trump administration is trying to reverse that, as Attorney General Jeff Sessions is extremely anti-marijuana.

Alcohol and drug use at work should never be allowed, but if employees ingest weed after work — especially when it positively impacts their health — they should not be punished.

Why is it acceptable for a college graduate to go to the bars on a Thursday night, get wasted and then be hungover for a full workday after, but smoking a joint, going to bed and waking up feeling refreshed and productive could possibly cost them a job?

The marijuana industry has brought $200 million dollars in tax revenue to Colorado, which has helped build public schools, parks and more. We are in a time where unemployment is at the lowest it has been in over a decade, and a Gallup poll found that 12 percent of Americans smoke pot. There is no better time than now to remove marijuana pre-employment screening, especially when it has proven health benefits.

A commonly used and abused anti-anxiety medication is Xanax. Often combined with alcohol — especially on college campuses, where students sometimes look to black out immediately — this drug has caused plenty of death and overdose. Prescribing medicinal marijuana or even CBD — cannabis that lacks THC or any consequent psychoactive effects — can significantly decrease anxiety levels without the addictive and highly dangerous effects of Xanax.

With the legalization of recreational marijuana spreading to more states with every election season, it makes as much sense to test for marijuana as it does to test for alcohol  (and alcohol is far more dangerous, deadly and addictive). In states where it has been legal for years — such as Colorado and Washington — employers should not be allowed to test for marijuana, even if they are national organizations.