Opinion: Ann Coulter and the importance of hearing her out 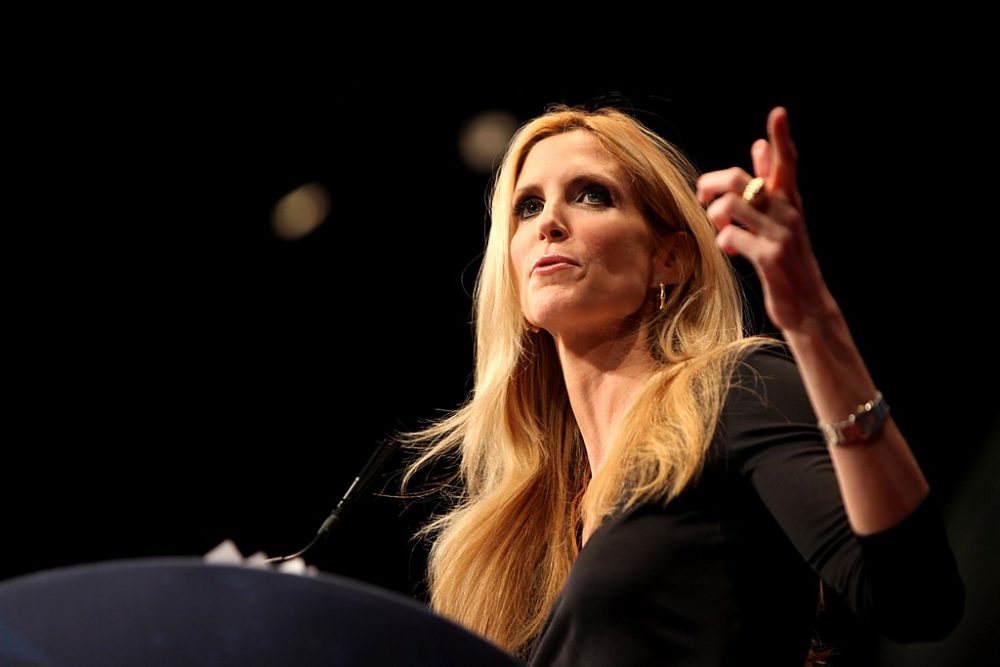 When Turning Point USA at CU Boulder announced that they would be hosting Ann Coulter, conservative commentator, author and columnist to speak at CU on March 21, mixed cries sounded from both Twitter and Facebook. Some were brimming with anticipation to see how a pot-stirring conservative commentator would be received on campus. Others were shocked at the idea that the university would allow someone with harmful opinions to speak and were already contemplating protesting the event.

“We believe that open dialogue and debate is the hallmark of college campuses,” said CU Chapter President Ashley Mayer.

Free speech and exchange of different views are vital to the development of political opinions, and I support Turning Point USA’s decision to host Coulter on campus. Many people use college as a time to become politically active, meaning it is important to expose college students to people from both ends of the political spectrum.

Mayer said that Turning Point USA believes the sole definition of free speech lies in the First Amendment. To demonstrate this embodiment of free speech, the organization brings conservative speakers like Coulter to campus.

“Ann is a successful conservative who embodies and defends the first amendment,” Mayer said.

While many may not agree with Mayer’s statement about Coulter, it is true that Coulter has found some type of fan base. Coulter has 1.94 million followers on Twitter. Coulter is also an accomplished author and columnist. She has 12 published books, including “Never Trust a Liberal Over Three — Especially a Republican,” and “Demonic.” She also appeared on MSNBC, CNN and Fox News as a legal correspondent.

Coulter definitely exercises her right to freedom of speech. She is known for her outrageously offensive comments, which usually do one of two things: slanders liberals or endorses Christianity — sometimes both.

To name a few instances:

“Liberals hate religion because politics is a religion substitute for liberals and they can’t stand the competition.”

“God gave us the earth. We have dominion over the plants, the animals, the trees. God said, ‘Earth is yours. Take it. Rape it. It’s yours.'”

“There are a lot of bad republicans; there are no good democrats.”

Coulter was scheduled to speak previously this year at UC Berkeley but was unable after the conservative group that invited her pulled their sponsorship, and protesters threatened safety. Milo Yiannopoulos was also unable to speak at UC Berkeley for the same reasons.

“Her story from UC Berkeley inspired us to fulfill her right of freedom of speech on a major, public university,” said Mayer.

In the official press statement about Coulter’s appearance on campus, Coulter said, “I can’t wait! We’re going to have a good time. Even liberals will enjoy themselves.”

Despite the laundry list of offensive quotes and her condescending nature towards those on the left, the controversy surrounding Coulter is representative of a key part of democracy. The beauty of democracy is the right to choose what you do and what you believe as an individual. It is up to you to decide what you think about Coulter and others like her, and the only way to make a fair decision is by hearing what she has to say and not necessarily what others have to say about her.

This isn’t the first time a controversial speaker has been brought to campus by Turning Point USA. Last year, the organization hosted Milo Yiannopoulos. Many students protested his appearance, calling Yiannopoulos out for his use of hate speech rather than free speech.

In addition to free speech, Turning Point USA advocates for the elimination of safe spaces, or spaces that students are free from hateful speech and discrimination.

“Safe spaces foster a false idea that when someone is offended, they can run to a place where all becomes good in the world,” Mayer said.

Perhaps the reason that Turning Point USA decided to host Coulter was to prove the very point that no one is safe from offensive people.

She’s right. In the real world, bigoted people are inescapable. In an ideal world, safe spaces are unneeded due to the concept of basic human decency. We don’t live in an ideal world, so maybe Turning Point USA is doing us a favor by desensitizing us to the extremities of the “real world” by inviting people like Coulter and Yiannopoulos to speak on campus.

In a time where politics are so divisive, it is important for individuals to decide what they believe. Otherwise, it is just one political extreme against the other, with no understanding to bridge the gap between the two. Bridging the gap might mean attending Coulter’s speech if you disagree with the things you’ve heard about her. The only way to create understanding is by being informed. So, I encourage you to listen, read and discuss against your own biases. You might surprise yourself.

Libby is a student in her third year studying Journalism with minors in Business and French. She is the head Opinion section editor. Libby loves working with people and having the opportunity to learn from and help others through her work.