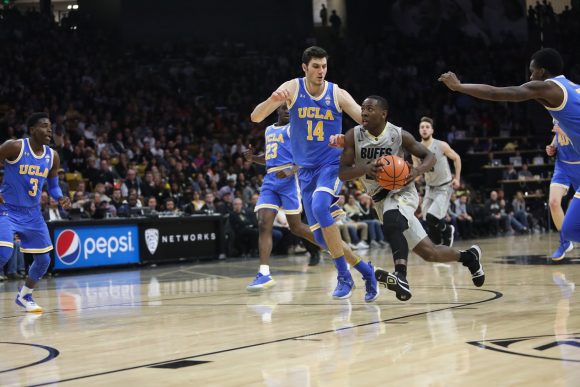 The Colorado Buffaloes faced UCLA at the Coors Event Center on Sunday afternoon on Senior Day and sent their seniors off on a high note by winning their final home game of the season, 80-76 ending a three-game losing streak.

The last time the two teams met back on Jan. 13, senior guard George King’s double-double propelled the Buffs to a 68-59 road victory, which was the first time the Buffaloes bested the Bruins at Pauley Pavilion.

This time around, the Buffs had more offensive balance, with five players scoring in double digits. The win marks the first time in program history that the Buffs have swept a season series against UCLA.

It was an emotional night for seniors Dom Collier and King, as they bid their farewells to the Coors Event Center. King got teary-eyed before the game during the senior’s ceremony when he got a special message from his mom on the big screen.

Collier was emotional as well walking alongside his parents during the ceremony.

“That’s when it really hit me that this was the last time I’d play in this building,”  Collier said after the game.

The seniors’ families brought out the best in them, as Collier finished with 19 points, a career-high at home, while King added 16. Collier nailed five three-pointers in the win.

“They played like seniors,” head coach Tad Boyle said after the game.

Heading into the game, it seemed poised to be UCLA guard Aaron Holiday’s day to shine, as NBA scouts from across the league came to watch him play. Holiday got off to a good start, but a technical foul in the first half turned everything upside down, as after that he didn’t play his best basketball.

Despite finishing with 21 points, Holiday shot just 6-for-19 from the field.

The last time around Holiday was the focus of the Buffs’ defense, and the Buffaloes held him in check. He scored just 10 points in that game, and Colorado similarly kept an eye on him Sunday despite leading the Bruins in points.

Perhaps it’s a testament to freshman guard McKinley Wright IV’s defense, as the freshman phenom was thrown into the fire against one of the Pac-12’s best guards in Holiday and held his own.

Wright IV is a fierce competitor, and perhaps some trash talk between him and Holiday, apparent throughout the game, motivated him to play his best.

Collier came ready to play, as his three-point shooting gave the Buffs momentum and had the crowd roaring. He was able to get open in transition a couple times and didn’t hesitate to let it fly.

“[Wright IV] and all the other guys kept finding me and then I’m just ready to shoot it,” Collier said after the game.

Boyle called Collier’s success “heartwarming” and added that he was a legitimate contender for the Pac-12 sixth man of the year award.

“Dom, you could tell his body language, his demeanor, his eyes, he was ready to go from the get-go,” Boyle said.

The Buffs were up 45-36 at the half, but a second-half surge from the Bruins and a long scoring drought for CU at the beginning of play brought the score to a tie at 54-54 with under nine minutes left to play.

One of the only highlights of the beginning of the second half was a monster and-1 alley-oop dunk from freshman center Dallas Walton that had the crowd going ballistic.

CU eventually got it going, however, as a three from sophomore forward Lazar Nikolic gave the Buffs the lead and broke a scoring drought that seemed to last an eternity. It was Nikolic’s only points of the game, but the basket was a big boost.

“That was a big shot,” Boyle said after the game. “That shot was a game-changer.”

That three from Nikolic proved to be bigger than itself, as the Buffs parlayed that momentum into what would become a 17-1 scoring run, putting the game nearly out of reach for the Bruins even though the score was tied just five minutes prior.

Boyle was particularly impressed with how his team played in the second half and down the stretch.

“Every time we struggled offensively, we were getting stops,” he said. “Today, we made plays offensively and defensively down the stretch.”

Despite the afternoon being focused on the seniors, the underclassmen were not lacking. Wright IV finished with 10 points and eight assists, his fourth game on the season with at least eight assists.

“We wanted to play for [the seniors] tonight and I’m happy we got the W,” Siewert said.

With senior leaders Collier and King graduating soon, it’s up to this young core of the Buffaloes to step up to the plate. King didn’t seem too worried about this, giving some straightforward words of encouragement to the younger players as they prepare to take the helm of the program in the years to come.

“I think Colorado basketball is in good hands,” King said.

The Buffaloes, now 16-13, travel to Utah to take on the Utes in their last game of the regular season. Then it’s off to the Pac-12 tournament in Las Vegas, where, as King put it, “anything can happen.”

The Buffs and Utah tip-off from Salt Lake City at 5 p.m. MST on Saturday, March 3. 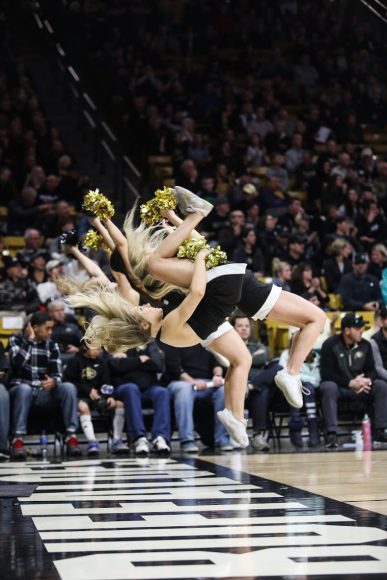 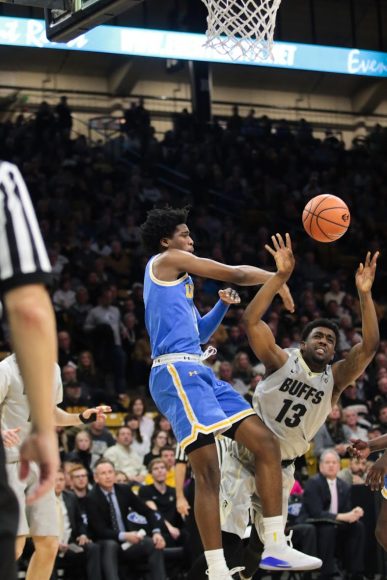 Namon Wright throws the ball during the CU vs. UCLA game on Feb. 25, 2018. (Bri Barnum/CU Independent) 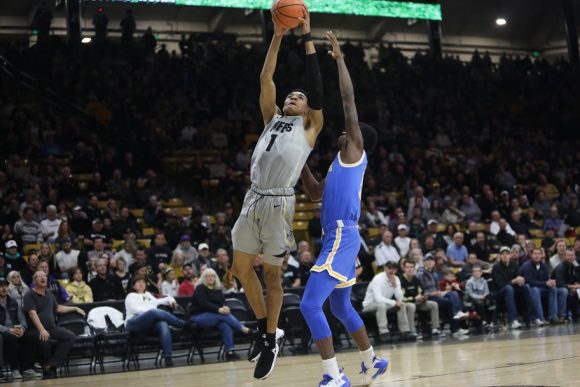 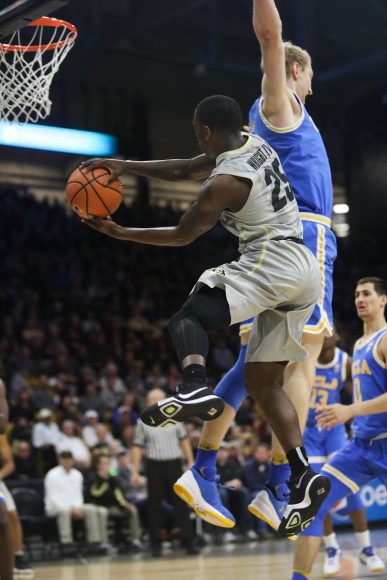 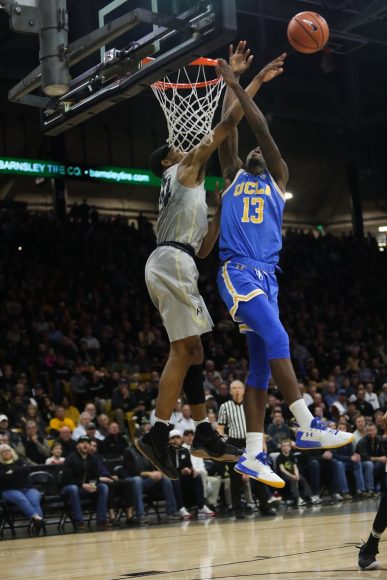 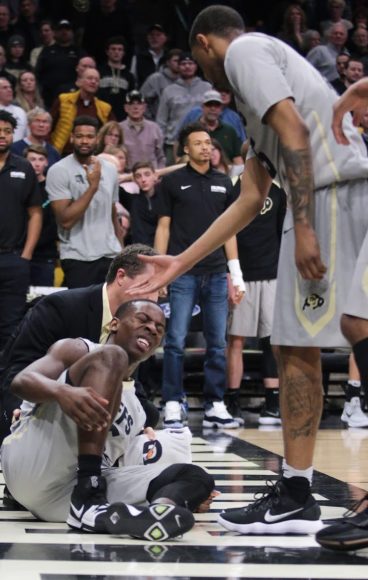