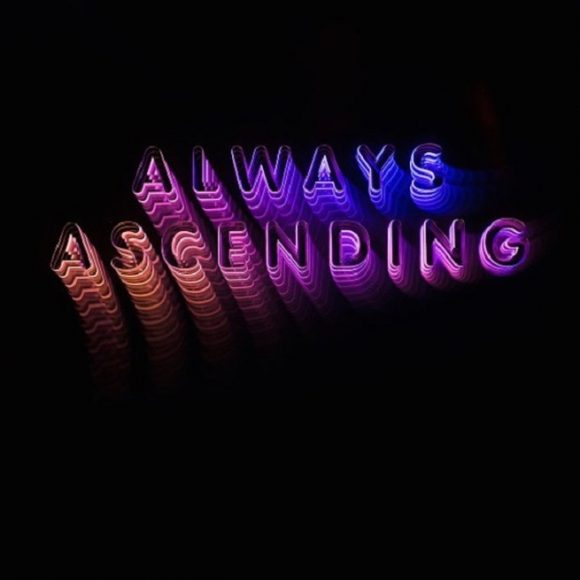 In light of the release of Franz Ferdinand’s latest album, Always Ascending, it is important to take a glimpse deep into the roots of the so-called “early 2000s one-hit-wonder band” and determine if that title is a genuine one.

The Scottish band found its beginnings in 2002 but did not begin releasing its music until their first ep in 2003. One year later their debut album, Franz Ferdinand, hallmarked their fame and was recognized by The Rolling Stone as one of the top 100 debut albums of all time. The album was most likely granted that accolade because of its most famous track, “Take Me Out.”  The song immediately met the world’s ever-present desire to jam to overpowering teen angst.

Amidst a number of their albums going unnoticed after 2004, Franz Ferdinand was only able to muster up one more head-banging hit song called “No You Girls,” from their 2009 album, Tonight: Franz Ferdinand. Despite not carrying the same weight as the previously mentioned track, “No You Girls” uplifted the band out of the realm of one-hit-wonder-dom.

Setting aside their most well-known songs, Franz Ferdinand’s other works and overall style have been extremely underrated. The band has done the nearly impossible job of keeping a consistent, catchy feel to their material, as well as evolving into the times and needs of their fans. Franz Ferdinand’s frantic punk-rock, disco-infused roots have traveled with their music through time and unlike other bands that found their beginnings in the early 2000’s (lookin’ at you Fall Out Boy), Franz has been able to keep that factor alive in their music without sacrificing good taste.

Within their first album, many of the tracks were overshadowed by “Take Me Out” even though the whole work posed some of the best elements that a seasoned music appreciator would adore. Within Always Ascending, these elements were utilized often, yet with a refreshing and alternative take on the band’s original spirit.

The first song on Always Ascending, “Always Ascending,” has a very similar makeup to the first song of Franz Ferdinand called “Jacqueline.” The beginnings of both songs start off slow and ballad-like. Lead vocalist Alex Kapranos has a very distinct, nasally yet deep voice that echoes the rattling sound of the millennium’s early years. Luckily for Kapranos, his voice has remained appealing through the ages and has become a dead giveaway for Franz Ferdinand’s material.

These two different, yet similar songs suddenly shift into a punk rock breakdown of fast paced guitar and drums turning them both into immediate headbangers. A  key difference that “Always Ascending” has over “Jacqueline” is that the song is a better adaptation for the current times and trends in music. The track is speckled with various add-ons of bleeping synths and electronic bass, though it still has a healthy dose of Franz Ferdinand’s original punky roots.

Always Ascending is entertaining, but unfortunately resembles a sort of easy way out on the band’s part. Their songs are catchy and provide an overall enjoyable and nostalgic experience, however listening to the album is not the most fulfilling experience. Lately, several bands such as LCD Soundsystem and The Killers have dipped their toes into a new-wave in the music world called “the 2000s revival.” This trend takes the punky, ’70s glitz infused rock and attempts to give it a modern twist using a higher paced synthetic beat.

With that in mind, some of the tracks on this new LP come off as a tad cliche. Fortunately for Franz Ferdinand, their distinct characteristics such as Kapranos’s voice and groovy rhythms distill some of the repetitiveness that can be linked to similar bands’ works.

Franz Ferdinand’s ability to create vivacious, intricate beats is the band’s strongest suit. The members of Franz have done a stellar job working together to incorporate the insanely groovy guitar riffs and slamming drum beats in order to produce mind-clouding creations.

The track within Always Ascending that steals the gold in the “fire-beat” category is “Lois Lane.” The several layers sewn within the composition are seemingly uncountable. The lyrics come in right away without an introduction. Already, a build-up of different sounds progress as Kapranos subtly sings the catchy lyrics. When the chorus comes around, a repetitive electric keyboard uplifts the song giving a more disco-pop vibe. A galactic synth also joins the mix along with a deep, earthy base.

“Lois Lane,” a song about hopeless thirty-year-olds at a singles night, reflects a bleaker side of the rock spectrum, yet the band’s ability to infuse so many musical elements and sounds into the track gives the listener a real run for his or her money. Instead of paying attention to the negative tone of the lyrics, it is easy to get lost within complex and flowing melody.

Towards the end of the song, a more traditional bass and drum rhythm shines through the rest of the instruments throwing the song back into an early 2000s indie-rock blast from the past. The bass develops a jagged touch and the drums become more static and tough. The progression within “Lois Lane” distinctly highlights the complexity of almost all of the pieces within Always Ascending. It is easy to tell that Franz Ferdinand put a lot of mind and matter into their newest works of art.

The epic sensation brought to anyone in part of hearing “Take Me Out,” even 14 years later, will probably never die.  However, it is unfair to characterize such a talented band with only one song. By giving Always Ascending a listen, a whole new perspective can be formed on Franz Ferdinand that may leave a listener with a fresh outlook on a nostalgic desire.