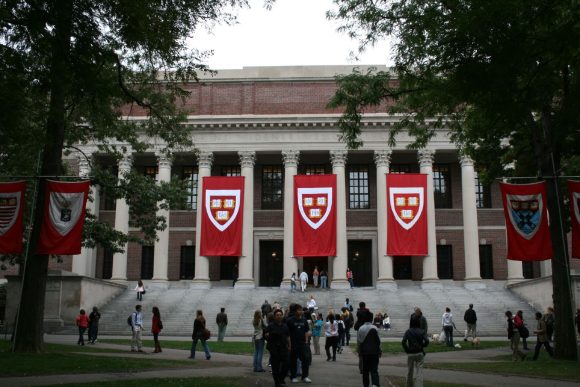 What is college without Greek life?

At least that’s what Harvard is hoping for. In the fall of 2017, Harvard officially enacted its 2016 decision to penalize all single-gendered final clubs, sororities and fraternities.

This decision came after 19 months of protests and controversy that led Harvard to modify its initial plan of banning all single-gendered clubs and Greek organizations to just a penalization. The penalization means that any student who chooses to participate in single-gendered final clubs or Greek life will be barred from “holding leadership positions in recognized student organizations, becoming varsity captains, or receiving College endorsement for prestigious fellowships.”

Harvard was inspired by the colleges Amherst and Bowdoin who completely banned Greek life in an attempt to combat the issue of sexual assault on college campuses — an issue that is prevalent at Harvard.

A survey revealed that 31 percent of female undergraduates respondents at the college had “experienced some kind of sexual assault during their four years at Harvard.”

Twenty eight percent of female undergraduates report being assaulted during their four years at CU — that is approximately eight percent more than the national average for college women and only three percent less than the female students at Harvard. In addition, 92 percent of sexual assaults at CU Boulder go unreported. The national average for unreported sexual assaults of college women is 80 percent.

Though the statistics of Harvard and CU are eerily similar, the universities have handled this issue in two very different ways. While Harvard has decided to address these issues by drastically limiting Greek influence on their campus, CU has allowed fraternities to run rampant.

The detrimental effects of these clubs convinced Harvard that they can no longer hold a place within their campus if they wish to foster a safe and inclusive home for their students.

As explained by Rakesh Khurana, dean of Harvard, “the discriminatory membership policies of these organizations have led to the perpetuation of spaces that are rife with power imbalances.”

“The most entrenched of these spaces send an unambiguous message that they are the exclusive preserves of men,” said Khurana. “In their recruitment practices and through their extensive resources and access to networks of power, these organizations propagate exclusionary values that undermine those of the larger Harvard College community.”

CU Boulder has also unaffiliated fraternities; however, they have decided to ignore the negative influence that Greek life continues to have.

After the death of a pledge in 2004, CU Boulder attempted to set new rules and regulations for fraternities, including eliminating fall recruitment. The fraternities refused these conditions and were officially unaffiliated from CU. This decision gave fraternities even more freedom than they had before.

In 2013, Marc Stine, spokesman for the Interfraternity Council, told the CUI that lack of university control has caused fraternities to thrive. He stated that recruitment had more than doubled and that CU Boulder has exactly “zero” control over fraternities.

What was meant to be a punishment has turned in the fraternities’ favor, and that is evident in their unwillingness to reaffiliate with the university.

While CU pretends that they have taken control over the dangerous situation created by fraternities, in reality, they have turned a blind eye and are allowing frats to be as destructive and problematic as they always have been — but now, with no university regulation.

As CU fraternities’ recruitment and freedom continue to rise, sexual assault is still a major issue at CU Boulder.

CU Boulder is now left with horrifying rates of sexual assault and a completely unchecked amount of control held by fraternities. What is there to be done? Follow Harvard’s lead and end the reign of power of Greek organizations.

It has been proven again and again that Greek organizations increase sexual assault, indicate unhealthy levels of alcohol consumption, and have caused the deaths of hundreds from hazing. Allowing CU’s fraternities to exist without any kind of regulations from the university is creating a dangerous environment for all CU students.

CU Boulder should take Harvard’s bold decision as an example of what universities do when they actually value the safety of their students.

Greek life is not more important than the lives of the men and women its endangers.