Opinion: The future of affirmative action 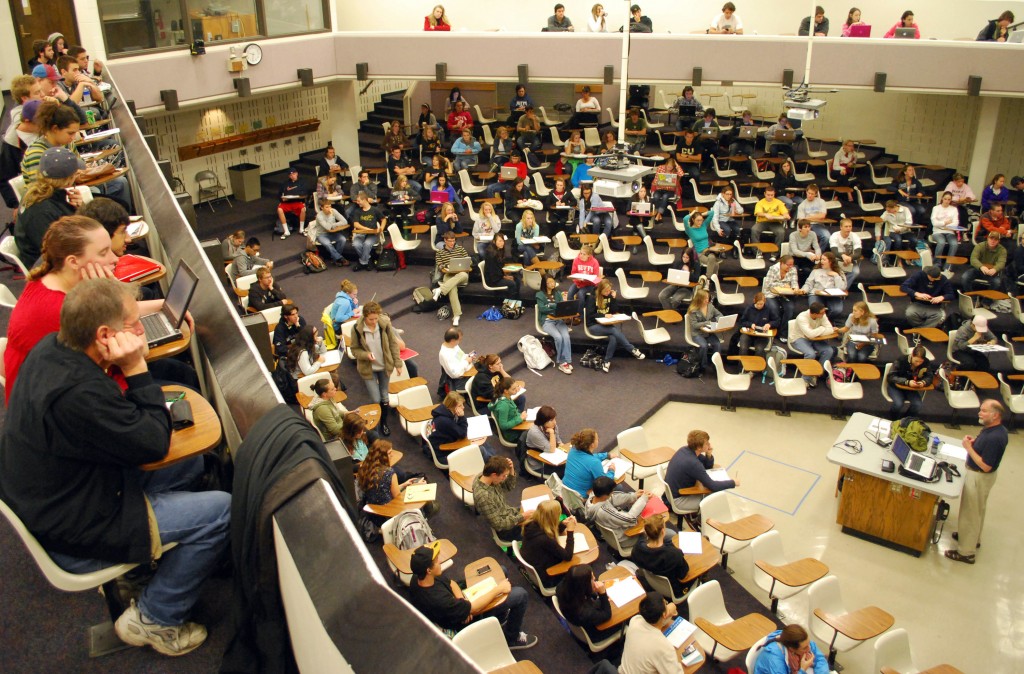 Affirmative action as we know it is on its last legs.

Whether it’s defeated in a future Supreme Court case or in your local ballot box, the future of race-conscious affirmative action is dubious at best.

But this isn’t a death sentence to our shared ambition of making college campuses more inclusive for all Americans. In fact, it’s an obligation to do exactly that.

CU Boulder should be an engine of opportunity. Our student body should reflect and serve our state’s college-age population. So, how do we secure a race-neutral future for affirmative action?

Consider one of diversity’s many virtues: it is educationally beneficial. A plurality of perspectives interrogating new, unorthodox, even offensive ideas lends students an improved ability to criticize those ideas they denounce and defend those they support. More importantly, engaging with different perspectives often changes and broadens one’s own. This is, essentially, the same message contained in the inscription above the entrance to Norlin Library, “Who knows only his own generation remains always a child.”

If racial diversity isn’t necessarily prerequisite to intellectual diversity, the latter and (perhaps indirectly) the former, are achievable through a race-neutral approach.

In 2009, CU Boulder found that a class-conscious, race-neutral admissions metric was 20% more likely to admit applicants from severely disadvantaged socioeconomic backgrounds and 9% more likely to admit applicants from underrepresented minority groups than a race-conscious approach. Simply put, “[b]lack, Latino, and Native American applicants were more likely to be admitted under the class based approach.” It is worth noting that the class-conscious approach did not affect academic qualifications for admissions by any measure of statistical significance.

Perhaps it is conceptually convenient to assume that racial diversity is most directly and appropriately attained through a race-conscious approach. However, it is important to consider the inadequacies of race-conscious affirmative action (a position this University partially reoccupied in 2011), which I classify as threefold.

First, admissions policies shouldn’t strive for conceptual convenience; they should strive toward a fair, holistic review of every student. If the ambition remains oriented toward holistic, intellectual diversity, it is wise to consider additional markers of identity to promote more than just racial diversity.

Second, the legal future of race-conscious affirmative action is uncertain. Class-conscious approaches are on firmer legal ground because socioeconomic status is not a protected class under the 14th Amendment.

Third, admissions metrics that too heavily advantage any non-academic criteria (legacy status, athletic ability, class or race) over the potential for academic success do not move the University towards supporting opportunities for sustainable social mobility. Every student should thrive at CU Boulder.

Every student should be supported in his/her pathways to success. Access without success is not sustainable. There are broad enough ways to interpret qualifications to both diversify our campus and consider each student’s potential for success — the class-conscious method is one such approach.

So where can CU Boulder go from here? This institution and its student body should consider our unique position as Colorado’s flagship university. We will produce many of our state’s leaders — in politics, business and many other professions. Do we want to be an “engine of inequality” or an engine of opportunity?

The education and income disparities between the rich and poor have become far more pronounced than those between whites and minorities. Perhaps it’s time we re-consider what affirmative action should achieve accounting for these new contingencies.

Our forthcoming diversity plan should value a holistic vision of diversity. Our admissions policies should continue to reward resilience, resolve and work ethic — qualities that are remarkable indicators of success both in college and in life. Studies show that college applicants who are disadvantaged by socio-economic status possess a higher predisposition to exhibit these qualities than their privileged counterparts.

It’s time our state’s flagship university start capturing more of those applicants’ potential. It’s time we more seriously implemented class-conscious approaches for their dual benefits of improving racial diversity and social mobility. Because in America, income inequality is only acceptable when social mobility is always possible.