Colorado’s deadly gun violence, as told by its victims

On July 20, 2012, Alex Sullivan was celebrating his 27th birthday at the midnight screening of “The Dark Knight Rises.” Aurora’s Century 16 theater was packed with as many as 400 people that night when a gunman opened fire. Alex died alongside 11 others, with 70 inured (58 from gunfire, four from tear gas and eight from fleeing accidents). At the time, it was one of the deadliest mass shootings in Colorado and U.S. history.

“You certainly don’t know how you’re going to handle things until it’s thrust upon you,” said Tom Sullivan, Alex’s father.

In the six years since the Aurora shooting, mass shootings have become even more commonplace. The Gun Violence Archive has recorded an average of  seven mass shootings a week in 2017. Colorado became infamous for one of the first and deadliest school shootings, at Columbine High School in 1999, where two students opened fire on their classmates and teachers, killing 13 in total.

“Everybody kept saying ‘How could this happen here?’” Coni Sanders, who lost her father Dave Sanders, said. Dave taught and coached at Columbine High School.

Today, the likelihood of such shootings is increasing, with most occurring in workplaces or schools. On Tuesday, Jan. 23, the Kentucky school shooting was the 11th shooting in America in the new year. A majority – 64 percent – of mass shooting perpetrators are white and male. More than three quarters of the attackers obtained their weapons legally.

Here on the University of Colorado campus, it is legal to carry concealed guns with a permit. Colorado is one of only ten states in the country to allow guns in university classrooms. Just last year, a sweeping new federal bill made it so concealed carry firearms are now allowed for visitors from other states. This treats a concealed carry permit like a driver’s license, making guns transferable between states and rendering state law obsolete.

Spikes in gun sales continue to be reported after mass shootings. After the Aurora shooting, gun sales in Colorado jumped more than 41 percent. It remains important to question the motives behind these sales and laws.

“Is that the world you want to live in?” Tom Mauser asked. His 15-year-old son Daniel Mauser was killed in the Columbine shooting. A Boy Scout, piano player and member of the debate team, Daniel happened to bring up the issue of gun sale loopholes – ways in which gun show dealers can sell to customers without a background check – two weeks before the shooting occurred at the family dinner table.

“I just sort of blew it off,” Tom Mauser said. “Two weeks later, he was killed with a gun that was purchased through one those loopholes. That’s what really got me involved with this issue.” 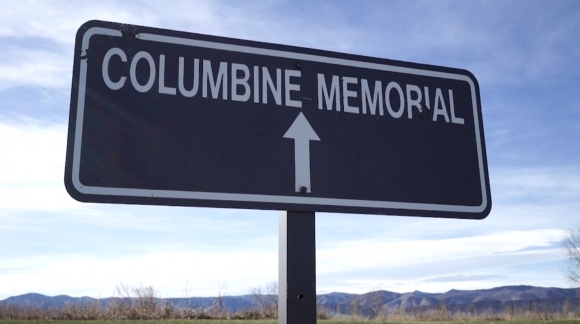 Mauser is now the spokesperson for Colorado Ceasefire, a gun violence prevention group. He also wrote “Walking in Daniel’s Shoes,” a book chronicling his own  journey in losing his son Daniel. Through his efforts, along with many others, the gun show loophole no longer exists in Colorado.

There’s no telling when tragedy will strike. However, these three mass shooting victims have turned their stories and the loss of their loved ones into a message for gun violence prevention.

“I just got on the bus,” Tom Sullivan said. In 2016, he ran for a seat in the Colorado State Senate in Arapahoe County. Although he did not win, he won a significant share of voters – one of the highest shares a Democratic candidate had managed in the heavily Republican district.

While Colorado has been home to some the worst mass shootings in America’s history, with four major cases since Columbine, it still holds a comparatively loose approach towards gun regulation. According to the Law Center to Prevent Gun Violence, it ranks a “C” in terms of its approach to gun laws. A 2015 study showed Colorado ranked as the 20th most armed state, with 34.3 percent of the population owning registered firearms.

Legislators started imposing stricter laws after the Aurora theater shooting in 2012. In 2013, three laws against guns and domestic violence cases were passed to do just that. They required universal background checks for any gun owner, banned the sale and use of high capacity ammunition magazines and barred domestic violence abusers from purchasing guns.

Still, there are loopholes. It’s currently not required for gun owners to report lost or stolen guns. Gun dealers aren’t required to have a license in the state. And the enforcement of these guns laws is inconsistent across the board, as evidenced by cases like the killing of Janice Nam in Colorado Springs. Nam’s killer was ordered to relinquish his guns, but because of varying interpretations of the law, no further investigation was made.

The tension exists between those who want stricter gun regulation policies and those who worry about their Second Amendment rights. But the majority of Americans – both gun-owners and non-owners – acknowledge a need for a better approach to American gun policy.

“This is not about taking people’s guns away,” Mauser said. “There’s 27 million guns – over 27 million guns in this country. It’s not possible. But, shouldn’t we be trying to reduce that number?