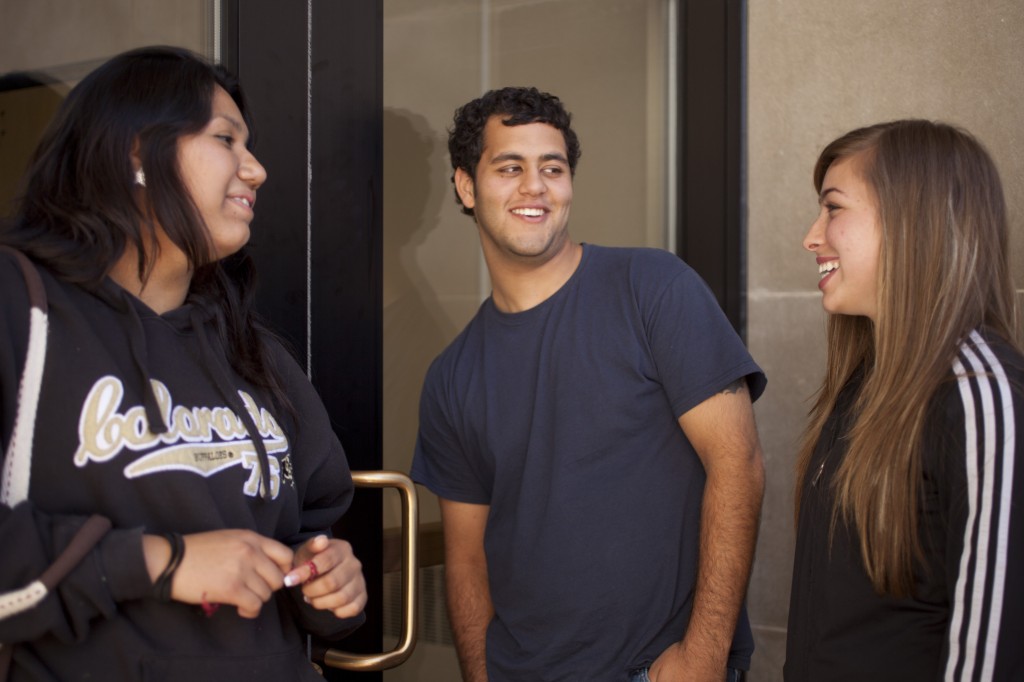 CU announced the new steps university groups are taking to mitigate long-standing racial issues on campus. These steps range from workshops to new employees in charge of recruiting and retaining more diverse faculty.

In the announcement posted last night to CU Today, The Office of Diversity, Equity and Community Engagement (ODECE) now hosts voluntary “inclusive pedagogy” workshops. According to Robert Boswell, vice chancellor of the ODECE, these workshops are designed to increase racial sensitivity in the classroom. Along with events to increase awareness among current staff, the Office of Human Resources created three new positions to recruit and retain a more diverse faculty and staff.

While aiming to serve the same purpose as the ongoing diversity plan, the new programs and initiatives are unrelated.

The plan is officially known as the Diversity, Inclusion and Academic Excellence Plan. It combines narratives written by over 90 campus groups to find common themes among diversity issues across campus. During Chancellor Phillip DiStefano’s Fall 2015 announcement, he described the plan as CU’s “unified, complete and transformative campus effort” to make the campus more welcoming for all students.

One of the university’s top priorities is to have “diversity reach the classroom,” according to Boswell in an October interview of last year. The new inclusive pedagogy workshops aim to improve how professors and instructors approach sensitives issues in the classroom, an area which many students felt was lacking.

Approximately 50 faculty members and a dozen graduate students have attended the voluntary workshops, according to Alaina Beaver, the initiatives director of social climate strategy.

“Inclusive pedagogy community of practice”  events aim to promote similar dialogues for faculty, staff and students, according to Boswell’s CU Today message. But the events have seen lower involvement. Only about a dozen people attended the two events hosted so far, according to Beaver.

While the ODECE led the creation of inclusive pedagogy events, other departments have taken steps to create a more inclusive campus.

One step to creating a more inclusive campus is improving faculty diversity. The Office of Human Resources hired three new staff members who will “increase the recruiting, hiring and professional development of a diverse faculty and staff,” according to Boswell’s CU Today message. In group interviews last year, many students of color said they would feel more comfortable if faculty reflected a more diverse community.

Decades of social climate surveys show a deep racial divide in how welcome students feel on campus.  In the most recent survey released in 2016, 69 percent of white students said they feel “like they belong here.” For Hispanic students, 61 percent responded positively to the same questions. For Asian-Americans and Native Americans, 56 percent of both groups responded positively. As for black students, only 38 percent said they felt welcome at CU.

Last year, the university abruptly shut down one of these spaces, the Ethnic Living Learning Community (ELLC). A popular first-year diversity program, CU’s curtailing of the program angered many of the students who said they “would not have graduated without [the program].”

According to CU Spokesperson Deborah Mendez Wilson, the program was closed due to “lower enrollment and higher per-student costs.” This fall, Student Affairs created the Multicultural Pathways LLC that hopes to accommodate more students than the ELLC but is a similar diversity-oriented community.

The program opened with many of the same goals as the ELLC, but it doesn’t house the same coursework that former faculty said was a catalyst for dialogue.

Boswell detailed the most extensive update on the campus’s plans to make a more welcoming community for all students.

“We remain continually optimistic that our work will spread and these ideas for making excellence inclusive will be taken up in everyday practices across campus,” Beaver said.

This message comes several months after CU Independent reporting showed delays in the plan’s progress and implementation. CU Spokesperson Ryan Huff said in June of 2017 that the plan was “currently in the implementation phase,” even though the plan is not yet finished.

According to Beaver, CU hopes to complete the plan by fall of 2018.