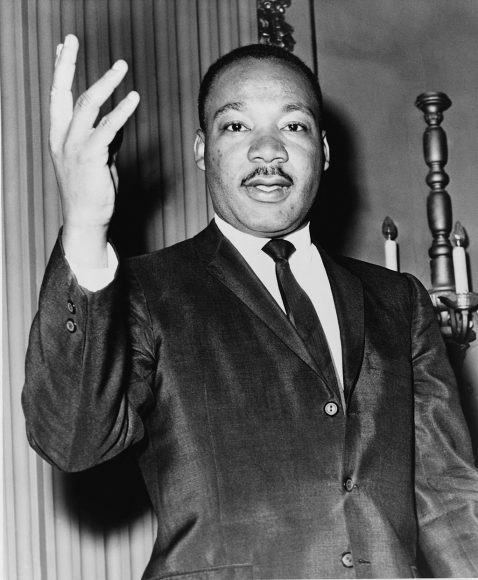 For the first time in several years, CU Boulder held a Martin Luther King Jr. Day celebration on campus. The event focused on how people could take action in their own communities, a particular passion of King’s.

The event was organized by CU’s Office of Diversity, Equity, and Community Engagement (ODECE) in conjunction with St. Aidan’s Episcopal Church and CU’s Lutheran Campus Ministry. With a theme of “Persistence and Purposeful Action,” the event started on Monday with an hour of dialogue about the meaning of service and then went into a celebration.

Mother Mary Kate Rejouis, rector of St. Aidan’s Episcopal Church, said she approached Dr. Keasley and the Office of Diversity, Equity, and Community Engagement about hosting the event after noticing it had been defunct for a number of years. They agreed and began to plan along with the Lutheran Campus Ministry and the Intervarsity Graduate Christian Fellowship.

Rev. Zach Parris, pastor of the Lutheran Campus Ministry, said he was motivated to get involved because of the impact Martin Luther King Jr. Day events at his undergraduate university impacted him. He attended college at Clemson University in South Carolina, where the university held a day of service for students to give back to the community each year. Parris said he “wanted to find a way for students to have the same formative experience,” and hopes that community service can become part of the holiday at CU in the future.

Led by Parris and ODECE Associate Vice Chancellor Dr. Alphonse Keasley, the event encouraged students to discuss how they could get more involved in the Boulder community. The event concluded with a discussion of one of King’s famous quotes: “the arc of the moral universe is long, but it bends toward justice.”

The celebration followed, which featured speakers and performers from CU and the larger Boulder community. A group of young children sang and then gave a reading about King’s life. After, Keasley, ODECE’s assistant vice chancellor David Aragon and president of CU’s Muslim Student Association Heera Hashmi spoke about what Martin Luther King Jr.’s legacy meant to them.

The celebration had a strong artistic focus. CU theatre and dance students Keith Hayes and Attiya Fortune performed a dance set to the words of King’s “The Fierce Urgency of Now” speech. Cellist Roberto Arundale and pianist Sarah Gilliard performed an instrumental duet. The event ended with the audience singing “We Shall Overcome.”

Gilliard, who works in the ODECE office and organized the celebration, said that it was important to her that the event be art-focused and showcase different expressions of King’s legacy, not just the typical readings and speeches. She said she hoped attendees were motivated by the event to consider how they could continue King’s legacy in their own communities, even if they started out small.

Service is important to Keasley too. He said he hopes that the celebration can grow to be a community event in the future, with people of different generations coming together to “make sure the message and the work is passed on.”

A follow-up dialogue to this event will be hosted at St. Aidan’s Episcopal Church on February 3rd.