Guest Opinion: Concealed guns do not belong on CU campus 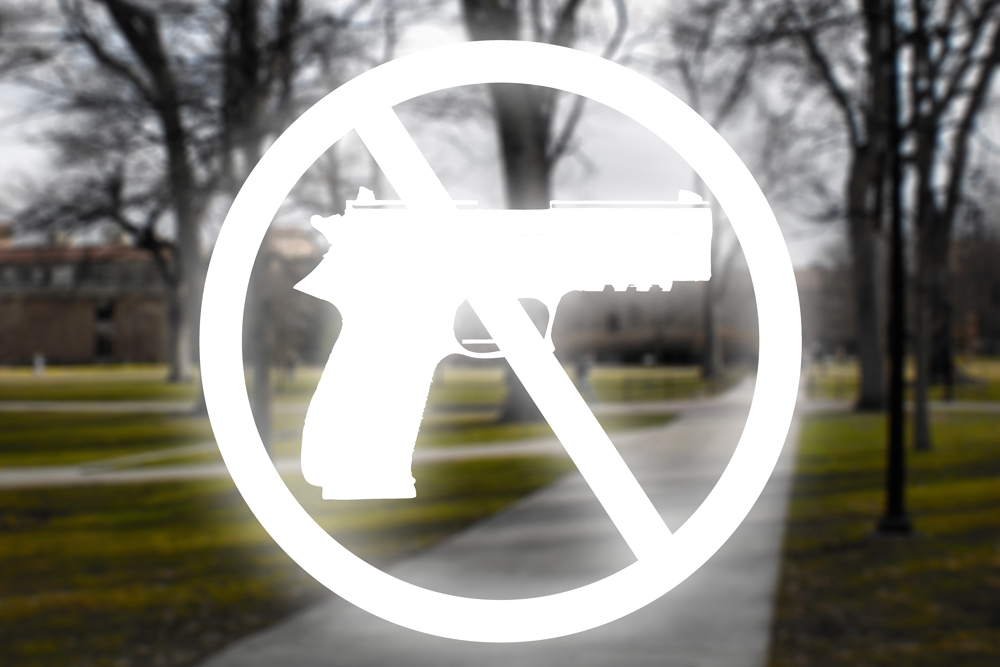 Recent gun-related incidents on The Hill remind students how alarming it is to feel threatened by gun violence occurring just blocks from campus. But, did you know that concealed weapons are allowed on the CU Boulder campus? That’s right. You could be sitting in a lecture hall next to a student legally carrying a gun.

In 2012, a disastrous Colorado Supreme Court decision held that students with permits can carry concealed guns on campus and that the CU Board of Regents’ campus gun ban violated Colorado’s Concealed Carry Act as well as the Colorado Constitution. This decision is horrifying, but it is not the end of the story. The university can – and should – do more to advocate for student safety – a value that is supposedly at its core.

Colorado is one of only ten states in the country to allow concealed carry in university classrooms. Twenty-three states allow individual campuses to decide whether concealed carry is the right policy.

This is not just a battle of left versus right. Many states have a history and culture of safe gun use – in accordance with Second Amendment protections – for recreation, hunting and protection from wildlife but still treat guns on campus differently. If 16 states can ban concealed weapons on college campuses, including rural and conservative states like Wyoming, South Carolina and Nebraska, then so can Colorado. We cannot fall this far behind the rest of the country in protecting student safety.

The pro-gun lobby argues that more guns mean greater defense against a mass shooting. This is inaccurate. According to an FBI study that looked at 160 active shooting incidents from 2000-2013, 21 active shooters were stopped by unarmed citizens. Only one attacker was stopped by a concealed carry permit holder. He also happened to be a Marine. A Johns Hopkins University study presents further evidence that more guns lead to increased shootings, suicides and homicides among college students.

Among the most sensitive issues within the gun debate is sexual assault prevention. Many women victims allege that they could have stopped their aggressor if they had a concealed firearm. However, data from the Clery Act indicates that violent crime in Colorado has increased since campus concealed carry has been enacted and the rate of forcible rape grew by 25 percent in 2012 and 36 percent in 2013. It is essential that sexual assault be addressed in a serious manner at CU but allowing guns on campus is putting an ineffective band-aid on a larger problem.

To the University of Colorado: I understand that you were on the right side of the issue in the 2012 court case by arguing to uphold the campus ban on concealed carry. But, just because you did not prevail through the judicial system does not mean it is time to give up. You must use your power to lobby the Colorado Legislature to overturn or amend the Concealed Carry Act to allow each campus to decide on concealed carry. A legislative strategy is the most viable option to make headway on this important issue.

Changing gun laws in a state with a lot of conservative influence will not happen overnight. This is not about banning concealed carry in the entire state. But, we should at least be fighting to amend the act to give CU the choice to ban concealed carry on its campuses. Incremental change is the best path to sustainable progress.

Even if the law cannot be changed immediately, CU should be speaking out against the act more vocally. Students should not have to dig deep into prior court proceedings to find the university’s statements that concealed carry goes against its values.

The issue of concealed carry on college campuses goes beyond the politics of the larger gun debate. Colorado has a lot of catching up to do on campus safety and it is CU’s responsibility to prevent our campus from turning into a war zone. Show students that you want to fight for change. We will be right there with you to support it.

Serena Roberts is a junior at CU Boulder studying political science and strategic communication, contact her at Serena.Roberts@Colorado.EDU