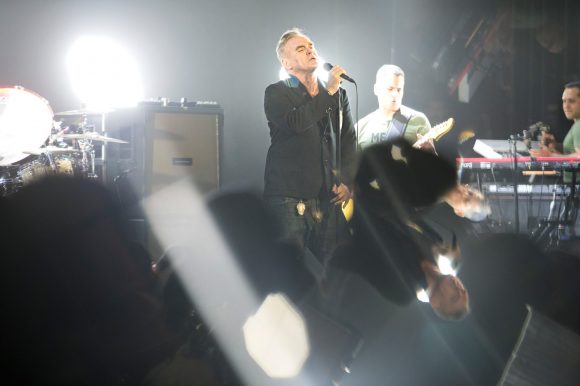 On Nov. 20, ticket holders stood outside the Paramount Theatre while their purses and pockets were checked for the items prohibited from Morrissey’s show. The first on this long list read, “No Meat.”

And thus was the audience’s introduction to the atmosphere Morrissey creates during his performances. It’s not always easy, but it’s always worth it.

In place of an opener, an hour-long curated video of various music videos played over a white curtain covering the stage. Although any band’s audience is anxious for their performer to take the stage this crowd was particularly preoccupied, in hopes this year’s performance would not meet the same fate as last year.

In 2016, Morrissey was scheduled for the Boulder Theater when his keyboardist Gustavo A. Manzur Jr. collapsed backstage, cancelling the show. However, any such feeling of anxiety dissipated as soon as the white curtain dropped and the king of sadness himself seamlessly took the stage.

Catching the venue off guard, the first song of the night was an Elvis Presley cover, “You’ll be Gone.”

Five songs in, the lights changed to red and the band began to play “Ganglord” while clips of police violence against humans and animals kept beat with the music. Those who were veterans of Morrissey’s shows began to embrace the familiarity of this. Morrissey has done similar pairings of video and music to his song “Meat is Murder.” Those who were new to this experience began to cry or shift in their skin, as the images became increasingly brutal.

Next was “The Bullfighter Dies,” where Morrissey imagines a world where we cheer on the bull instead of its fighter, with video clips of Spanish bullfighting playing on the screen.

This successful attempt to really confront his audience with the dark messages of these songs was balanced by his usual grounded connection to the crowd. Throughout the performance, he crouched down to those in the front row, holding their hands or bringing them up on stage.

In the middle of the show, Morrissey even greeted a dog someone was holding up from the audience. He also gave a shout out to the Denver record store Twist and Shout as he signed an album that was tossed onto stage.

As the stage needed to accommodate these various songs, a few odd instruments were on stage. A gong that Matt Walker used for his solo during “How Soon Is Now” and a didgeridoo Manzur Jr. used for the opening of “World Peace is None of Your Business” lined the platform.

The overall energy of dancing bodies and attempts to sing along to lyrics they hadn’t memorized yet clearly indicated that “Low in High School” was well liked among these Mozzers.

After the crowd had bought their merch and found their rides home, there was a small spontaneous gathering of fans processing their experience together. There was the dog from earlier and the kids he had brought on stage, as well as a mother and daughter quietly crying and clutching their PETA post cards. 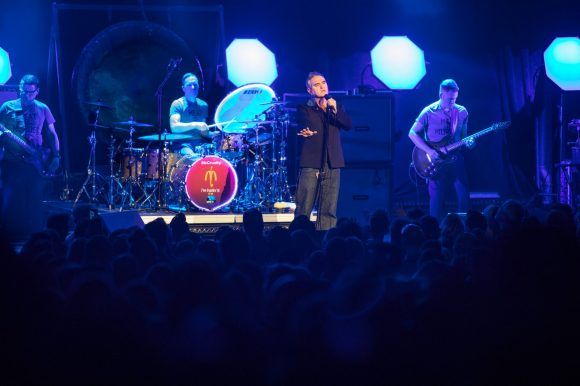 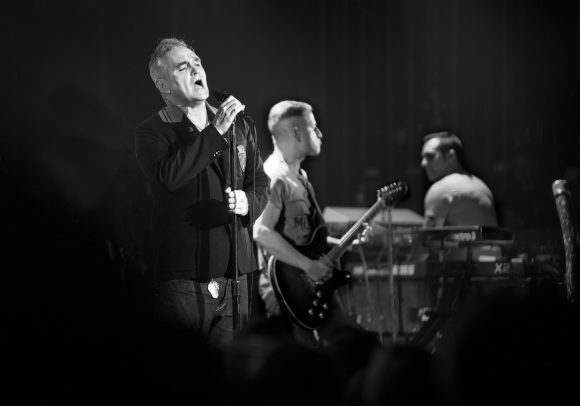 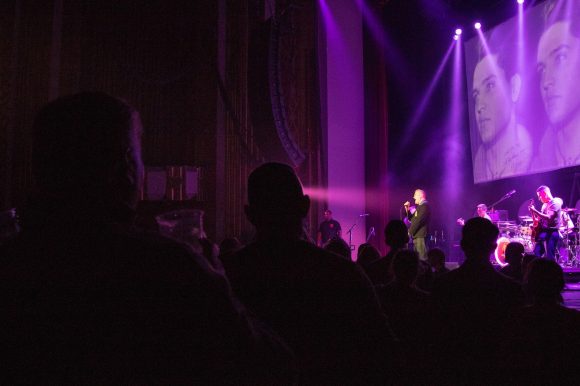 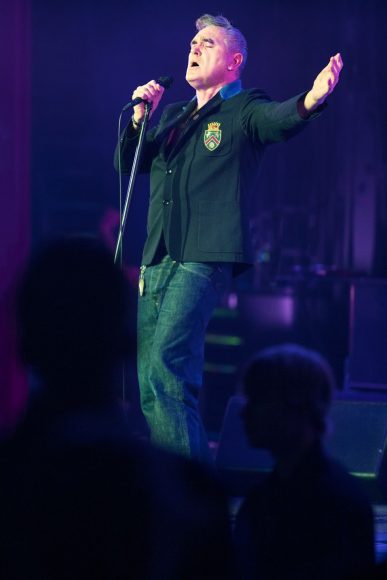