A little bit of Boulder shines inside Pixar’s ‘Coco’ 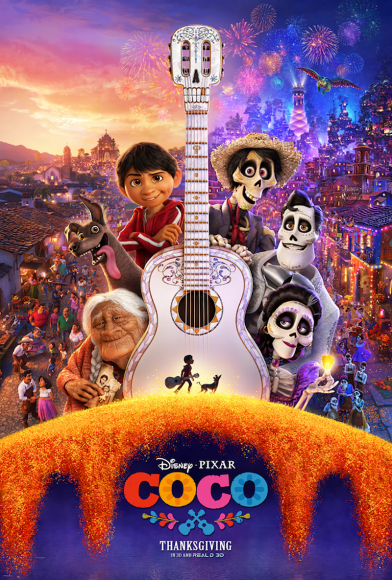 As Boulder native Danielle Feinberg drives over the hills and sees the Flatirons in the distance, she feels at home. Feinberg was born and raised in Boulder, so coming back home after working on many films, especially Pixar’s new upcoming film Coco, gives her a new sense of accomplishment and love for her hometown.

Coco was directed by Lee Unkrich (Toy Story 3), co-directed by Adrian Molina (story artist for Monster’s University) and produced by Darla K. Anderson (Toy Story 3). Coco is a story about a young boy named Miguel (voiced by newcomer Anthony Gonzalez) who dreams of becoming a musician, despite his family’s longstanding hatred towards music. He eventually meets a trickster named Hector (voiced by Gael García Bernal). Together they embark on a fantastical journey through the Land of the Dead that unveils a hidden story about Miguel’s ancestors.

Feinberg is the director of photography and lighting on Coco. She led a team of about 48 people along with 10 others that focused on lighting optimization. Feinberg worked very closely with her team every day to look over their progress.

The story, animation and most special effects are done when it reaches Feinberg and her team. The entire world of the movie is almost complete, but it is up to them to bring it to life.

“There’s this magical transformation that happens then,” Feinberg said. “To me it’s where the world comes to life and it becomes believable.”

Feinberg had to make sure there is continuity with the lighting throughout the entire movie since there are 48 different people working on multiple scenes. But she also has to satisfy the director’s expectations for certain scenes as well.

The Land of the Dead is portrayed as a colorful and vibrant world, so creating it was their biggest challenge and accomplishment. The stunning visual work can first be seen when Miguel crosses the marigold bridge, where he sees the Land of the Dead for the first time.

That shot alone consisted of 7 million lights and was well beyond what Feinberg and her team had ever done before. It is important for Feinberg and her team to have jaw-dropping lighting in monumental scenes. But, it is also imperative for the team to convey certain emotions for particular scenes through the use of lighting.

Feinberg has to “serve the story that’s happening in that moment,” meaning each shot has its own reason for being in the movie. The lighting needs to match a scene’s emotional cues.

“We started pulling color away in the moments we needed things to quiet down and be more emotional,” Feinberg said. “We would limit it to two or one colors to indicate to the audience in some way that something serious is happening.”

This was Feinberg’s first film where she headed the color script, which means she had to map out the emotions with the visuals. Time of day, weather and color are key components to the color script that elicit emotion and match what the story wants, Feinberg said.

All three components were taken away when it came to creating the Land of the Dead.

There may have been many challenges in the making of Coco. But it is not challenging to understand the universal messages they are trying to communicate to the audience.

Coco is about chasing your dreams even when no one believes in them, honoring your ancestors and the importance of family. Audiences will be able to resonate with the film on some level, but it was more personal for Feinberg. Feinberg’s grandmother passed away at 93, while Feinberg was working on Coco.

Her grandmother lived in Boulder for her entire life and was a businesswoman with no business degree. She paved her own path and created several game-changing businesses. She also served on Jimmy Carter’s small business advisory counsel while he was president, and launched her last company when she was in her 80s. Feinberg excitedly described her grandmother as a “powerhouse.”

Feinberg would have a family dinner every Sunday at her grandmother’s house while she was growing up. Being able to work on Coco gave her time to reminisce and reflect on her grandmother’s legacy because she learned to celebrate her ancestors instead of being sad that they are gone.

“Being on Coco and knowing about the Day of the Dead holiday gave me this license to be sad but also allowed me to celebrate who my grandmother was and the traits I’ve gotten from her,” Feinberg said. “It’s really nice now seeing how the movie turned out and feeling like she would be pretty proud of this movie.”

Feinberg worked on numerous Pixar films, including A Bug’s Life, Toy Story 2 and Monster’s Inc., as well as Academy Award winning films Finding Nemo, The Incredibles, Cars, Ratatouille, Wall•E and Brave. But Coco will always have a special place in her heart.

“Somehow Coco does have a special place in my heart — part of it is because I got to contribute so much and go on the research trips,” Feinberg said. “I feel like it’s a film that celebrates a culture, a holiday and family.”

COCO hits theaters during the Thanksgiving vacation on Nov. 22.

[…] STORY WAS ORIGINALLY PUBLISHED FOR THE CU Independent ON November 13, […]