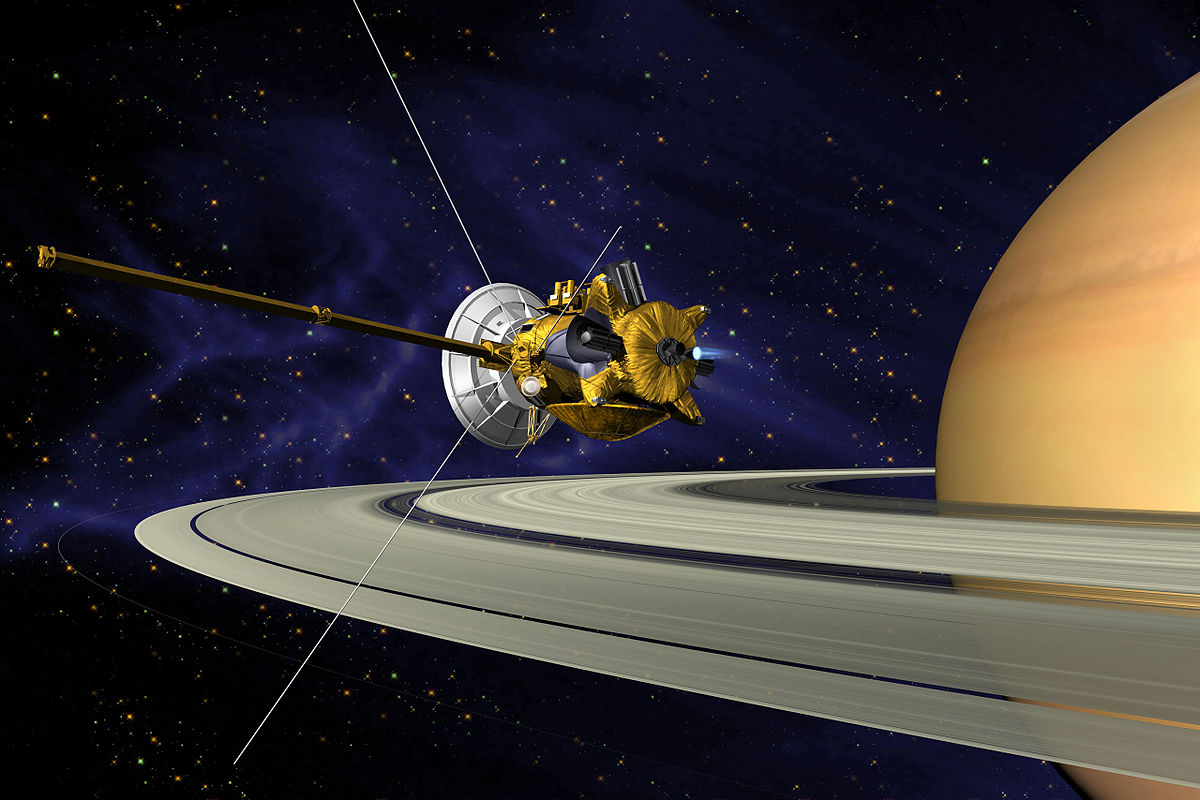 Even though the Cassini mission ended a few weeks ago, its time in space proved highly valuable for the scientific community. Dr. Amanda Hendrix spoke about that and more at a series of talks in honor of the spacecraft.

The “Farewell to Cassini” presentations were held in CU’s Fiske Planetarium on Sept. 21 and 22 to inform people about the highlights of the Cassini mission, as well as its final discoveries. Hendrix, a CU Boulder graduate, worked on the mission at NASA’s Jet Propulsion Laboratory. While at CU, she did research at the university’s Laboratory for Atmospheric and Space Physics (LASP).

Launched in 1997, Cassini was a space probe sent to study Saturn, its rings and its moons. It arrived at Saturn in 2004 and orbited the planet for 13 years collecting data. On Sept. 15, 2017, NASA decommissioned the probe and sent it into Saturn’s atmosphere for destruction. This was done to prevent the spacecraft from contaminating any of Saturn’s moons, which may contain water or ice, if is were to crash into them.

LASP built and operated the Ultraviolet Imaging Spectrograph (UVIS) on the spacecraft. UVIS measured ultraviolet light from the Saturn system. It also analyzed the structure of Saturn’s rings, which are made up of ice and rock and may be as old as the solar system.

Hendrix discussed the different stages of the mission and its major findings. While its original timeline was only four years, NASA extended it twice as Cassini continued to function. The spacecraft completed 74 orbits around Saturn during its time in space. One of the mission’s most exciting discoveries was evidence of liquid methane and ethane lakes on Saturn’s moon Titan.

In 2016 Cassini began a set of orbits called the Grand Finale, the last phase of its mission. The spacecraft did a final Titan flyby and then a series of 22 ambitious orbits between Saturn’s atmosphere and its innermost ring. Once this was complete, Cassini was directed into the planet. Its signal was lost shortly before impact.

Hendrix said she watched the impact with other people who worked on the mission  in the early hours of the morning on Sept. 15 at the California Institute of Technology. She described the event as a nice reunion, but said the mood was bittersweet.

“Everybody was feeling sad, but super proud and pleased with the success of the mission,” she said.