Black Girl in a BlizzardColumnsColumnsOpinion 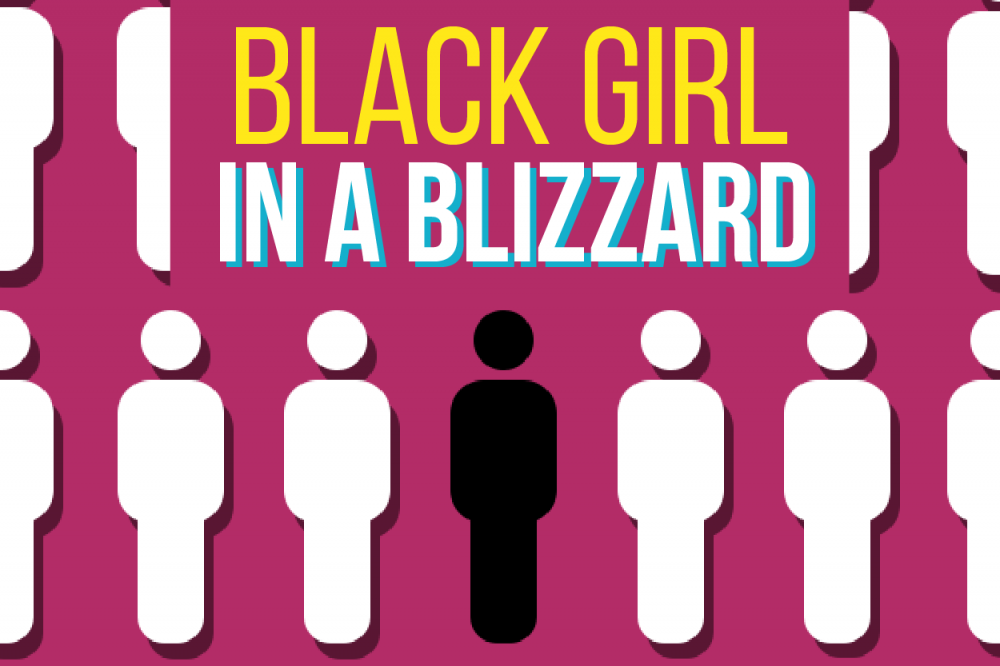 Two years ago, I read a tweet that rumored Rihanna would drop a cosmetic makeup line in 2017. It was in that moment that I knew I would eventually be giving all my money to Rihanna.

I stashed this information in the back of my mind, tried to forget about it for the next 24 months so that I wouldn’t be disappointed every time I put any non-badgal smut on my face.

When the release date of Fenty Beauty, Sept. 8, 2017, was finally announced, I was not disappointed — and neither were Rihanna’s millions of other fans. I expected a line of makeup that would bring me one step closer to Rihanna’s glowing skin and blinding highlights. What I did not expect was a social revolution in the makeup world.

Rihanna owns 60 percent of Fenty Beauty, and with her 40 shades of foundations sought to cater to the women (and men) who have been ignored by mainstream cosmetic companies for too long. She professed that goal in a personal statement released alongside her line.

“There’s this middle ground that’s covered really, really well,” Rihanna said. “But then if you’re very pale or if you’re very dark, there aren’t a lot of options. And so, I wanted to make sure that women of all skin tones were covered so they could be included.”

Fenty Beauty has done just that, providing women of all races the perfect fit. Women with albinism have attested to the lightest shade being light enough, and dark-skinned black women have proved that the darkest shade is, in fact, dark enough.

But what’s noteworthy about the line is not just the sheer quantity of shades, but the range of their undertones.

Brands like Estee Lauder, Hourglass and Makeup Forever have flocked to social media to defend their own shade ranges. The latter took a direct dig at Fenty Beauty in a recent Instagram post, asserting that “40 shades is nothing new to [them].”

The biggest problem the makeup industry has once it broadens its shade range: it never gets the undertones of women of color correct — it’s either too ashy or too orange.

A clever defense used by the beauty industry is that brands are simply supplying the shades that are in greatest demand. Fenty Beauty has disproved that logic completely. The darkest shades were first to sell out.

Clearly, there is a market for makeup that complements dark and olive skin tones. Black buying power has risen 73 percent from 2000 to 2012 — a growth rate 13 percent greater than the growth of white buying power. Black women are reported to spend 80 percent more on cosmetics than non-black women, totaling an estimated $7.5 billion a year.

That likely has to do with the fact that society places a greater pressure on black women to adhere to white beauty standards. Products marketed toward black women are more likely to contain harmful or hazardous chemicals than those marketed toward white women. These products include relaxers and skin-bleaching products that were created to force European beauty standards onto women of color.

But reasoning aside, black women and women of color make up a large demographic of the makeup world — a demographic ready to spend money.

So, why are leading brands still ignoring us?

Brands often don’t want to be marketed as “ethnic” and placed in sections separate from “normal” brands. This issue is an institutional one that begins with the perception of non-white as “other.” It is the reason I haven’t found a single foundation that matches my summer-tanned skin (which is not even close to the darkest shade of Fenty foundation) in Boulder, and the reason Neutrogena didn’t even carry a shade dark enough for Kerry Washington until she joined their spokesperson team in 2015.

While mainstream brands have extended their shade ranges, it is still not uncommon for women of color to be unable to find their shade among them. Just take a visit to YouTube and you’ll find thousands of videos on black, Asian and Latina women painstakingly trying to find a decent foundation match. Take a visit to our bathroom cabinets and you’ll find double digits of barely used foundation bottles that made us look like Muppets or corpses.

In order to be acceptably “diverse,” companies now include more shades. But they failed to put adequate research into actually matching skin tones that don’t have a rosy undertone.

It feels exclusive, and the isles that separate the few natural hair products from Herbal Essences or the Black Opal (a well-known makeup brand for black women that I have never once seen in Boulder) lines from Maybelline feel like a form of modern day segregation.

Rihanna and her team recognized this and created a makeup line that feels like it cares about women of color. Fenty Beauty doesn’t just slap a black woman onto its ads and call it a day. Abandoning the one-size-fits-all approach to dark skin (looking at you, Kylie Jenner), Fenty products actually match our skin.

And it’s not just foundation — Fenty gives us shades of contour and blush (and soon more eye and lip options with the  holiday collection dropping Oct. 13) that actually show up on our skin!

Rihanna is listening to her fans, and she is creating something big.

Lauren Arnold is our managing editor and our Black Girl in a Blizzard columnist, exploring black feminist issues. A Colorado native, Arnold is double majoring in creative writing and communication.