DAPL protesters stand their ground after pipeline promised to be moved

After the U.S. Army Corps of Engineers denied the Dakota Access Pipeline’s permits to cross the Standing Rock reservation, celebration erupted in the camp, though protesters say they are not going anywhere.

While scrubbing dishes in one of the communal kitchens in the camp, Charles McGuire-Wien did not believe the elderly woman who broke the news to him. Only after he walked outside with her to see the erupting celebration of people on horseback galloping across the camp, fireworks exploding and a communal gathering at the central spirit fire, it was clear, they had won.

“There was a palpable sense of victory,” McGuire-Wien said. 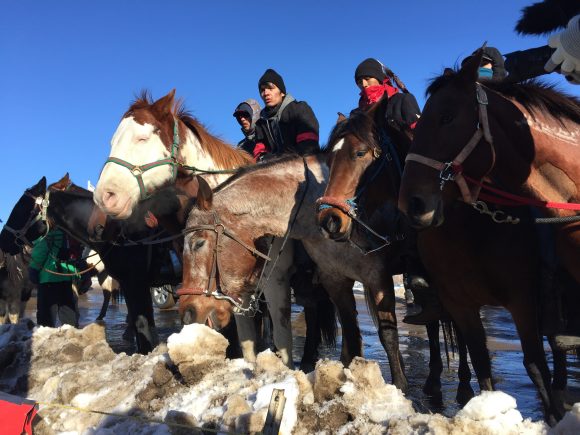 A first-time protester, McGuire-Wien was inspired to journey to the bitter North Dakotan winter when he heard a friend say, “Standing Rock is the moral center of our country, if not the world.”

Arriving less than 48 hours after purchasing a ticket to Bismarck, McGuire-Wien and several friends were building winterized structures in the camp that would house the soon-to-be-arriving veterans.

Eleven miles south at Prairie Knights, a casino turned fall-out shelter, Wilma Teton Kidder learned of the news after months of being involved in the protests and years living in Standing Rock. Many people, including McGuire-Wien, had flocked to the casino when a winter blizzard blasted the protest camp with wind and snow.

Kidder describes veterans of all races coming by the bus load to the camp and casino, ready to form a human shield for protesters to stand their ground on their upcoming eviction date, acting as the “front lines,” as Kidder said. 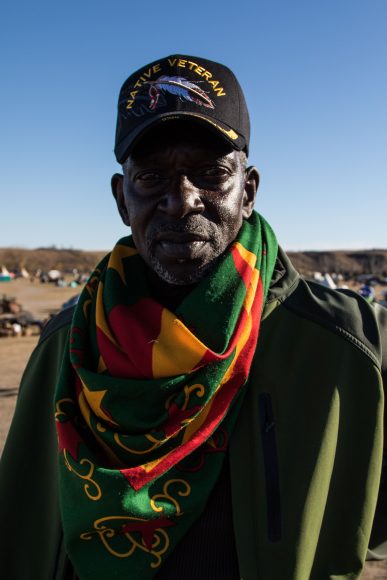 McGuire-Wien felt the tension hanging in the air while the veterans arrived to the camp, days before the Sunday announcement. He characterized the veterans as highly trained military personnel who will not tolerate mistreatment or the “bullying” that has been perpetrated by the police on protesters.

Recent confrontations with police have included subfreezing nights of water cannon blasts and the use of stun grenades that left a woman severely injured.

McGuire-Wien had an unsettled feeling that the mostly peaceful protests could possibly deteriorate into violence. However, he said this looming feeling eased during the celebrations. After his departure from the camp, tension was raised once again as false rumors spread, alleging that construction is still going on.

“It has already been violent; they shoot us with rubber bullets and spray us with water in freezing temperatures,” BJ Kidder, Wilma Kidder’s husband, said. Later he reiterated many times that, “the veterans are not fooling around,” referring to a possible clash between the trained veterans and the armed police.

“When has the [U.S.] government ever honored treaties?”