In August, as summer camp began and after coming off a 4-9 2015 season, University of Colorado players and coaches alike were frank about their hopes for 2016: “Our goal is to win the Pac-12 Championship.”

The 2016 Buffs defied all expectations in their 2016 campaign. They faced adversity, battled injuries and shook the Pac-12 Conference to its core by winning the South division, which put the team in the conference title game in Santa Clara, California. The No. 8 Buffaloes took on the No. 4 Washington Huskies on Friday at Levi’s Stadium and despite a very close first half, they could not handle the Huskies’ ground attack nor find much rhythm on offensive.

“I think that especially on the offensive side, we didn’t really put out a very good performance tonight,” said Sefo Liufau, senior quarterback. “I didn’t do a good job of preparing us and being able to give us quality drives.”

After time expired in the fourth quarter, the scoreboard read 41-10 Washington. The immediate ramification of the loss is that Colorado could lose consideration for a Rose Bowl appearance. Southern California defeated both CU and Washington this season and could very well get the nod instead.

The game began following Colorado’s 12th opening coin-toss win of the season. The Buffs quickly deferred and kicked off to the Huskies. Junior placekicker Chris Graham proceeded to kick the ball out of bounds, and the resulting penalty put the Huskies at their 35-yard line.

Washington would score on its opening drive, moving the ball 65 yards in seven plays to go up 7-0, courtesy of a 1-yard touchdown run by Lavon Coleman. Coleman and his fellow running back Myles Gaskin torched the Buffaloes defense on Friday — they racked up 260 rushing yards on 47 attempts, good for a 5.5 yards-per-carry average.

After the Huskies opened up the scoring, the Buffs got the ball and began to move downfield. Liufau was sacked on second-and-8 and stayed down after the play. He was pulled from the game with an apparent ankle injury, and freshman Steven Montez stepped in.

“I hurt my ankle — there’s nothing to it, it’s just an injury,” Liufau said. He said the injury was a non-factor in his play for the rest of the game. “We just didn’t execute and that’s probably the most frustrating part … we had a really good game plan going in … we just didn’t perform tonight.”

The Buffaloes would go on to turn the ball over on downs, failing to convert a fourth-and-4 from Washington’s 36-yard line. But Colorado’s defense stepped up and stopped the Huskies on their next drive. Junior defensive lineman Timothy Coleman was in on two sacks of Washington quarterback Jake Browning, which stalled UW’s second drive of the game.

The score remained tied for nearly the first 10 minutes of the second quarter, but Browning tossed the ball to Darrell Daniels for a 15-yard score. Washington went into halftime with a 14-7 lead.

The final 30 minutes of the game was a collective nightmare for the Buffaloes. Colorado received the ball to begin the second half, and 16 seconds later, Liufau threw the ball to sophomore wideout Jay MacIntyre but was picked off by Washington’s Taylor Rapp, who returned it 35 yards for the pick-six. It was the first of Liufau’s three interceptions in the contest, all three of which were intended for MacIntyre.

“[Sefo] didn’t play quite as good as we’d like,” head coach Mike MacIntyre said. “He wasn’t limping around [following his ankle injury]; the trainers had him doing all kinds of stuff and said he was ready to go.”

Liufau echoed similar thoughts regarding how his injury affected his game, but his uncharacteristically ineffective performance does raise questions regarding his ankle and whether Montez should have played the rest of the game.

The interception return was the major turning point in the game. Washington took a 21-7 lead and from there, Colorado struggled to do anything positive. The Buffs’ second-half drives resulted in three picks, four punts and a field goal late in the third quarter. On the Buffs’ next drive, Liufau was again picked off by Rapp, whose return set up a Washington field goal.

Browning has a reputation of being one of the best quarterbacks in college football, but it was Washington’s run game that ran roughshod over the Buffaloes defense. Tailbacks Myles Gaskin and Lavon Coleman combined for 260 rushing yards in the game and averaged 5.5 yards per carry. Both backs had their way with the Colorado defense for the majority of the contest. It allowed Browning to relax. He went 9-of-24 with just 118 passing yards, but tossed two touchdowns.

“Every week we’ve got to stop the run,” senior safety Tedric Thompson said. “It was tough on us, especially in the first half, to try to stop the run … we weren’t able to do that today.”

Lindsay was kept in check. He finished with just a 2.8 yards-per-carry average, rushing for 53 yards on 19 attempts.

For Liufau, who battled through a Lisfranc foot fracture last season and recovered in borderline miraculous fashion to return as a major offense generator in 2016, his performance seemed more like the result of a cruel jest by the football gods rather than reality.

He finished the night completing 3 of 13 passes for just 21 yards and failed to throw a touchdown.

“You never want to come out and put your defense in [a tough] spot,” Liufau said. “It just falls back on being accurate and giving my receivers some balls they can take and they can run with, and I didn’t do that … I really, really messed up.”

On the night, Washington put up 383 total yards of offense compared to CU’s 163. The Buffs had just two red-zone appearances and went 4-of-15 on third downs. One positive during the game was senior linebacker Kenneth Olugbode, who set a Pac-12 Championship game record with his 19 tackles.

A quirky play happened on a kickoff return in the third quarter. Freshman wide receiver Anthony Julmisse fielded the kick and ran upfield, returning the ball 48 yards before fumbling while being tackled. Luckily, Lindsay was right in front of him and scooped the loose ball, returning it to the 2-yard line. The Buffs would fail to find the end zone, but Graham converted a field goal, making the score 31-10 Washington. It was the final score Colorado mustered.

The camera zoomed in on Lindsay and company following the insane kick return play. Smiles were nowhere to be found. Colorado has not been a team to stay down in the dumps, but to lose in such a manner after a Cinderella season has a particular bite to it.

“We’ve always been a team that was able to overcome adversity, and it’s just another one of those times,” Liufau said. “It just cut a little deeper this time.”

For Liufau and the Buffaloes, more work remains. The team will be assigned to its bowl game by the end of the weekend, and whether it’s the Rose Bowl or any other bowl, getting the win remains priority one.

“[You have to] pick yourself up and get ready to go to the next one,” MacIntyre said. “That’s the thing about sports; sports [are] sometimes tough.” 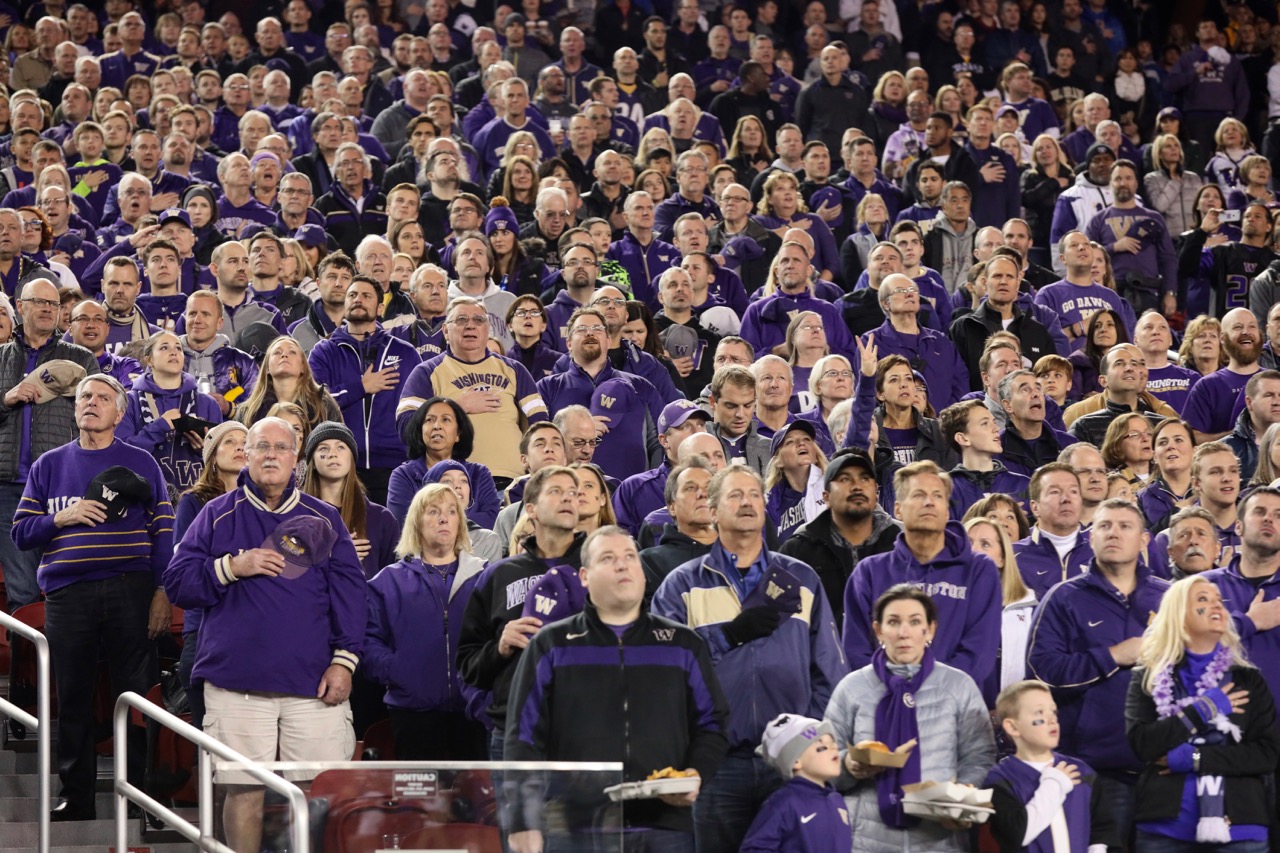 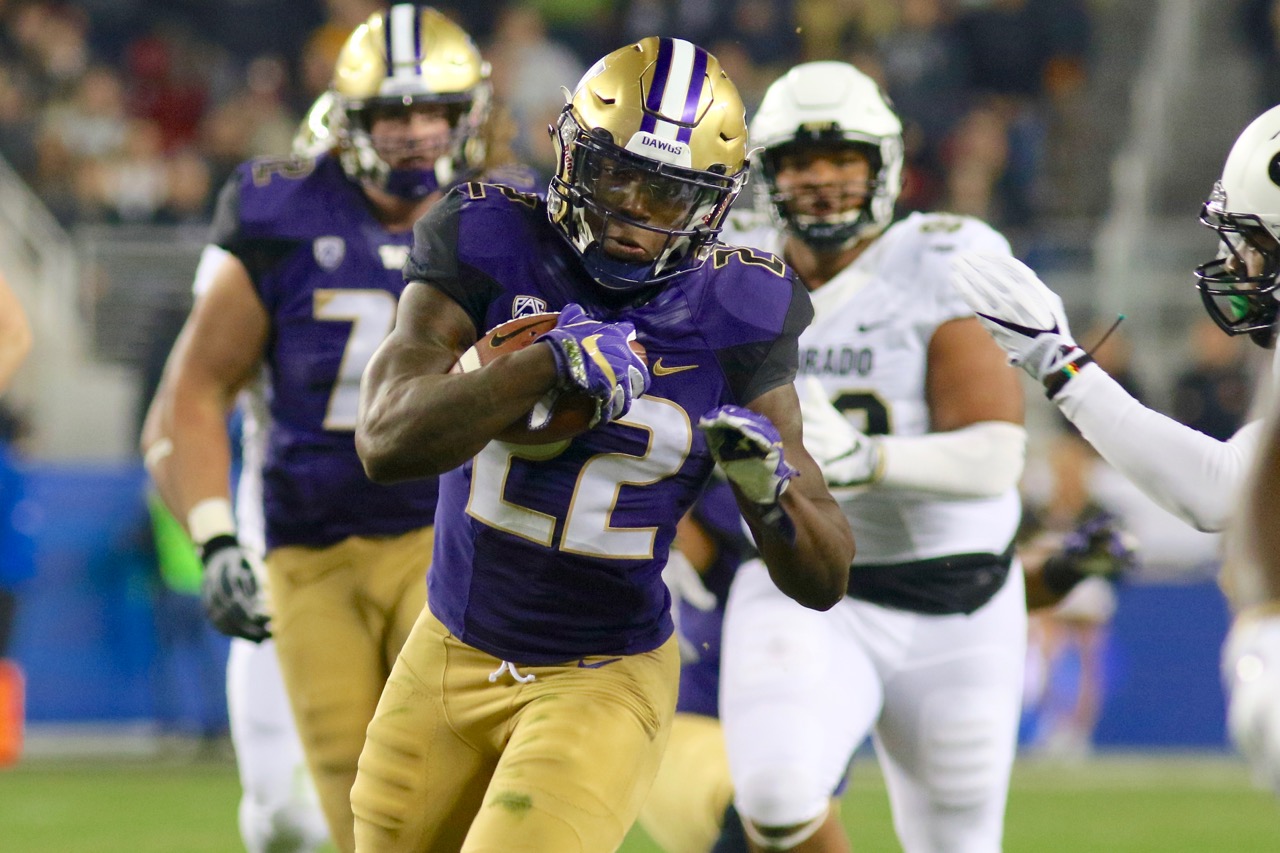 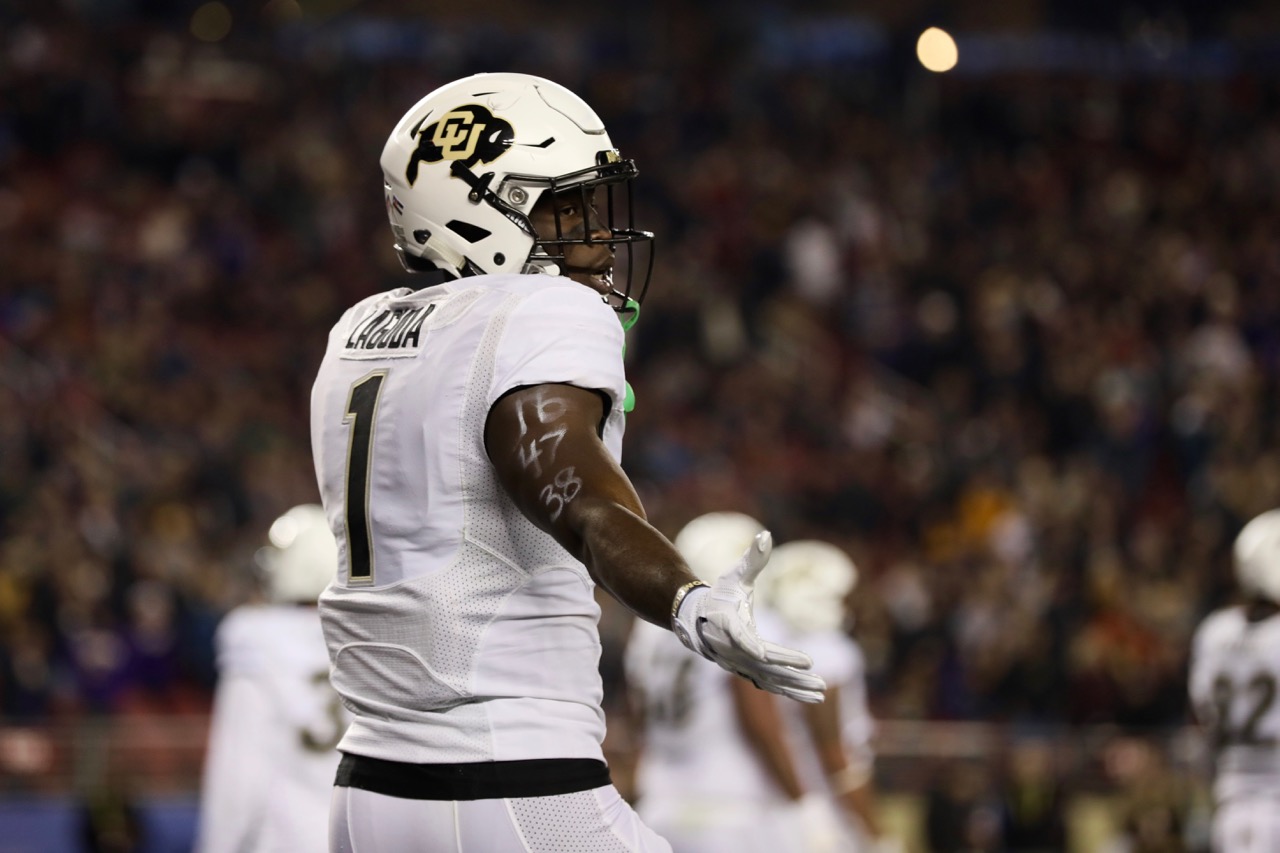 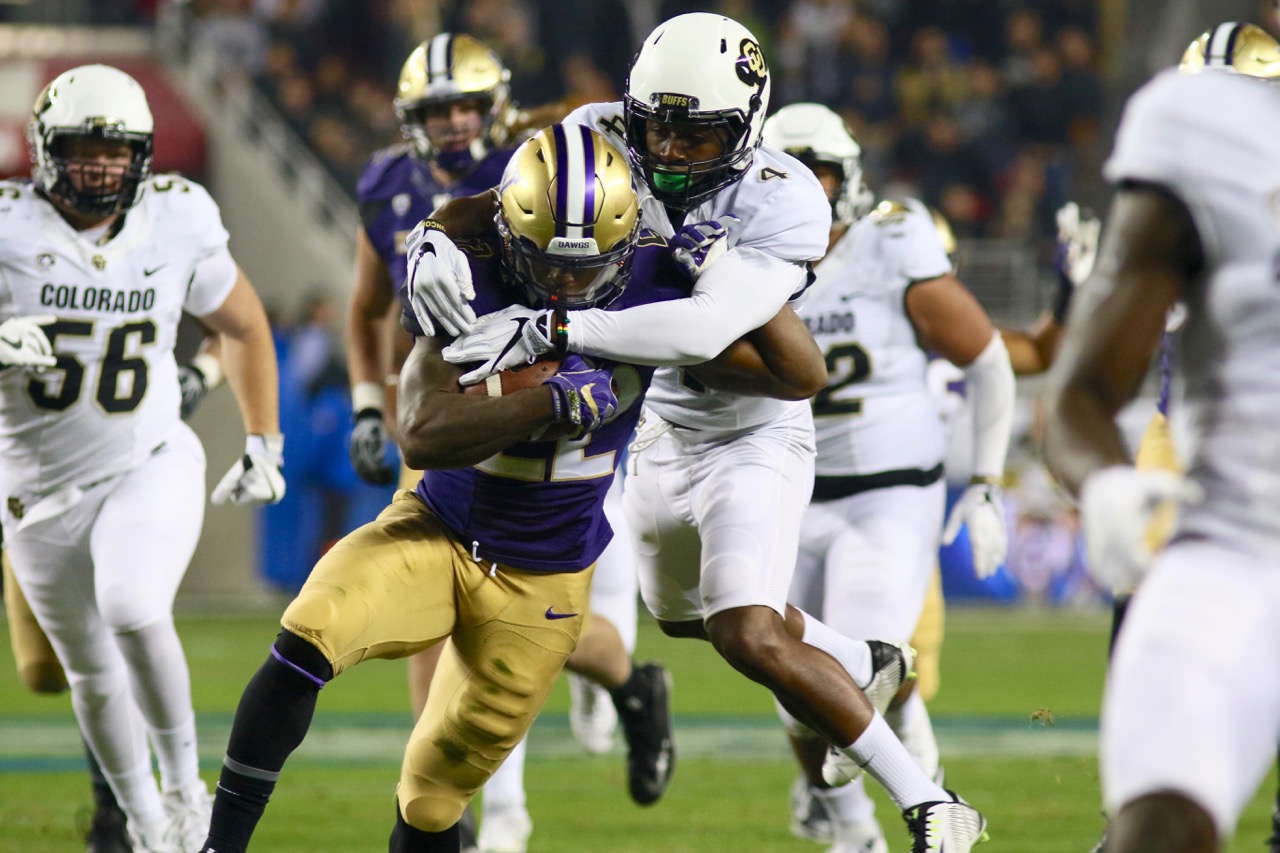 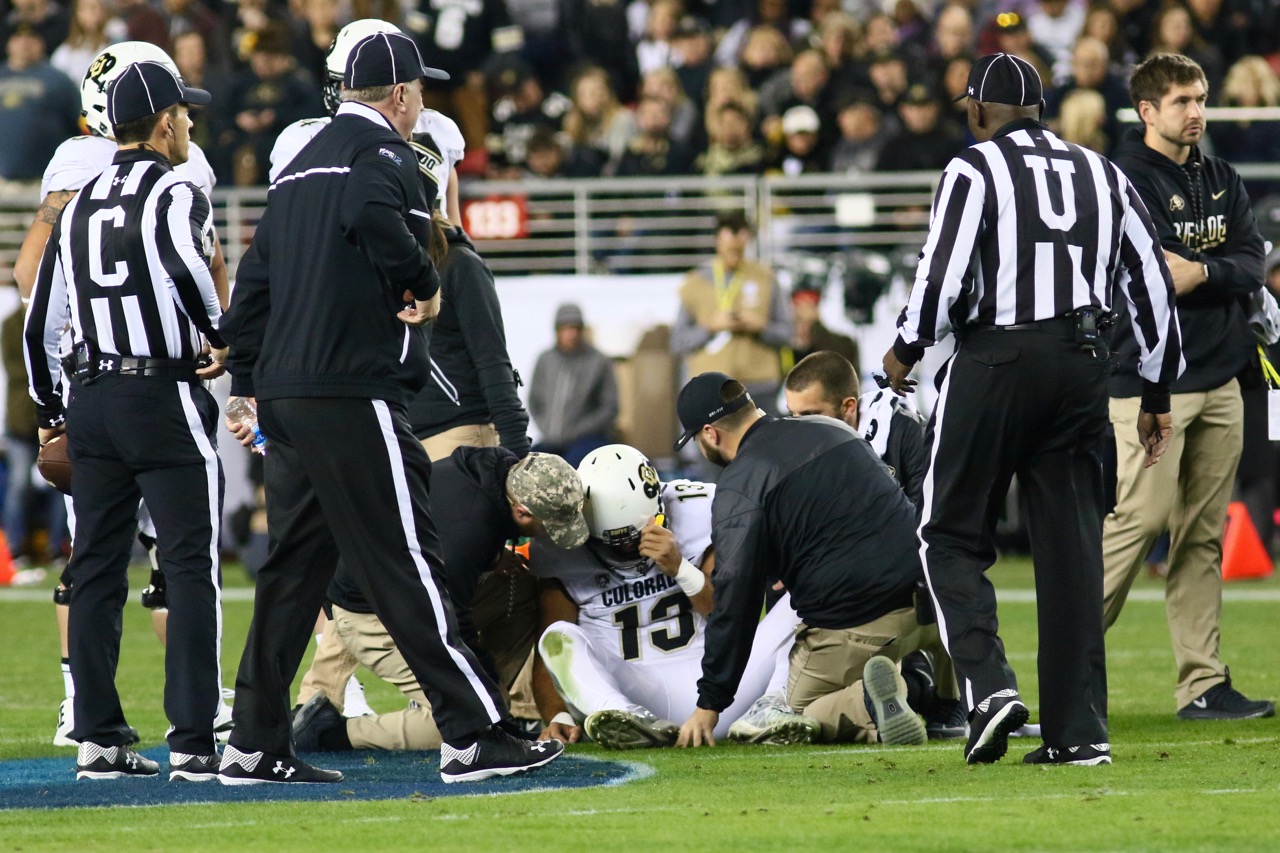 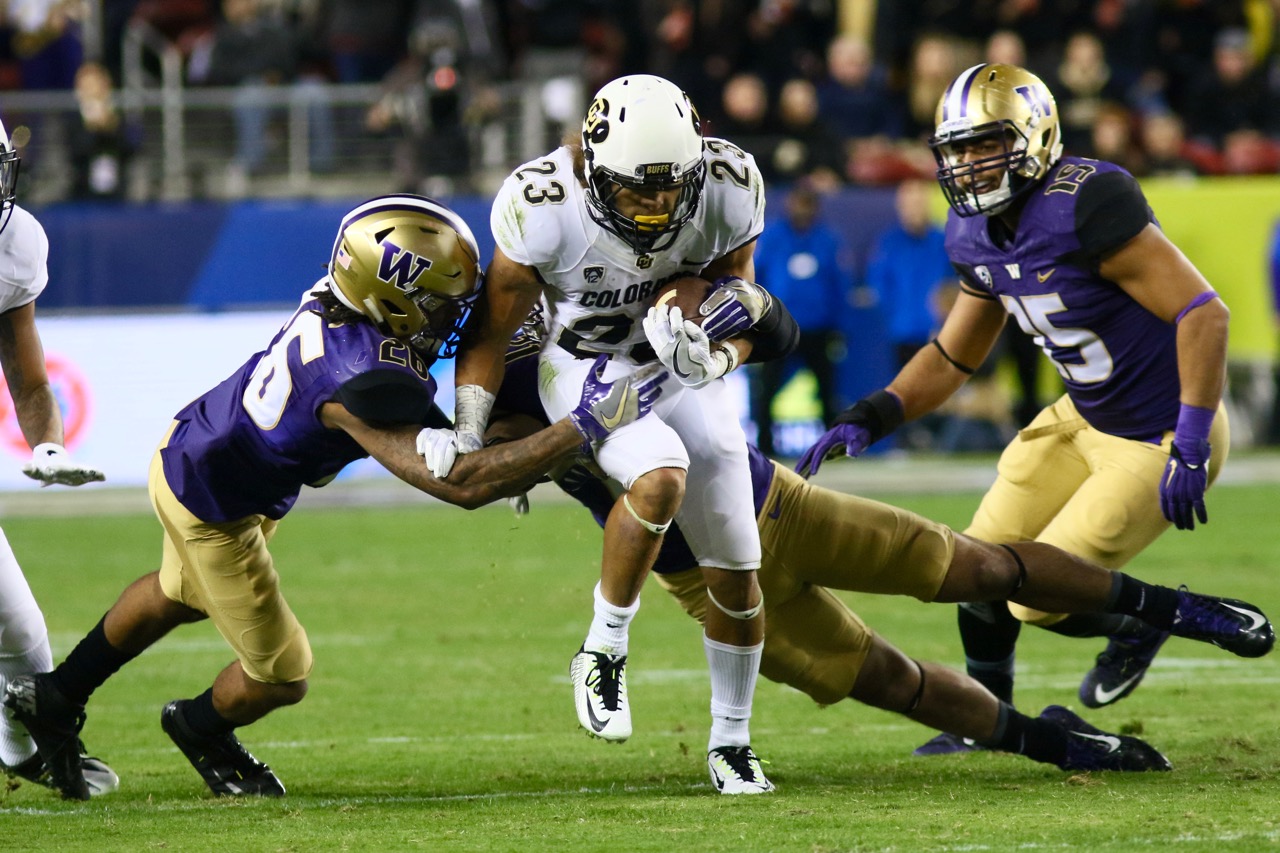 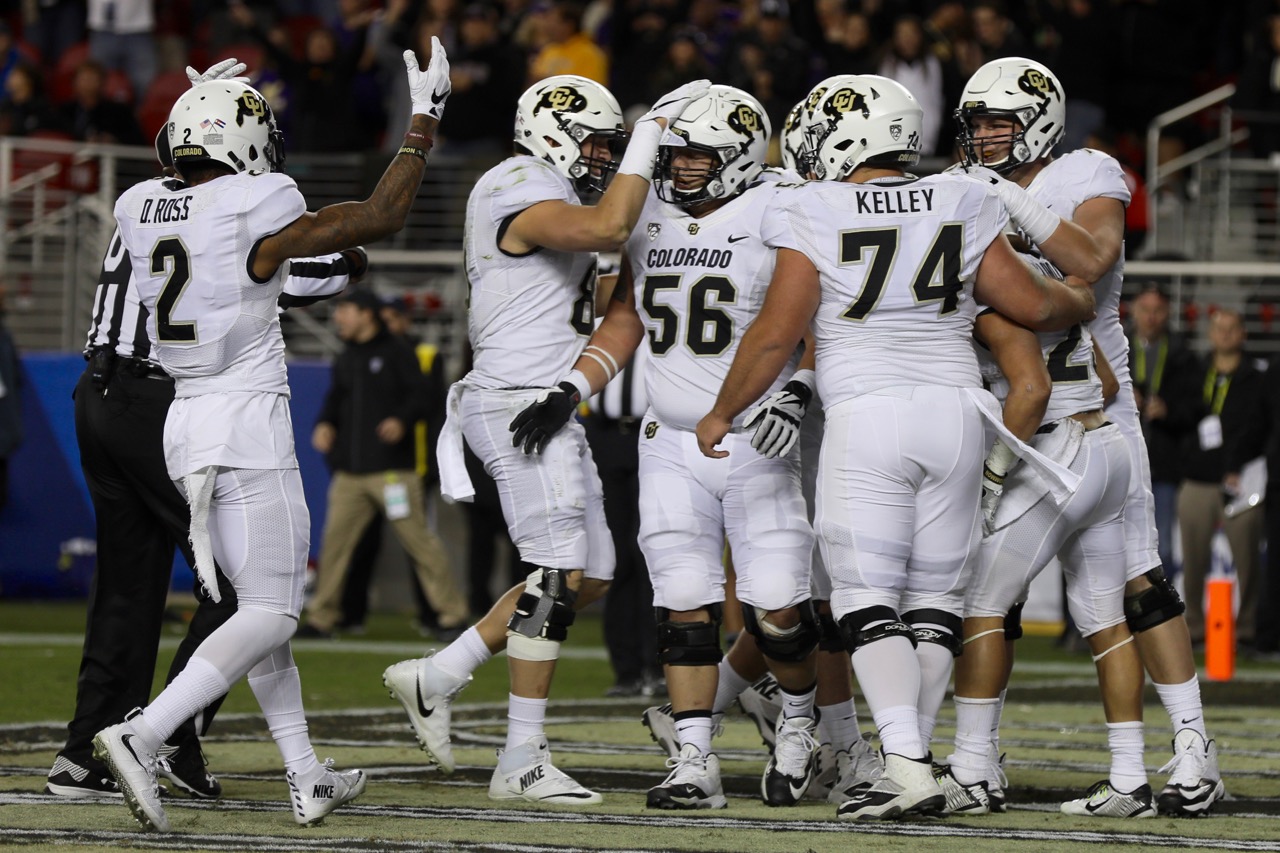 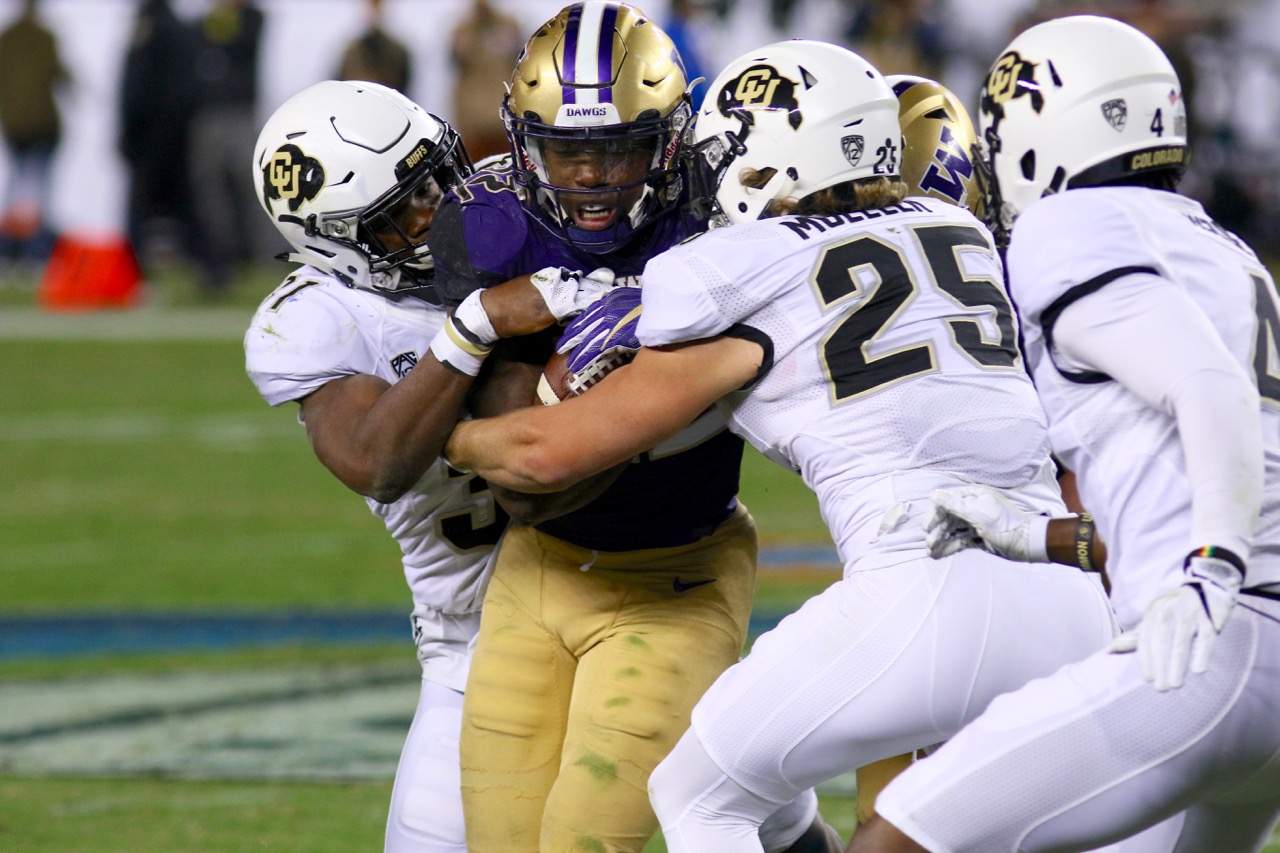 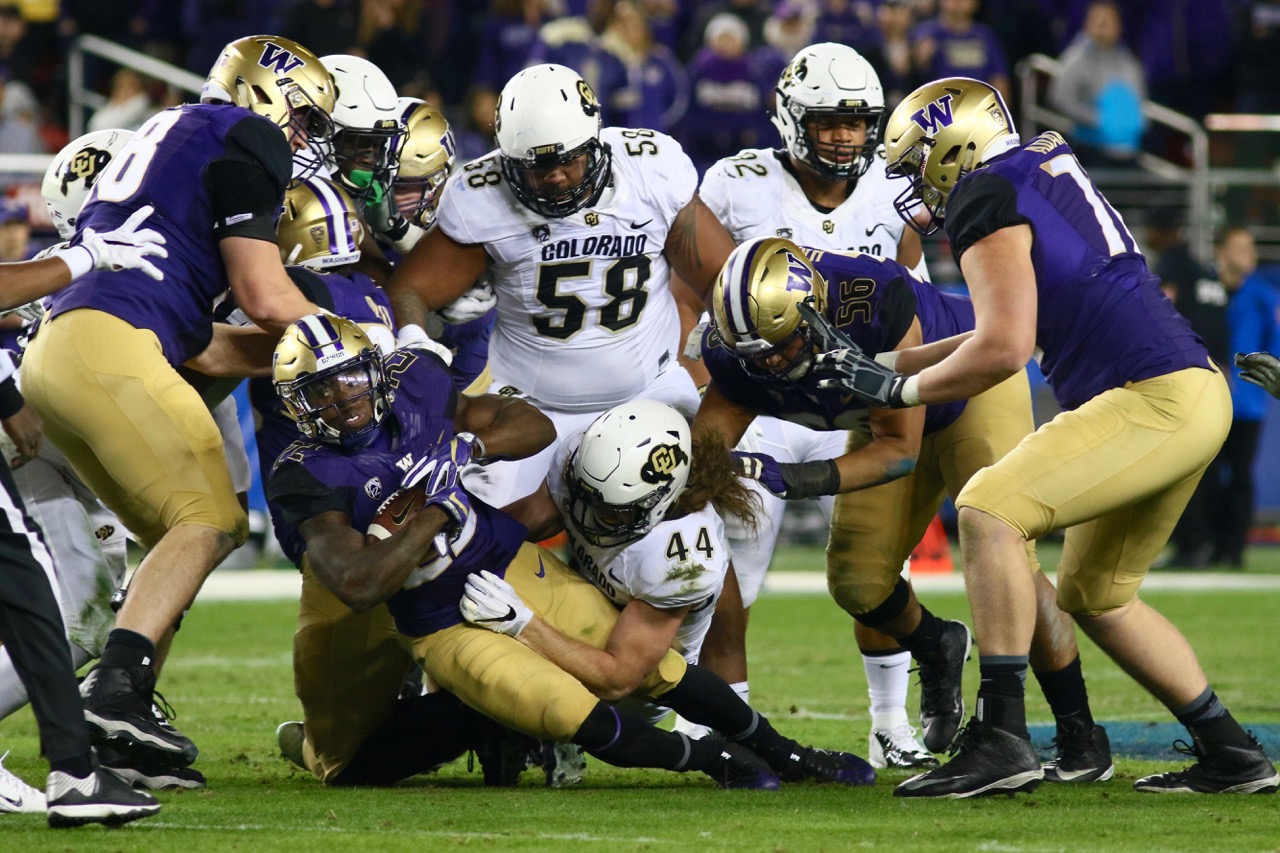 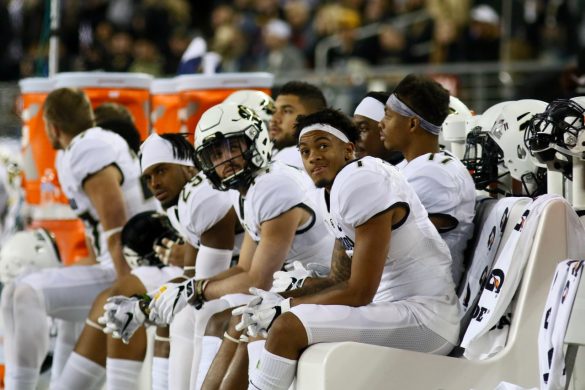 The Buffs bench looks towards the lopsided score on the jumbotron during the Pac-12 Championship Game at Levi's Stadium. Dec. 2, 2016. (Nigel Amstock/CU Independent File) 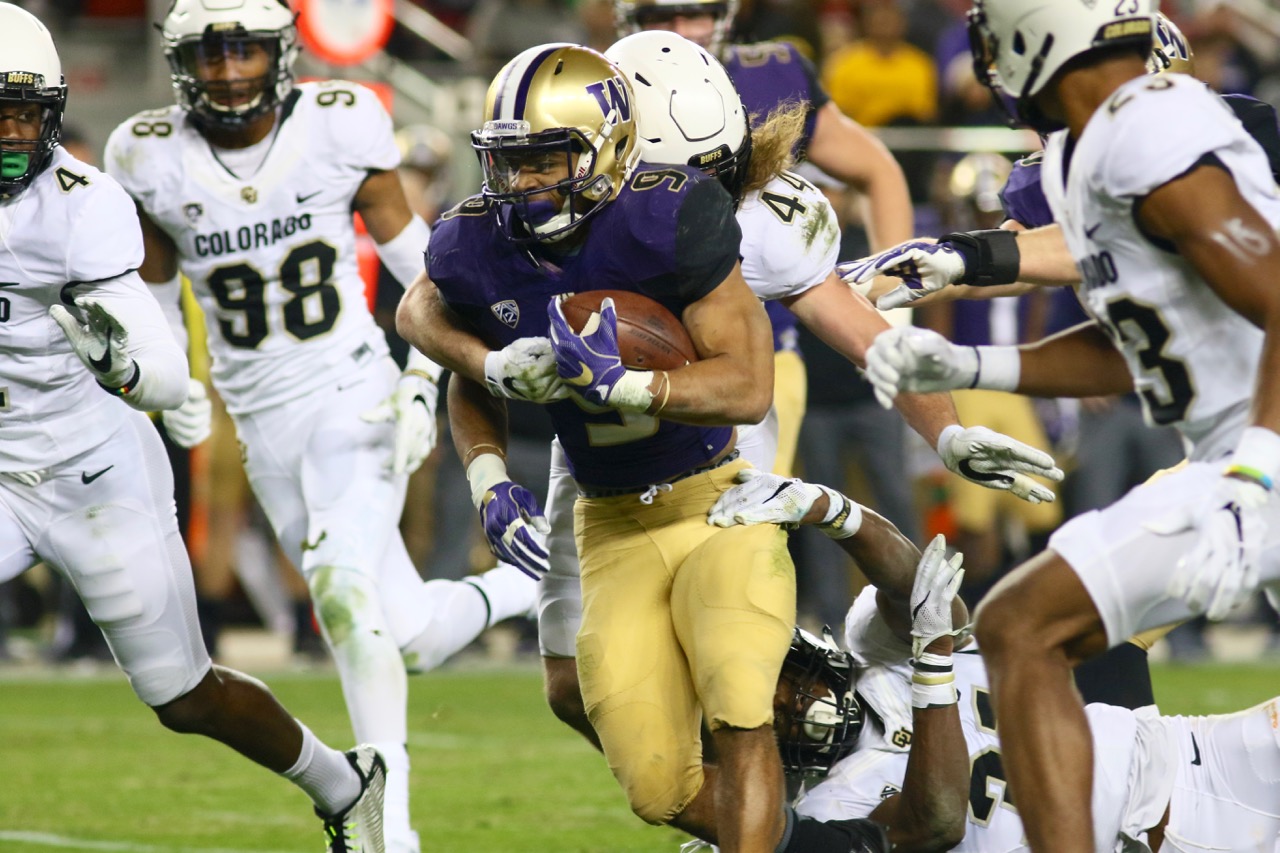 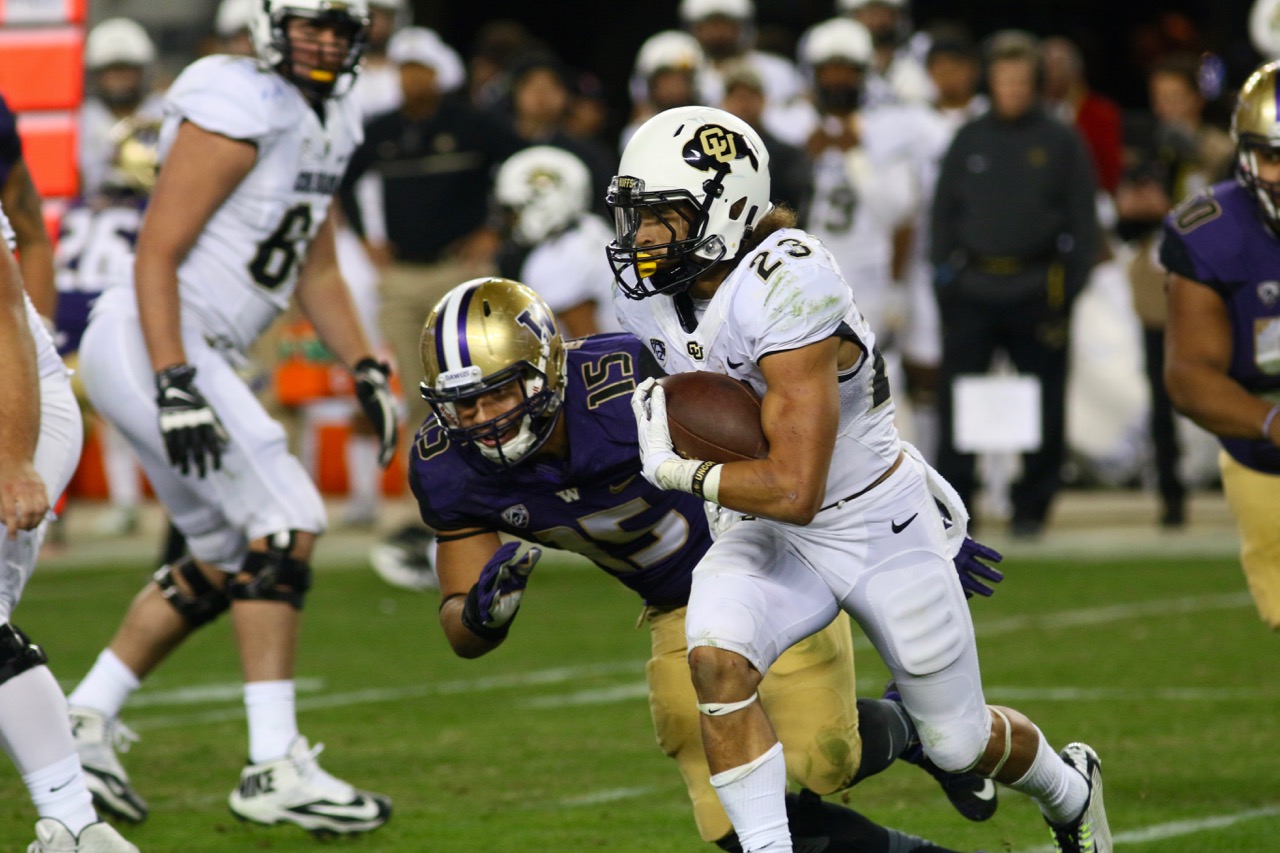 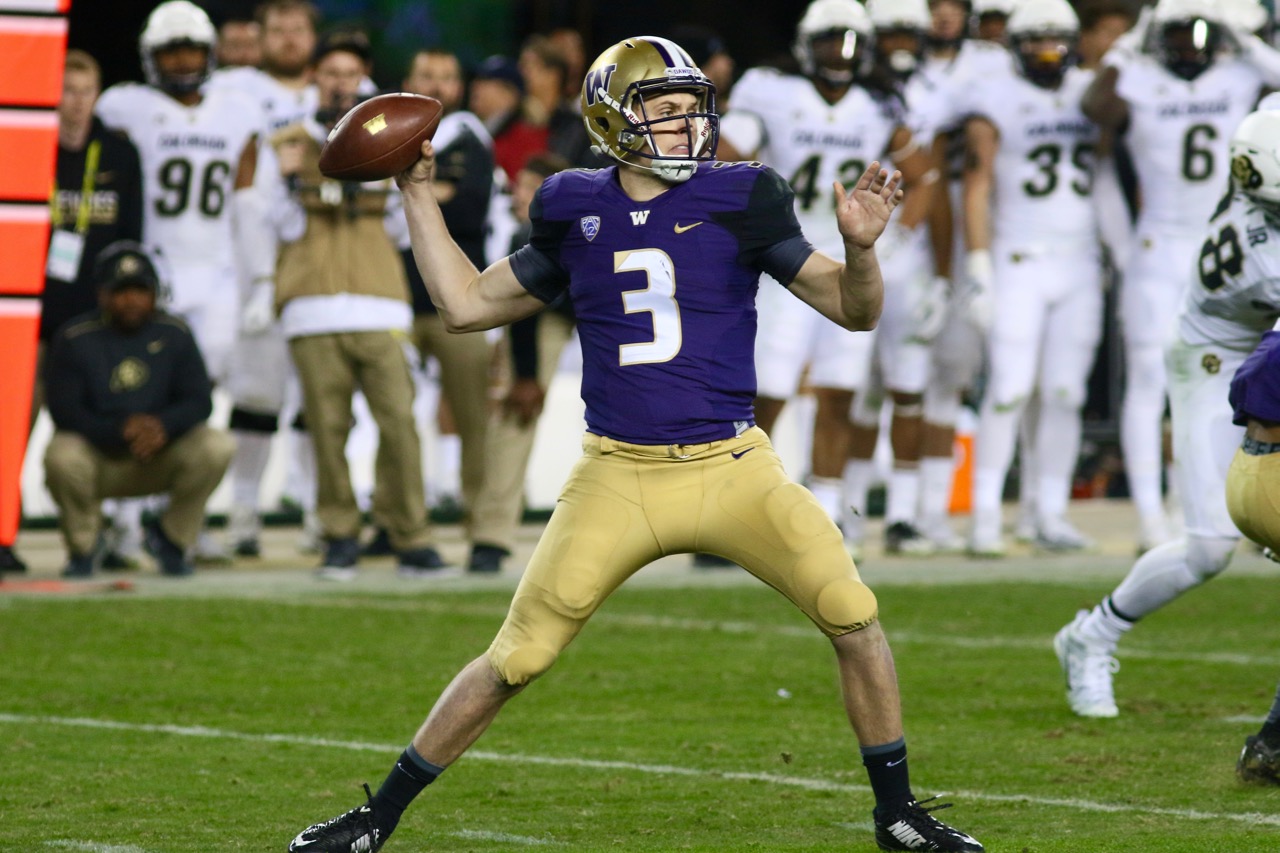 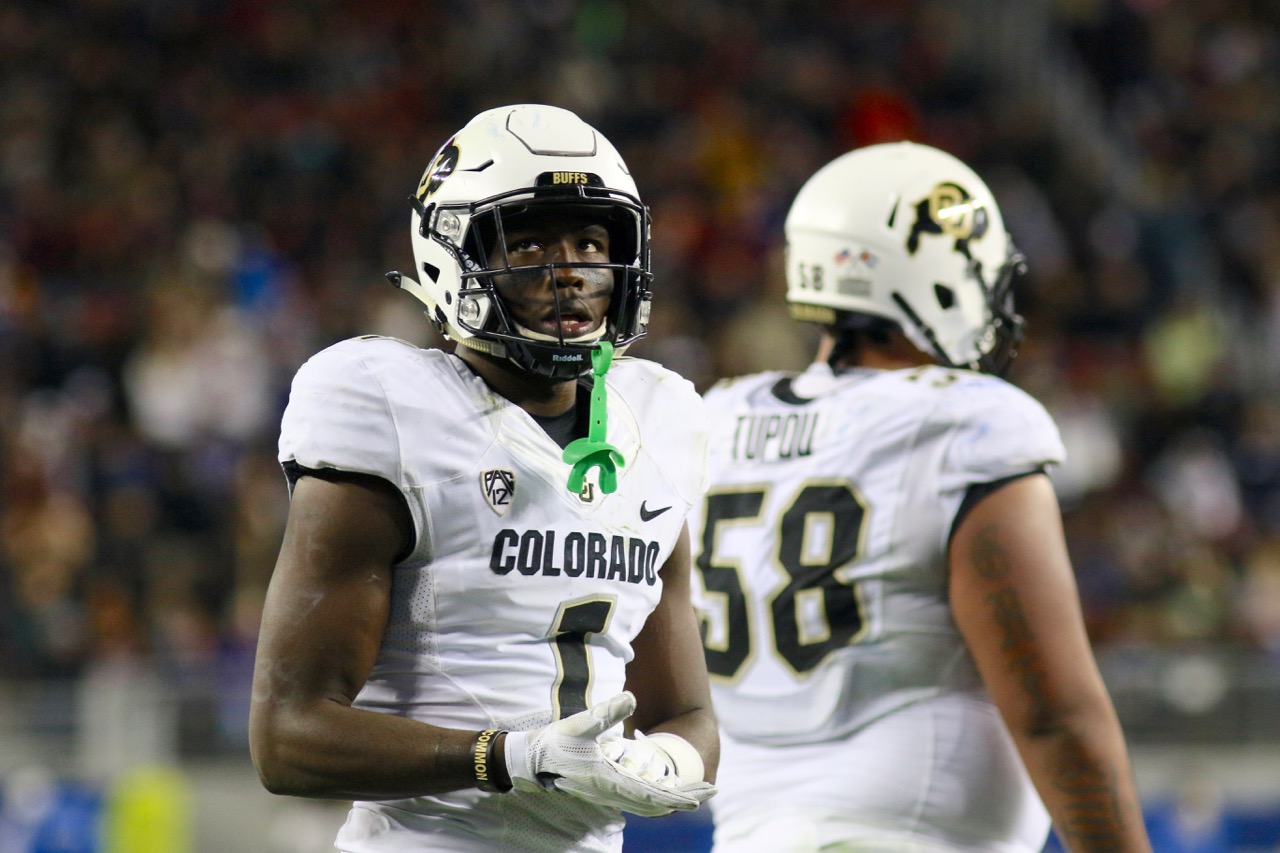 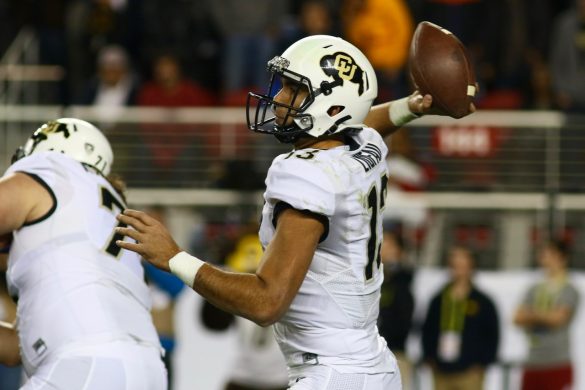 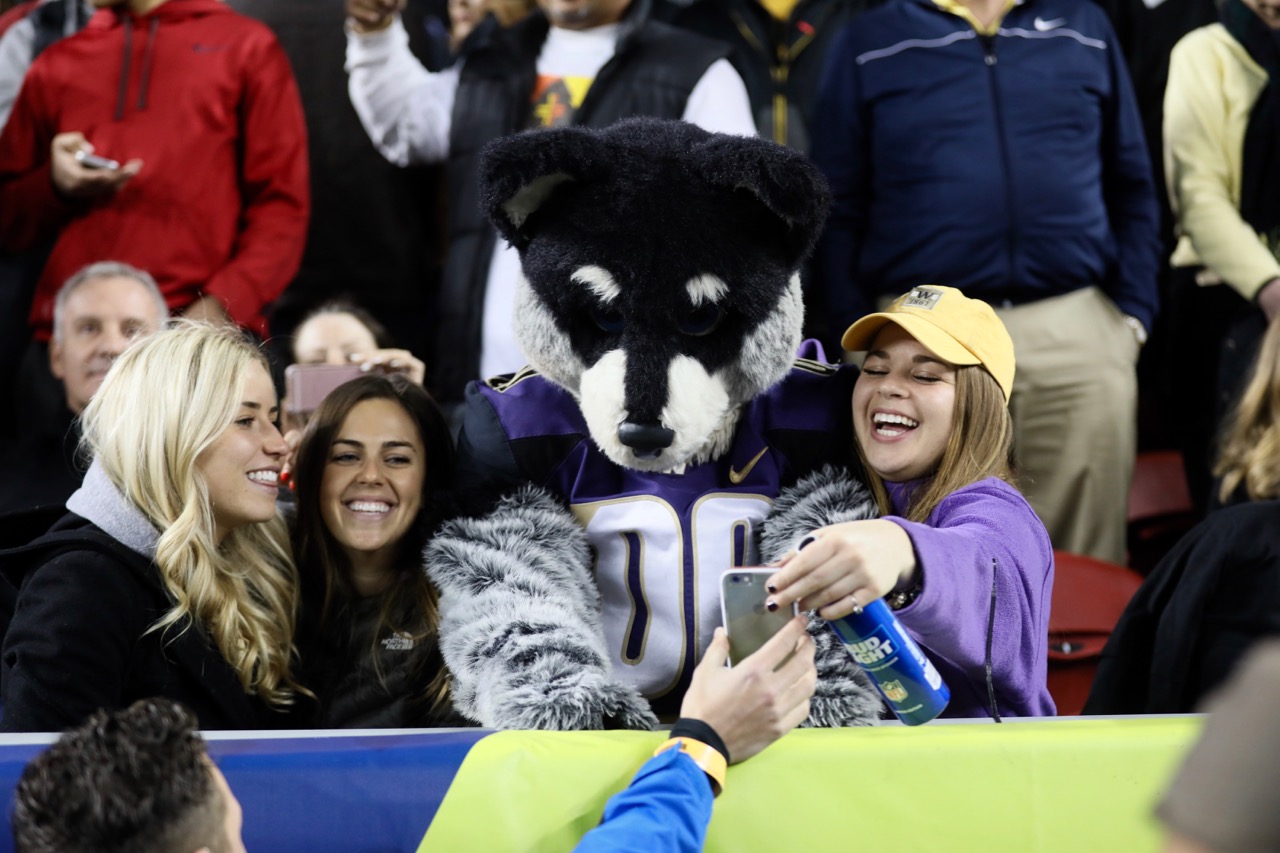 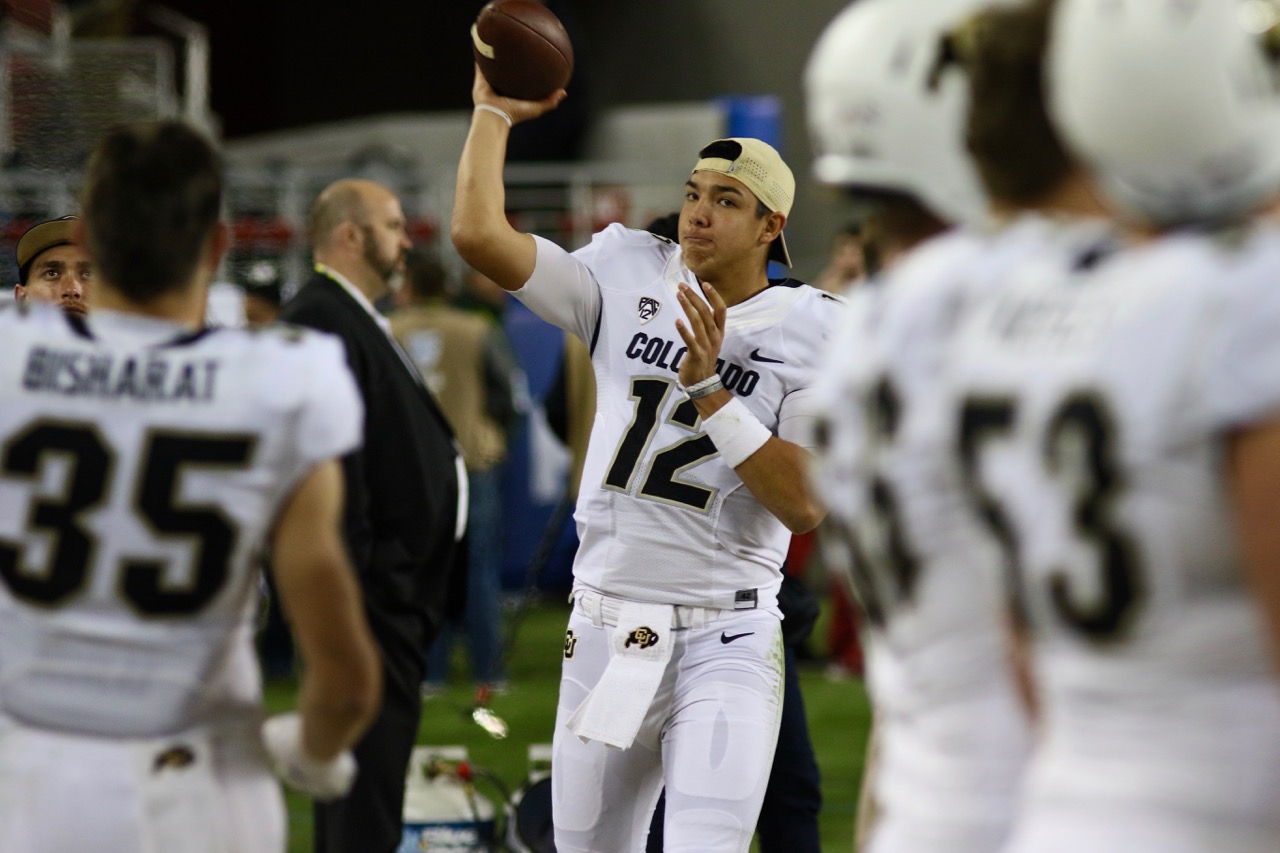 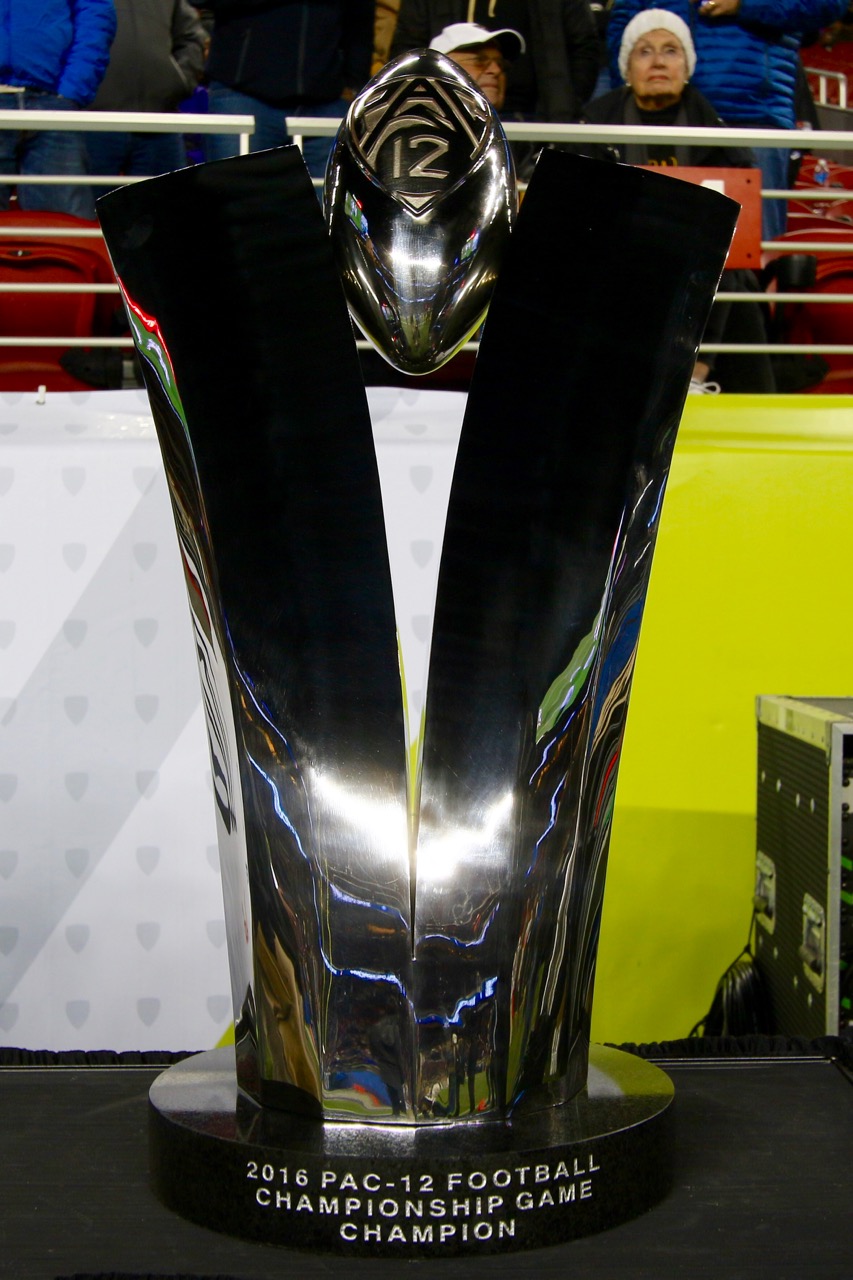 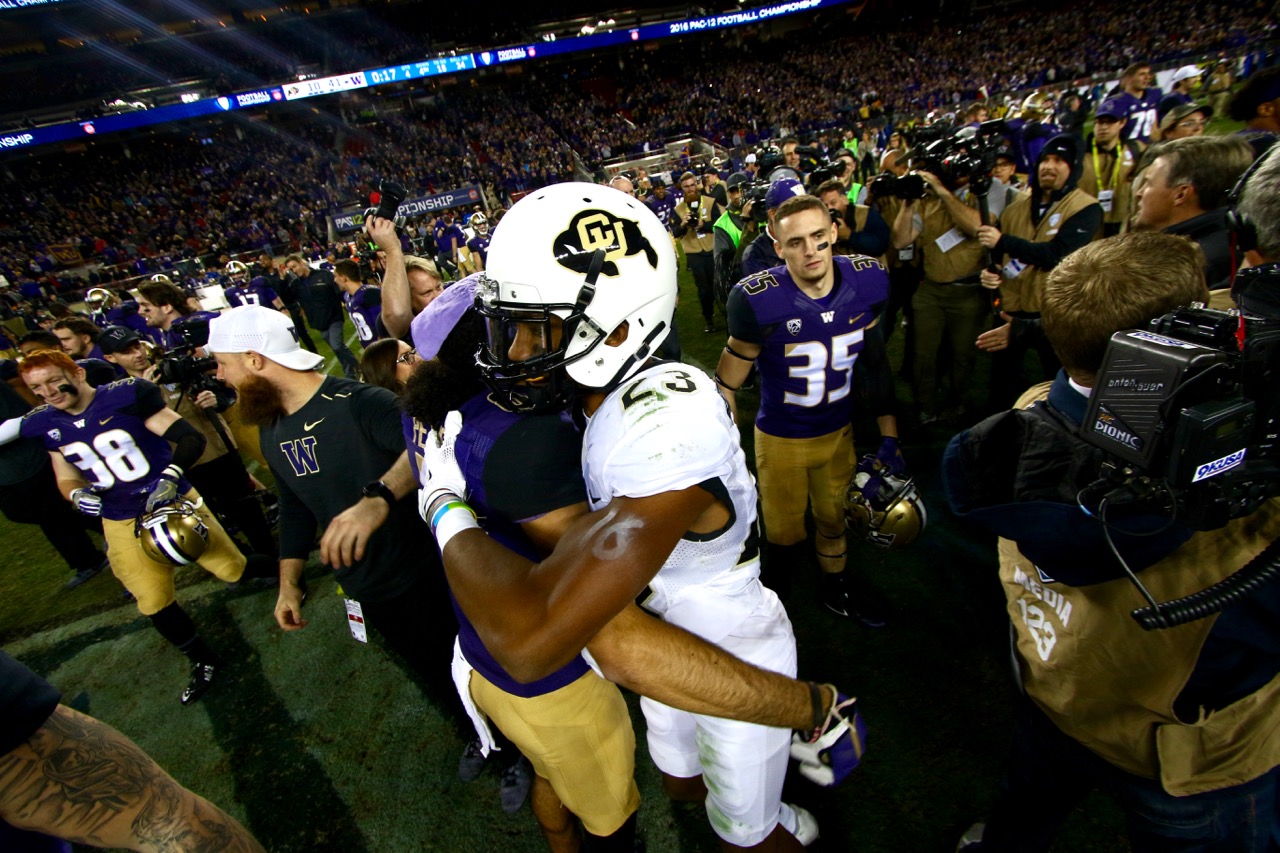 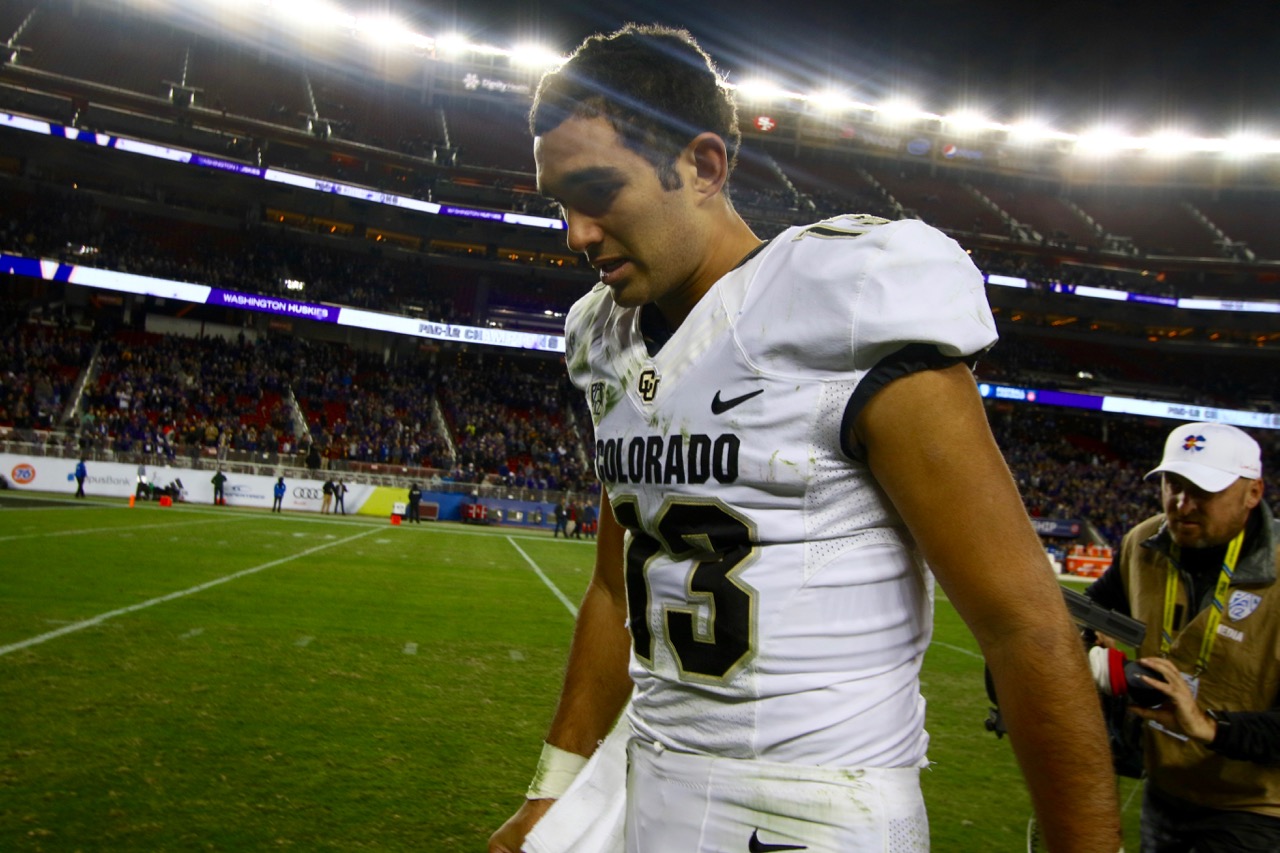 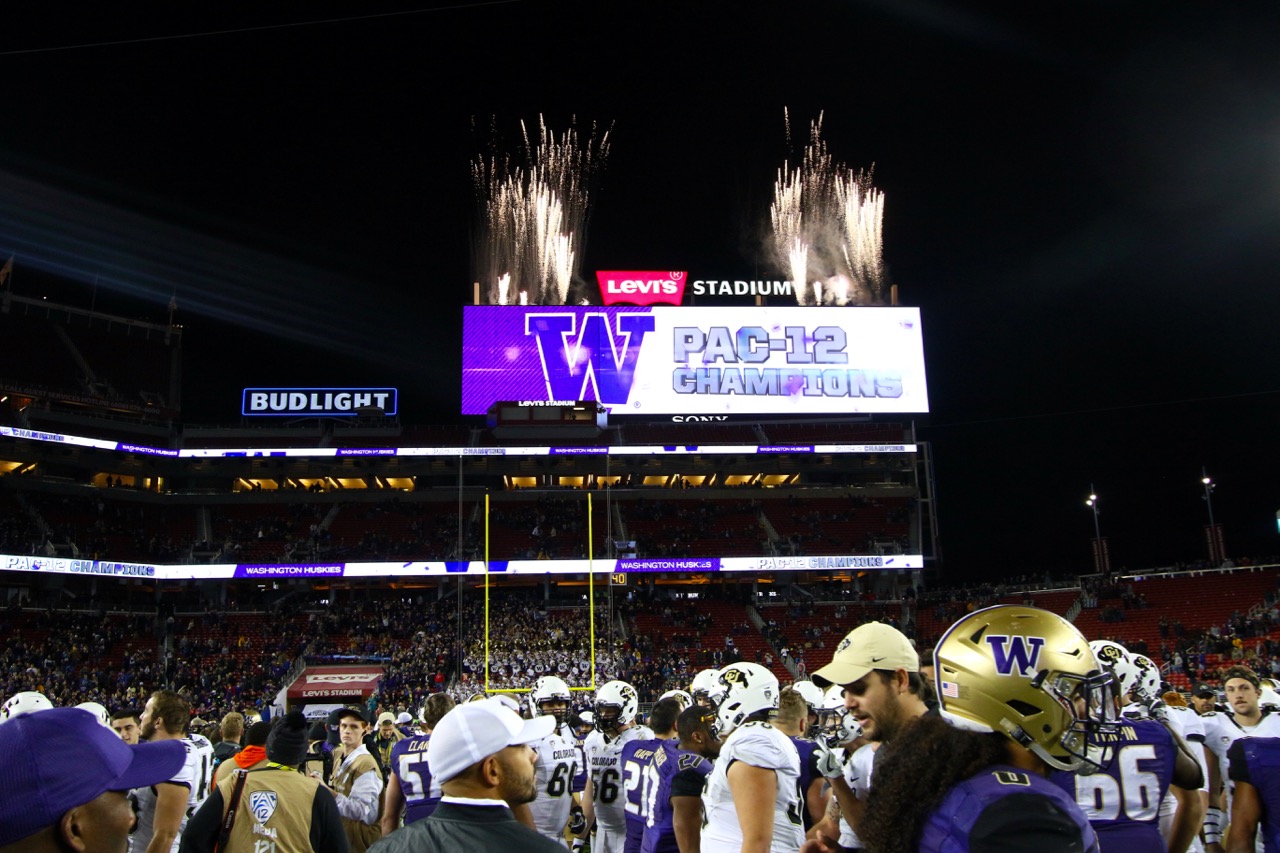 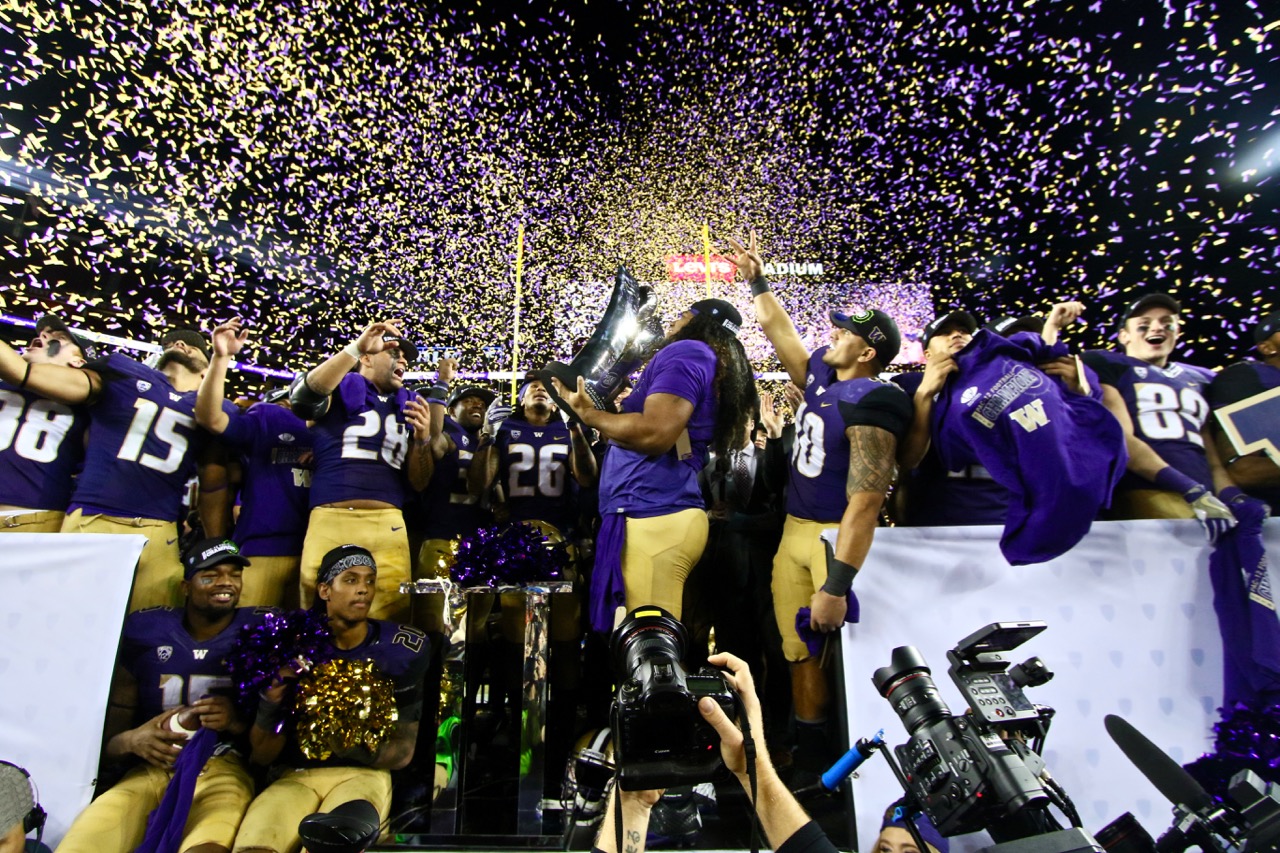