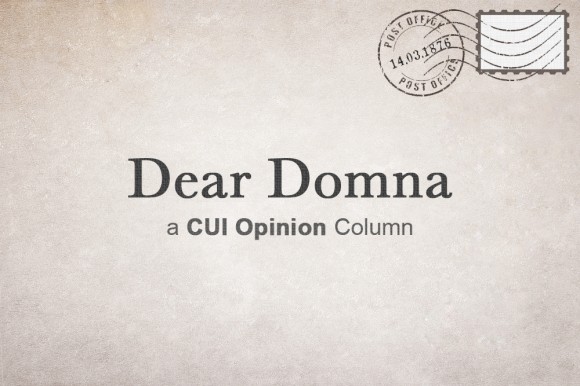 Lately, I’ve noticed the problem our generation has in using modern, urban vocabulary. Too many times a day do I hear the words “gay,” “retarded,” “fag” and “pussy” being used as derogatory adjectives, as well as “slut,” “that bitch,” “whore,” and “thot” being used to describe women. It is time we truly become conscious as a society, and individually, as to what we are saying and to the true meaning of the words themselves.

“That party was so gay,” or, “It’s so gay that my teacher gave us an exam today,” are phrases that I’ve heard too often from too many people. The issue is that no one really fathoms the underlying negative connotation behind “gay” when it’s used in that way. When you’re calling something or someone gay as an insult, you’re basically calling homosexuality inadequate, pathetic and essentially saying that it sucks. So, when you’re calling something gay, you’re also putting down those  who consider themselves gay. You could be completely non-homophobic, but if you’re using the word “gay” as an adjective, you need to understand what you are inherently implying.

A majority of the people I know around my age use the word “retarded” on a daily basis. We’ve all heard “that’s so retarded,” “you’re so retarded” or “it’s so retarded,” to describe pretty much anything or anyone that is deemed stupid, lower than oneself, inferior or foolish. Once again, I understand that those who use the word “retarded” in such context are not trying to offend anyone who is actually disabled. But it could come off as extremely offensive, and you are in essence putting down and subordinating those who actually are “retarded.”

Both men and women put down females by using the words “slut,” “whore” and “thot” (That Hoe Over There) to describe a woman of promiscuity, a woman who may be showing a lot of skin or a woman that they simply dislike. As women, if we demand respect from men, we can’t disrespect each other. How are men going to respect women if women don’t even respect other women? Personally, I hate the word “slut” and words with similar meaning. If a woman wants to have sex with men because it’s a natural human drive, it is no one else’s business to judge. If the woman isn’t carelessly spreading STDs or having sex with people in spite of someone else, then leave her alone and don’t label her in such degrading and derogatory terms. If a woman wants to show cleavage or wear short shorts or anything that may come off as “risky” to some people, it has absolutely nothing to do with anyone else. You’re not the one wearing the clothes, so you have no right to feel so offended that you need to put that woman down.

It is time that our generation starts articulating a more creative and mature vocabulary. Instead of using the word “gay” when you have a sense of displeasure about something, why don’t you use pathetic, inadequate, insufficient, unpleasant, unsatisfactory or mediocre? Instead of using the word “retarded” why don’t you say stupid, unintelligent, ludicrous, senseless or ridiculous? Avoid putting down a woman with the word “slut” all together, and practice being non-judgmental towards women as a whole. Once you abolish such juvenile vocabulary, you will come off as more mature and people will take you more seriously. Be conscious and mindful of what you are actually saying, whether it is just to your friends or not — what you do in private can often come to shape when you are in public.