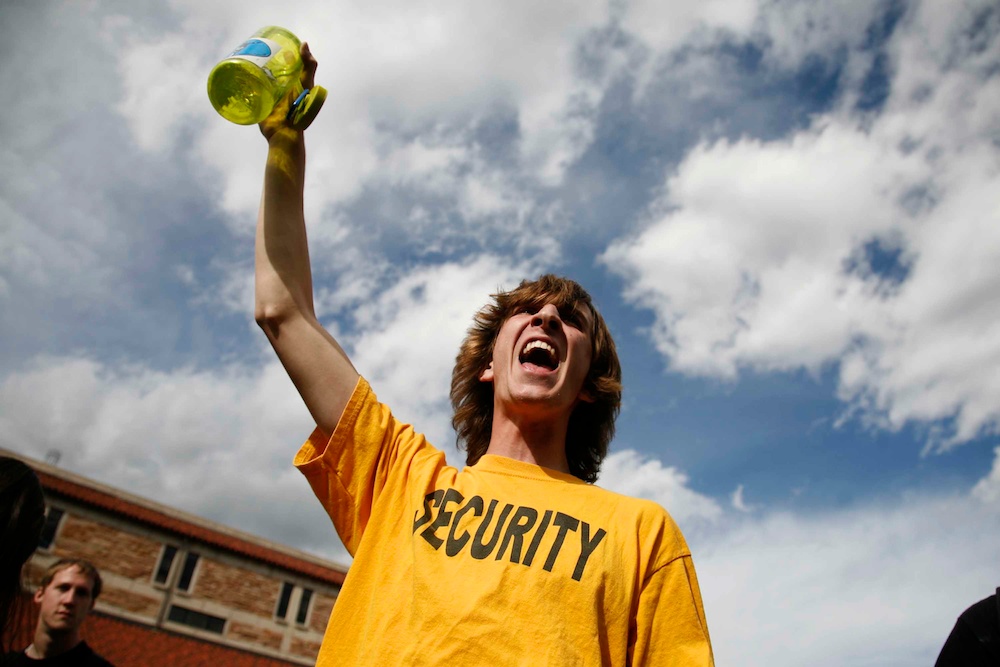 April 20 is fast approaching. That means it’s time to stock up on Peeps, hide plastic eggs without forgetting where you put them or maybe, if you’re a college student in Boulder, start getting upset about the upcoming CU campus closure.

Ever since the first closure in 2012, a move by CU administration and the Boulder Police Department to discourage a gathering of pot smokers, CU students and other members of the Boulder community have raised an annual fuss about the closure and its efficacy in preventing the once-famous 4/20 smoke out. That public marijuana consumption was – and still is – illegal in the state of Colorado quickly becomes forgotten as countless smokers shake their fists over their invented rights that the city has taken away.

Fortunately, the 4/20 Rally in Denver’s Civic Center Park provides an outlet for avid cannabis enthusiasts. The event, growing every year, now features a long lineup of musical artists and other performers and, new this year, a host of licensed vendors flooding into town to sell their now-legal bud. The event’s page claims the rally this year “will feel less like doing something wrong while your parents look the other way and more like a celebration of how grass roots organization can affect [sic] change”.

The re-branding of the rally as a “celebration” rather than a protest may be an attempt to rub off the black mark left by the shootings that broke out during last year’s event, scattering Civic Center Park into chaos.

Despite the positive messages broadcasted by organizers of and participants in the rally, violence and fear have yet to be completely extricated from circumstances surrounding the drug. Last week, CUSG issued a statement regarding its efforts to collaborate with Boulder Police in creating positive changes on 4/20 for years to come. It said the CU Administration would have to work harder to “minimize the identified negative impacts of the temporary police state our campus turns into every April.”

When the public makes a big deal out of a new or sensitive issue, law enforcement is likely to respond in kind. After the Montgomery Bus Boycott of 1955, white segregationists responded with violence and resistance. Martin Luther King Jr., hoping to mitigate the negative aftereffects of the civil rights victory, issued a pamphlet encouraging black Americans to take advantage of integration moderately and courteously. Among the list was the suggestion, “Do not deliberately sit by a white person, unless there is no other seat.” King hoped to provoke as little negative response as possible: Change, he recognized, comes slowly.

And let’s not forget that this was part of the Civil Rights Movement, a movement aimed toward (and successful in) making the U.S. government treat black people like people. Marijuana’s recent victory is, by comparison, a trite and forgettable event. No one was oppressed when forbidden to smoke marijuana. That said, no one was hurt when marijuana was no longer forbidden.

Pot needs to be de-emphasized just as much as it needs to be decriminalized. And now that our state has decriminalized marijuana, there is even less cause for civilian unrest. It is a non-issue, a non-entity, leaving less damage in its wake than even mild alcoholic drinks. Smokers of Colorado, you’ve already made it. You can stop rallying against The Man now.

The sooner we stop making a big deal out of marijuana, the sooner it will become no big deal.

The Rocky Coasts are poised to make a splash...