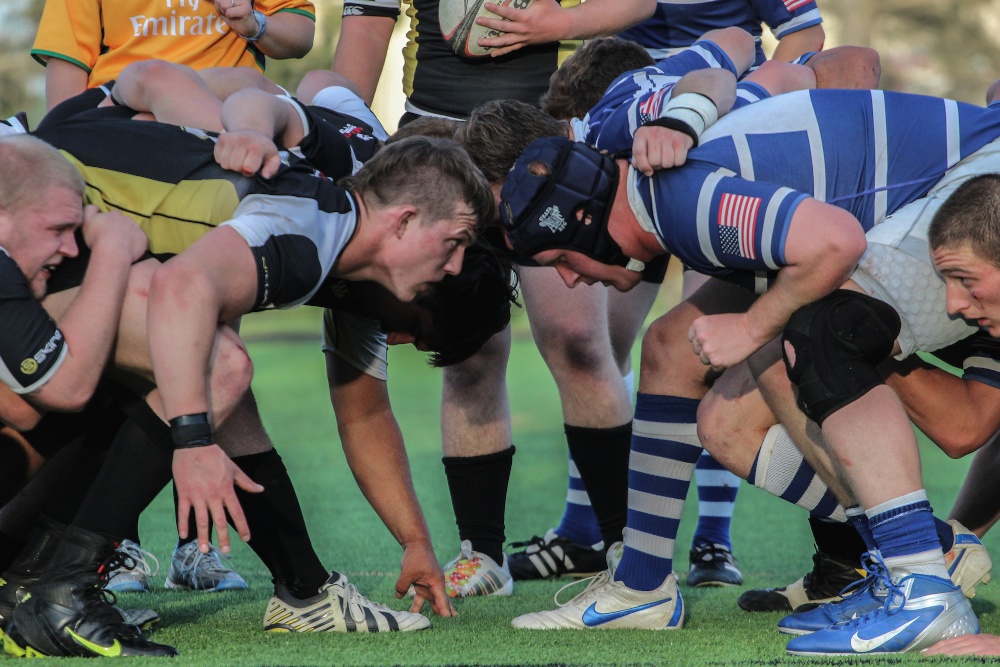 The Colorado and Air Force rugby teams engage in a scrum April 15, 2014 at Kittredge Field on the CU campus. CU lost its season finale 29-27, but the Buffaloes advance to the D1A National Championship tournament to play San Diego State. (Matt Sisneros/CU Independent)

The University of Colorado men’s rugby team fell to Air Force Tuesday, 29-27, at Kittredge Field in the Buffaloes’ last regular season game of the year.

Although the Buffs already had a playoff spot locked up going into the match, Colorado was hoping to pull out a victory in order to gain some momentum going into the tournament.

“It would’ve been nice to have won this game, especially going forward to Saturday,” assistant coach Phil Kelly said. “We pretty much had most of our starters out there.”

Colorado had several opportunities in the opening minutes of the game to put points on the board, but only managed to get five points from a try. Once Air Force finally gained possession, they scored almost immediately. The Zoomies had possession in their half of the field for much of the match after CU’s initial surge and controlled the game with their quick passing.

When asked what Air Force did better to pull out the win, Kelly responded simply.

The Buffs struggled to bring down ball carriers all night, which led to Air Force’s possessional advantages. Kelly also said the team needs to work on ball handling, as Colorado mishandled many passes that could have led to points.

The highlight of the game for CU came when senior center Brian Wanless ran three-quarters of the length of the field to score in the second half. The try and later successful conversion gave the Buffs a 22-19 lead with about 19 minutes to go.

Air Force scored its own try and conversion to take back the lead late in the game (29-22), and the Buffs couldn’t recover. 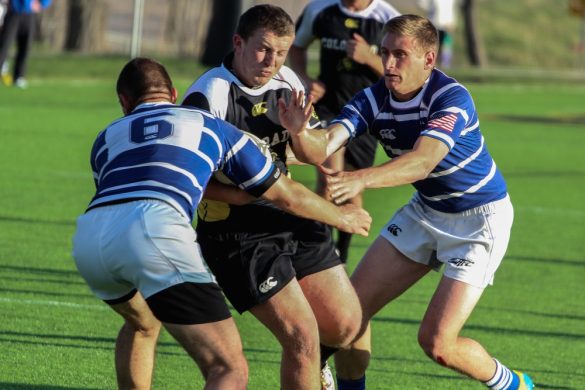 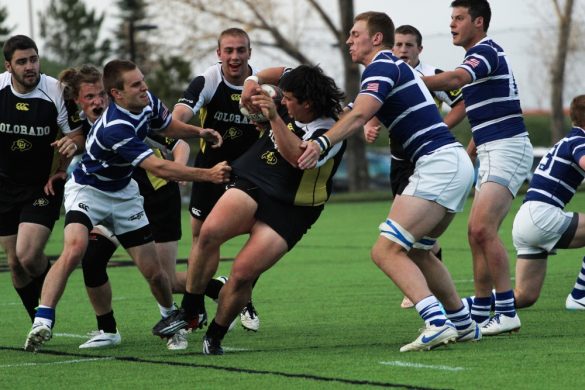 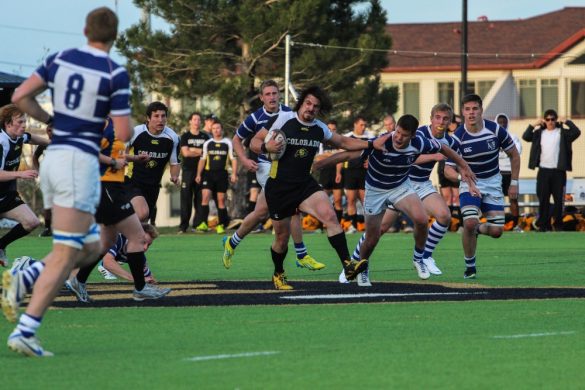 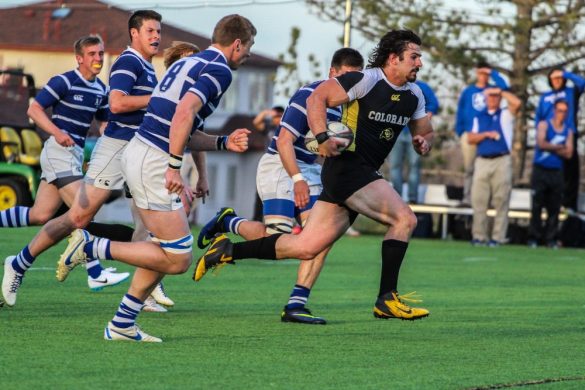 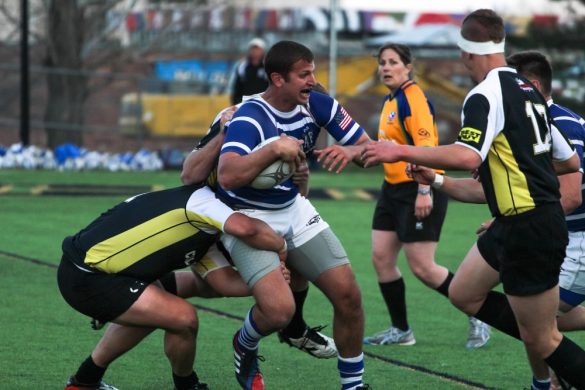 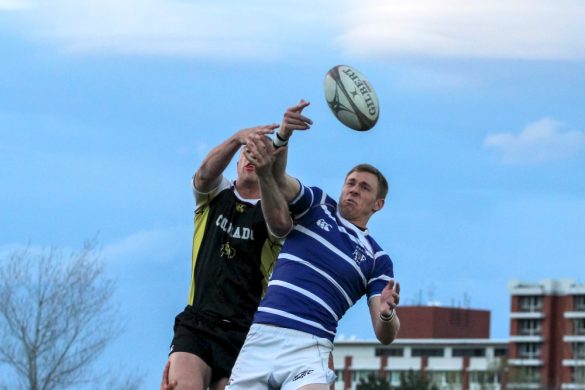 Colorado will play San Diego State in the first round of the D1A National championship tournament next Saturday, April 19, at Kittredge Field. With a victory, Colorado would advance and travel to face second-seeded Life University on April 26.