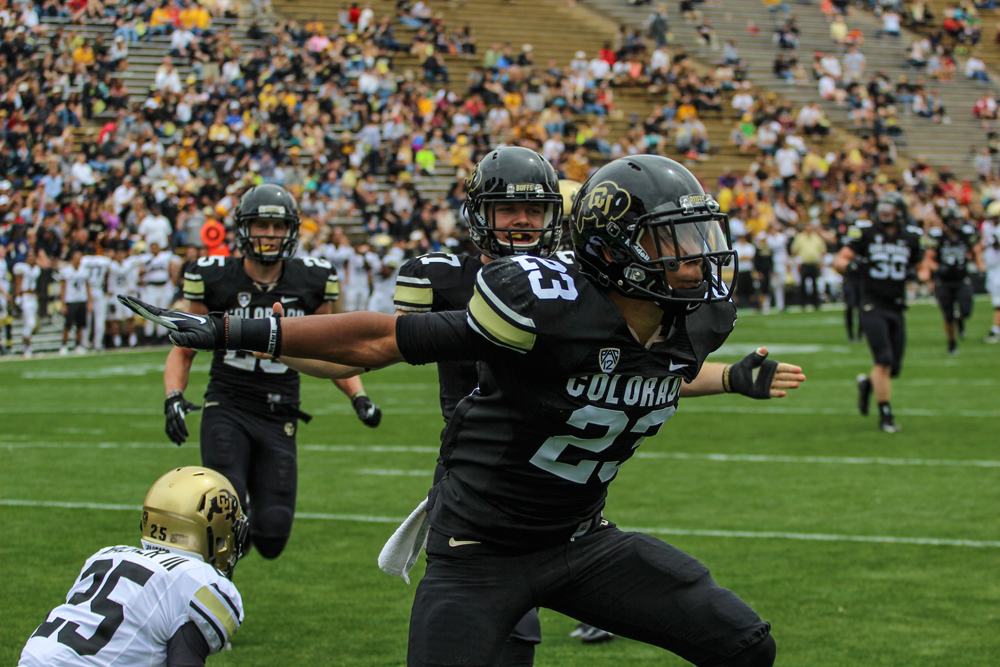 The annual Colorado Black vs. Gold spring football game took place Saturday, April 12 at Folsom Field. The Black squad rallied from behind to win with a final score of 21-17. As is tradition, the Black team earned fine dining steaks with the win. More importantly, CU football gained valuable insight into what kind of squad they will be next semester.

For most fans, the game was an opportunity to see the potential quarterback competition between last year’s starter Sefo Liufau and redshirt sophomore Jordan Gehrke, as well as who will replace Paul Richardson as the go-to receiver.

Both quarterbacks put together solid games. Liufau completed 19-of-31 passes for 238 yards, two touchdowns and one interception, while sophomore Jordan Gehrke went 5-of-11 for 113 yards and one TD. Despite the statistics, head coach Mike MacIntyre quickly silenced any controversy over who should be starting after announcing that Liufau will start going into camp in August.

As for who can potentially replace Richardson’s production, the answer appears to be a medley of wide receivers. The most notable was speedy redshirt freshman Bryce Bobo, who caught five passes for 132 yards, including a 62 yard touchdown strike from Gehrke. Bobo’s ability to stretch the field is exactly what the Buffs are looking for.

His performance was no surprise to MacIntyre who said “Bryce has been doing that all spring, we’ve seen him make those plays but it’s exciting to see him make them today. He has the ability to help us next fall.”

On the other side of the ball, defensive coordinator Kent Baer said his unit was “miles ahead” of where it was last spring.

“A year ago it took a long time for these kids to understand how we practice, how hard we practice, the number of reps we get, what it takes to be good,” Baer said. “Now, we’ve still got a long way to go, but we’re miles ahead of where we were a year ago – we really are.”

Furthermore, Baer believes Tyler Henington and Derek McCartney, who shared this year’s Dan Stavely spring game award for Most Improved Defensive End, are fitting well into their roles on the defensive front. Junior cornerback Kenneth Crawley also looked solid and is becoming an anchor in the secondary.

“I thought the competition was good,” said head coach MacIntyre. “I think I saw what I was hoping to see – a couple of good rushes by the defensive ends, some good plays by the receivers. There were good plays on both sides. It was fun to get everybody in and play.”

The conclusion of this year’s spring game essentially marks the end of CU’s spring camp, as the Buff’s have only one more practice, which will take place on Monday morning. All there is left to do before next fall is a player-run dress rehearsal for the Buffs’ voluntary summer workouts. 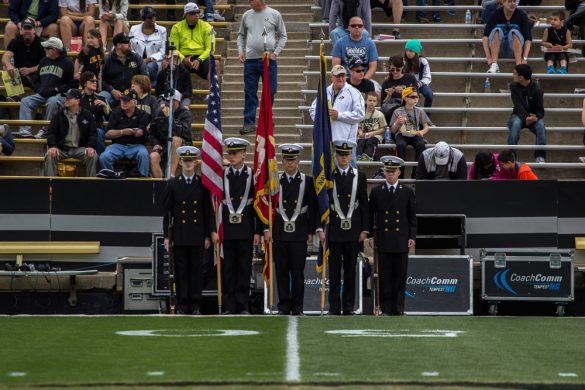 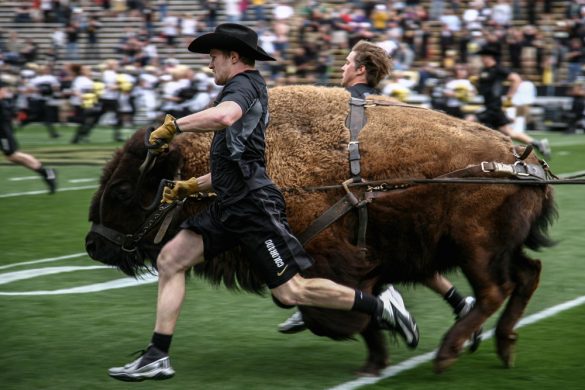 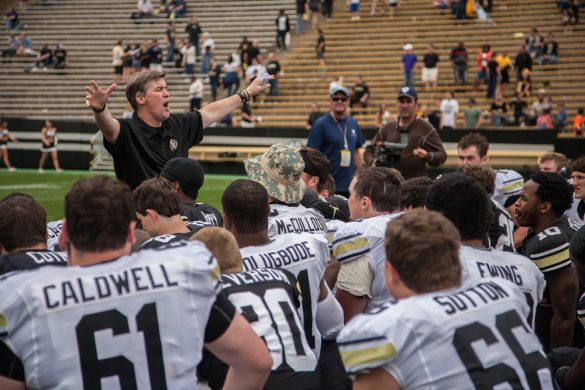 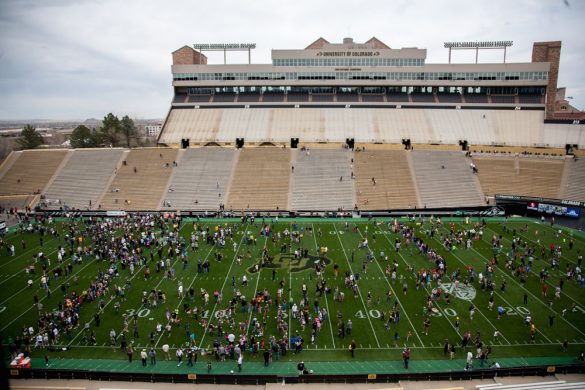 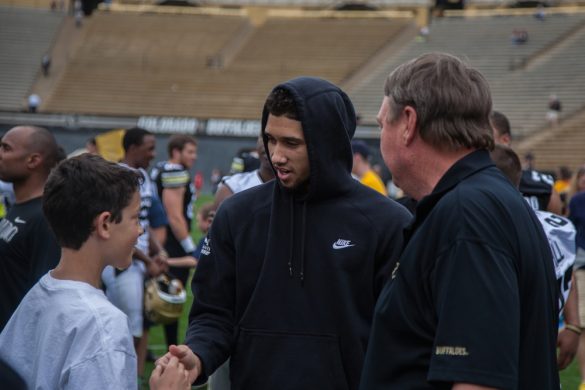 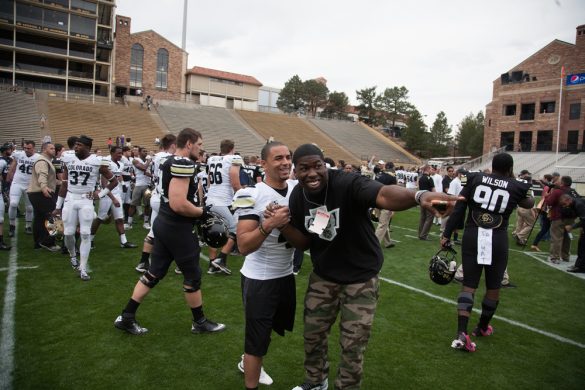 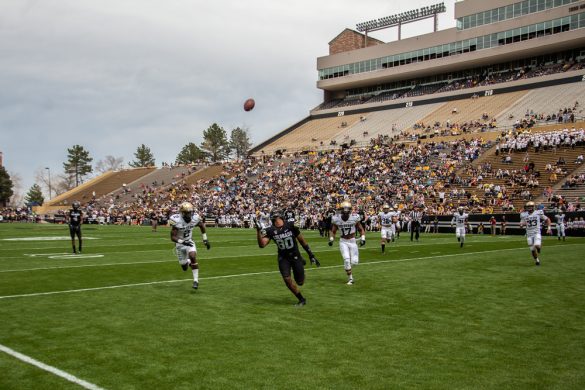 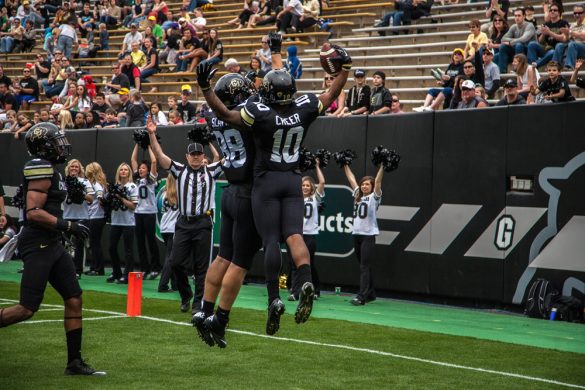 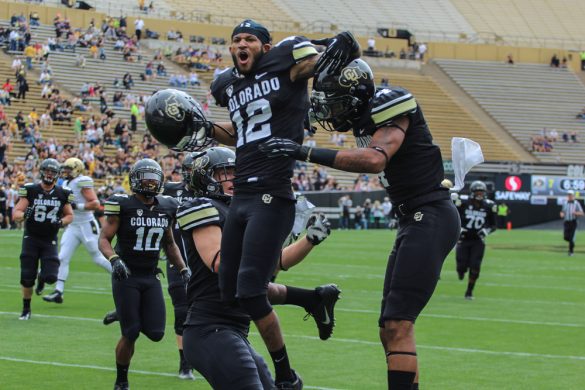 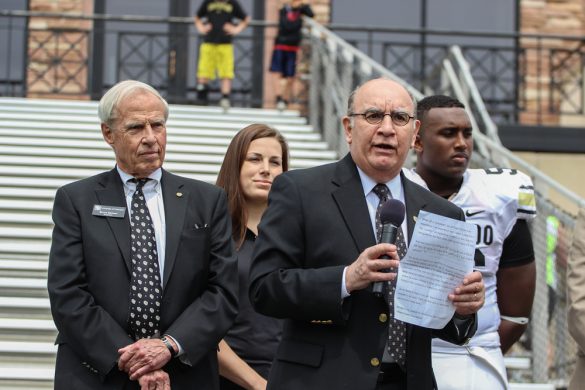 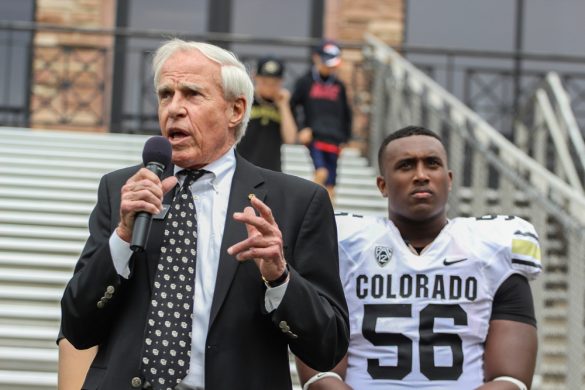 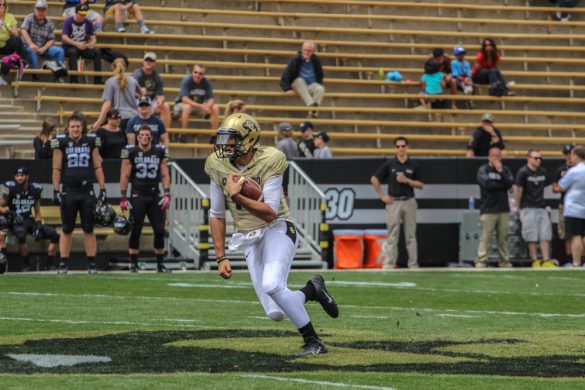 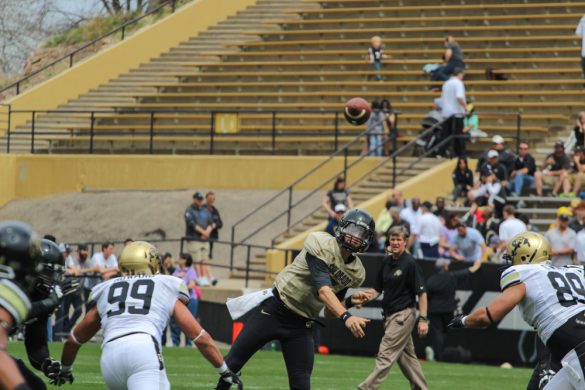 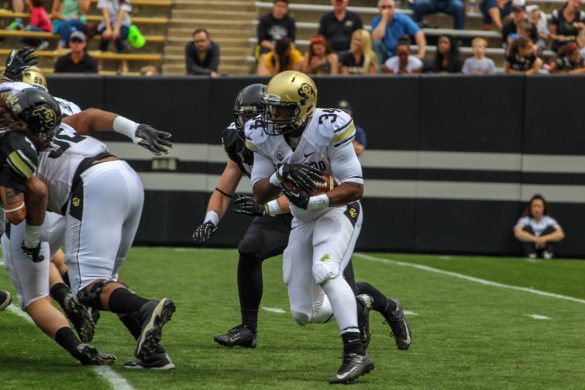 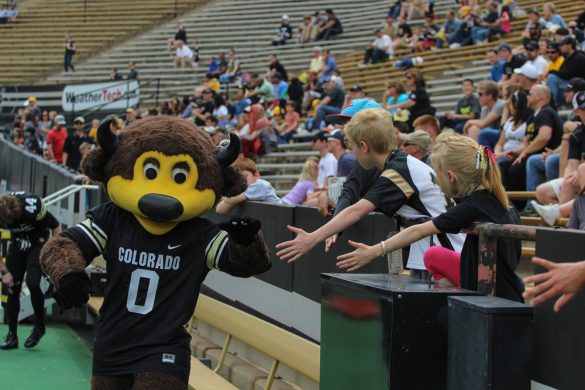 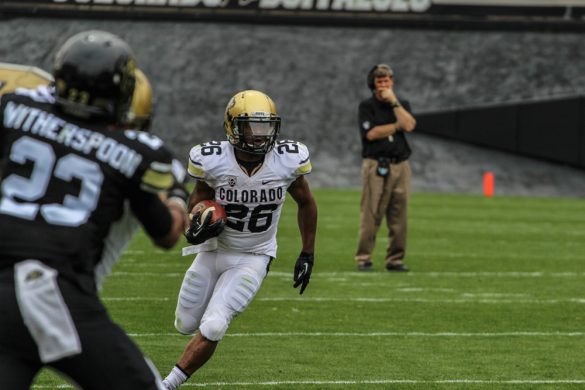 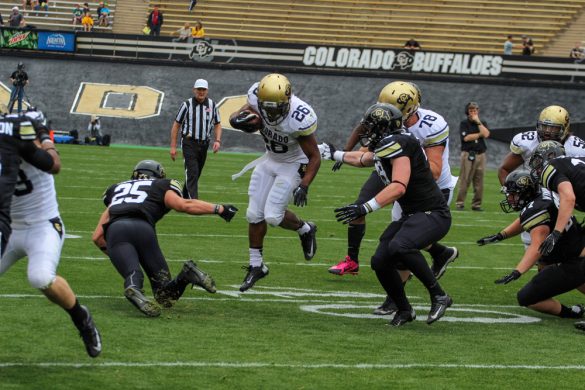 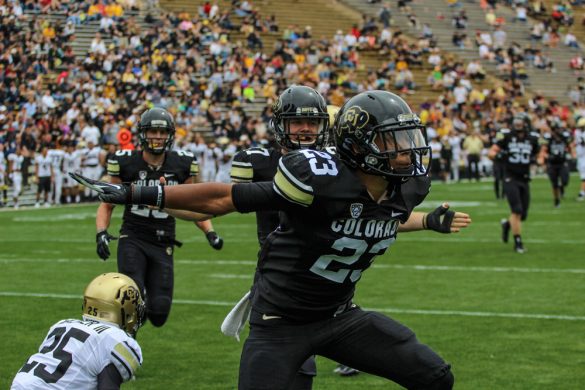 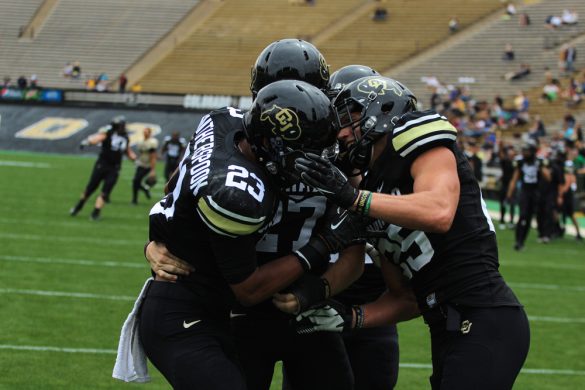 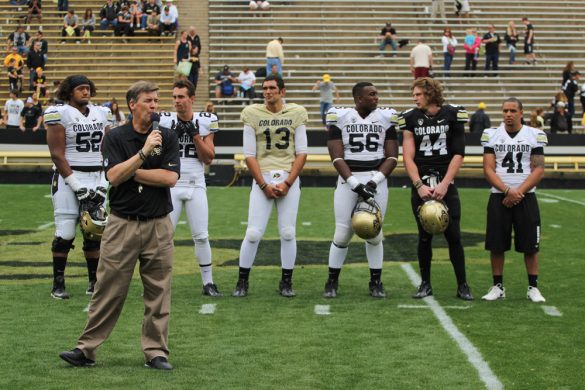 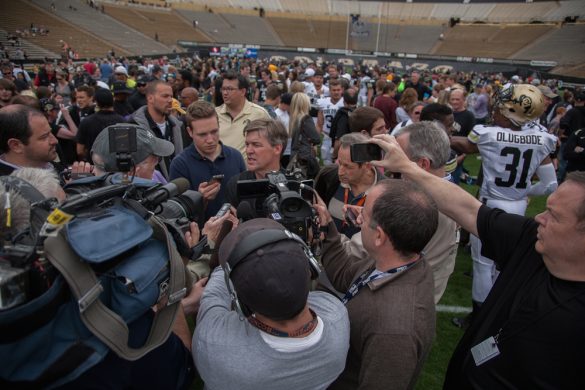