Opinion: Breaking down the football recruiting class of 2014 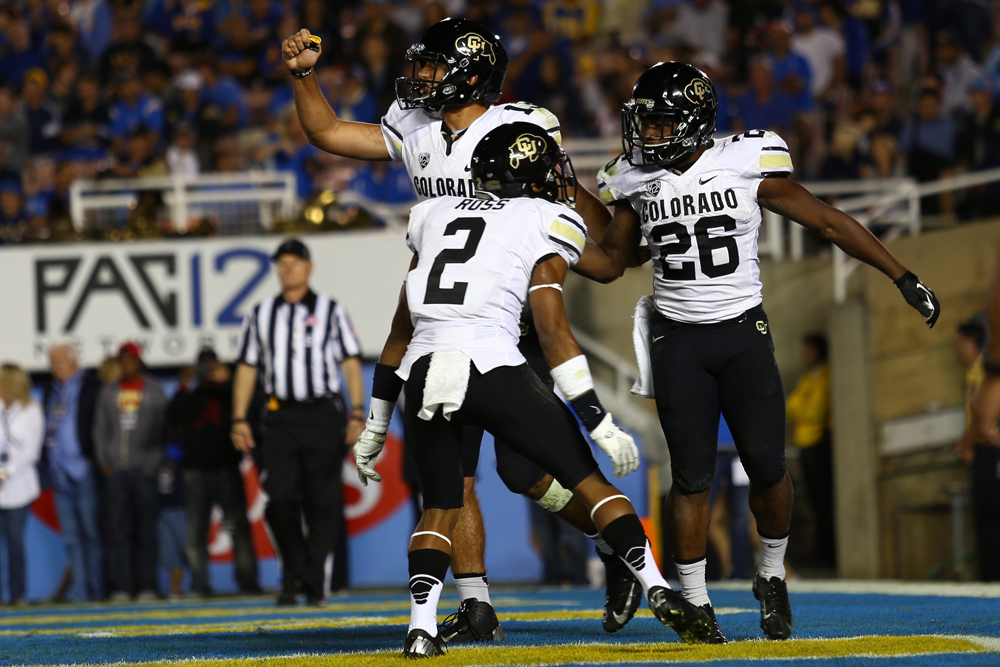 For various reasons, I’ve never been too keen on recruiting. Ranking 18 year old kids based on their performances in high school and attempting to guess how those performances will translate into the college level has been a concept I’ve never fully respected as legitimate.

Rather than analyze the incoming class on the number of stars various sports sites have awarded them, I prefer to evaluate them based on where they’re coming from, how they can contribute in the near future and what the analytics say about the coaching staff and program as a whole.

Let’s start by looking solely at the numbers second-year head coach Mike MacIntyre is bringing in. The 2014 class consists of 22 players. Eleven play defense, eight are offensive and three are utility athletes. Nearly half the class (10 players) comes from California. Four hail from Colorado, three from various JUCO colleges, two from Texas and Utah and one from Hawaii.

While in-state recruiting is important, it is also important to assess the supply and demand of both your program and the country. It’s sort of like the idea of doing your grocery shopping at your local farmer’s market or at the national Walmart chain. While it’s preferable to shop locally, the farmer’s market doesn’t always have everything you need and you resort to the larger chain with the larger selection.

MacIntyre is from California and has already established recruiting roots there. Remember that MacIntyre and his coaching staff coached at San Jose State for three years, so he and his staff have pre-existing connections to local California high school coaches. Realistically, these connections are stronger and more trustworthy than the ones still being developed here in Colorado.

Now let’s look at the actual content of the class. With the departure of star play-maker Paul Richardson to the NFL draft, there appears to be a concerted effort to find his replacement. Lee Walker and Shay Fields are incoming wideouts that show similar speed and builds to Richardson. Walker in particular shows the most potential to fill Richardson’s shoes. He comes from a dominating high school career, having caught 82 passes as a senior at St. John Bosco, which was 16-0 and ranked as the No. 1 team in California (and in the country, by some sources). Being the focal point for a talented high school team should serve Walker well as he begins to work his way into what will hopefully be a similar role at CU.

Another name to watch for on the offensive side will be 6’6”, 230-pound tight end Dylan Keeney. MacIntyre has said that Keeney reminds him of his San Jose State tight end Ryan Otten, who broke every record for the position at the university and now plays for the San Diego Chargers. Keeney has an almost-identical stature to Otten and combines his build with speed, which should allow him to break out as a wide receiver and help stretch the field.

On the defensive side of the ball, All-Colorado 6’3” 195-pound defensive back Evan White shows a lot of promise. White comes from Aurora, Colo., where he was a three-year starter at Cherokee Trail High School. The Denver Post called him arguably the best defensive player in Colorado and Mile High Sports Magazine listed him as the top cornerback in the state. His mix of athleticism and speed will theoretically transfer well into the Pac-12, where the ability to play in space is absolutely critical as a defensive back. Similar to Keeney, White is another rare mix of speed and size and should be entirely capable of helping out.

These are just a couple of the highlighted names that will be joining the Buffs squad. There’s a lot to be excited about with this year’s class, and with 18 players who played another sport at the varsity level in high school, there’s no questioning the athleticism of the group as a whole.

But as I said before, a lot can happen in their transition from high school to college football, where individual performance is secondary to team performance. No one player is a fix-all hero, but through the culmination of promising athletes year after year, a program can grow and be reborn as the powerhouse it once was.