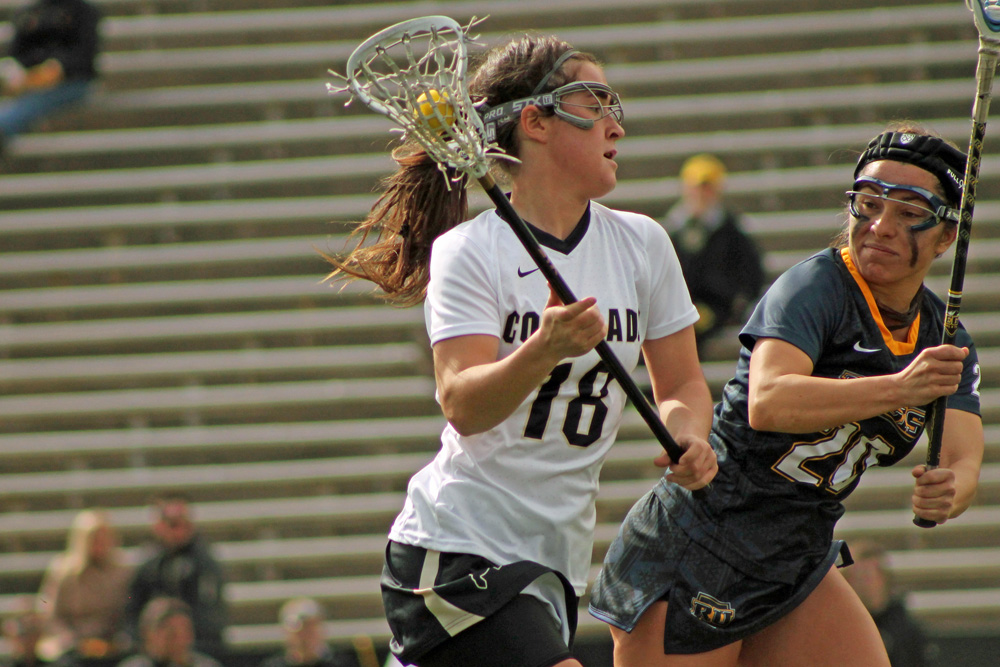 Colorado freshman Amelia Brown runs down the field with the ball during the University of Colorado and Regis University game on Saturday at Folsom Field in Boulder, Colo. (Maddie Shumway/CU Independent)

The Colorado women’s lacrosse team’s first home game in program history was a success. The Buffs defeated the Regis Rangers 13-10 at Folsom Field on Saturday, Feb. 22.

Freshman attacker Cali Castagnola scored the first Colorado goal within 30 seconds, and the Buffs didn’t look back from there. Colorado led by as much as seven in the second half, never relinquishing the lead.

“It was a day that was special for our girls, and hopefully they’ll remember it forever,” head coach Ann Elliot said after the game.

The team was excited and grateful to play in a stadium like Folsom.

“This is the first time girls have ever played on this field, so it was a huge opportunity for us and we appreciate it so much. We’re definitely making history,” freshman midfielder Johnna Fusco said.

This was Regis’ season opener. The Rangers made it interesting at the end, as the Buffs failed to score in the final 13 minutes of play. Regis scored four in that time.

The crowd of 812 was loud throughout the game, singing the fight song, leading chants and holding up signs supporting the players. Promotions at Folsom Field included giving a free, commemorative lacrosse ball to the first 500 fans in attendance and getting to see Ralphie run before the game.

The Buffs outshot the Rangers 28-21 and had 15 draw controls compared to Regis’ 10. Freshman goalkeeper Paige Soenksen had six saves and allowed eight goals in her 51:34 of play.

While Elliot is happy with the win, she is more focused on her team getting better going forward.

“We don’t focus so much on winning or losing, we’re focused on getting better every day,” Elliot said.

The Buffaloes take on Temple at the Kittredge Fields on March 4th. 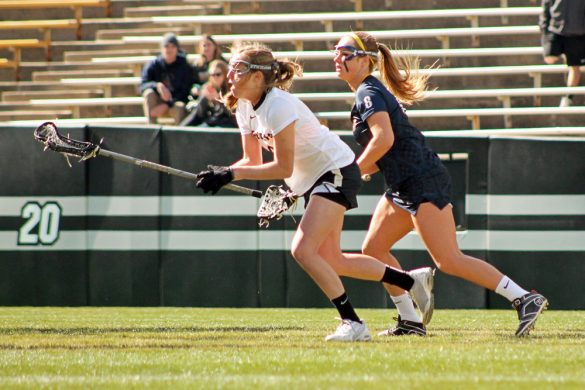 Colorado freshman Marie Moore rushes towards the goal during the University of Colorado and Regis University game on Feb. 22, 2014 at Folson Field in Boulder, Colo. This was Colorado's first ever home game. (Maddie Shumway/CU Independent) 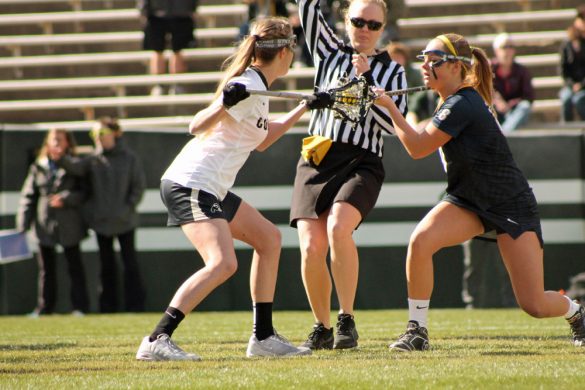 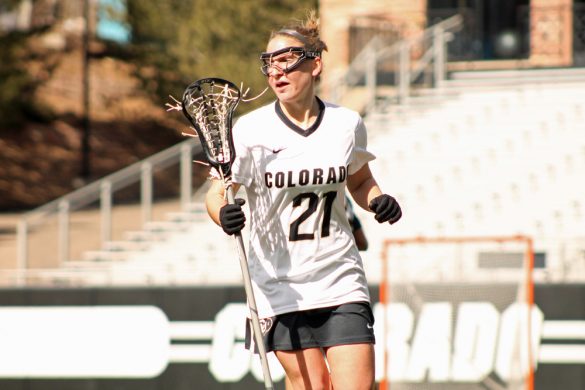 Colorado sophomore Sarah Lautman heads down the field during the University of Colorado and Regis University game on Saturday, Feb. 22, 2014 at Folson Field in Boulder, Colo. (Maddie Shumway/CU Independent) 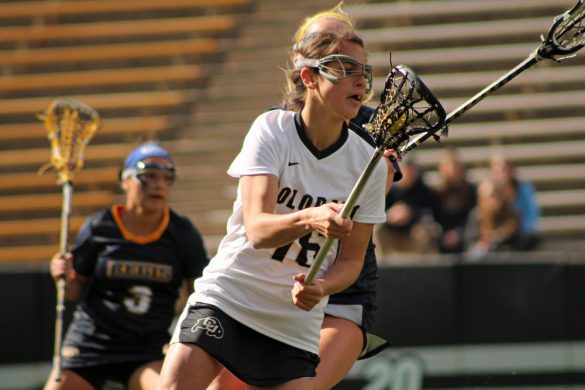 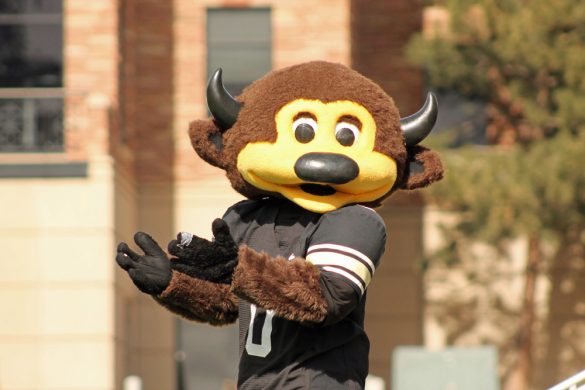 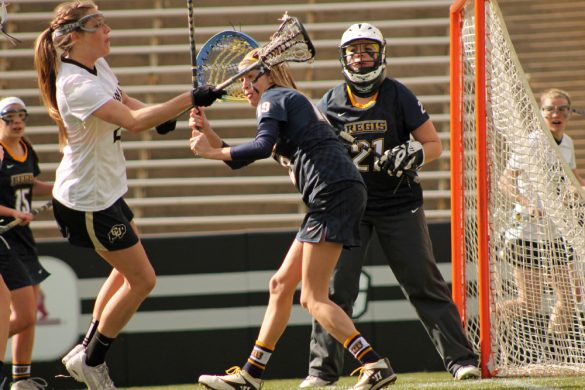 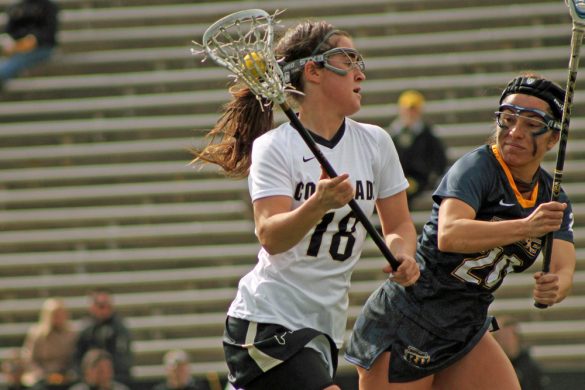 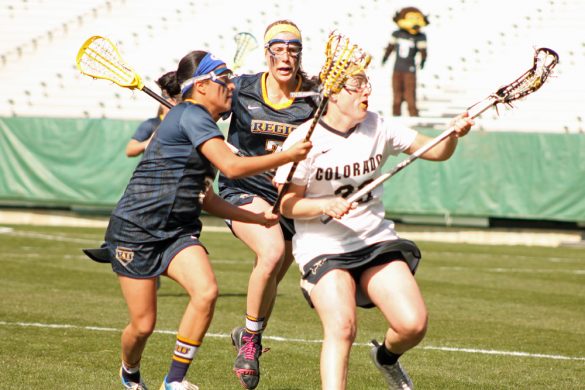 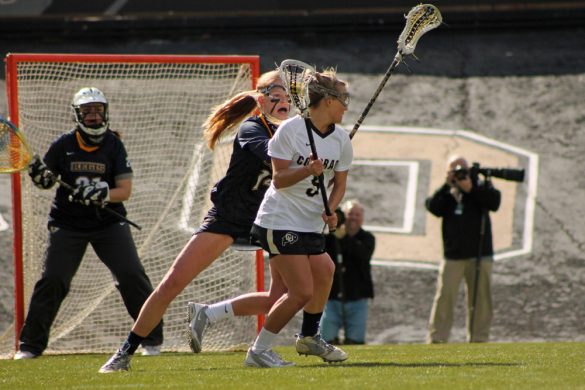