An evening with Simu Liu at CU Boulder 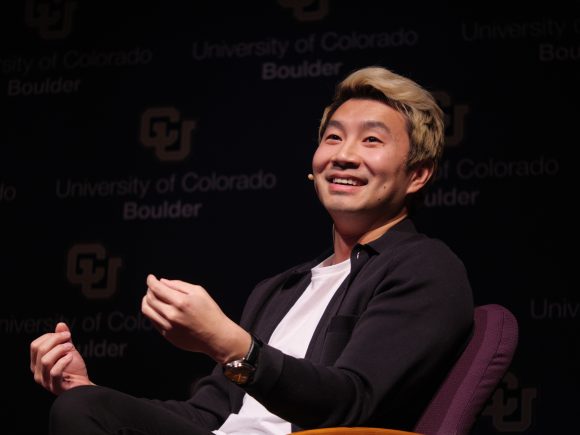 “I am a Chinese American student here, and seeing you in a Marvel movie made me so proud to be who I am for the first time in my life,” read a quote written by an anonymous University of Colorado Boulder student.

They were writing this to Simu Liu, Marvel’s first Asian superhero, known for his leading role in “Shang-Chi and the Legend of the Ten Rings.”

On Wednesday, Feb. 23, the Cultural Events Board and the Distinguished Speakers Board hosted a live Q&A with Liu at Macky Auditorium. During the event, Liu talked about his experiences of growing up Chinese Canadian with immigrant parents, how he went from accounting to Hollywood stardom and the importance of Asian representation on TV. Yet, despite the serious topics, he kept the audience laughing and cheering throughout — thanks to his charm, humility and self-deprecating humor.

“It feels tremendous to be able to be a part of a project, superheroes and CGI aside, that reflects the lived experiences of Asian Americans,” Liu said. “Growing up as such a fan of superheroes and comic books, (I wondered) when we were going to get ours. It feels kind of cool to finally have ours.” 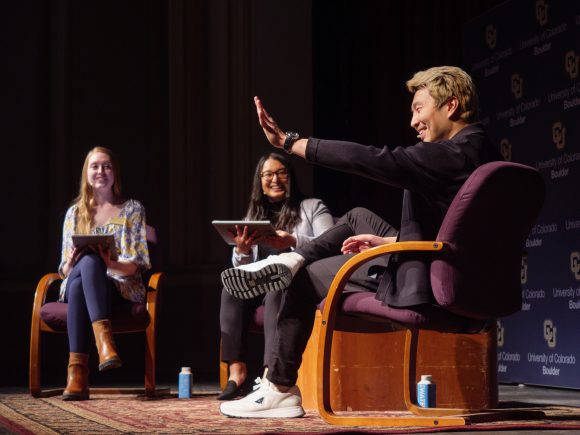 Liu began the Q&A with the story of his abrupt career pivot into acting after being laid off from his first accounting job, a career he had pursued to live up to his parent’s expectations.

“(My acting career) all came out of this rock bottom, losing-it-all moment. (It took) an absolute catastrophe to get me to realize that I could define success for myself,” Liu admitted.

“Don’t wait to get fired from your job to figure out what it is you are truly meant to do,” he added.

From that day, he worked started small with Craiglist acting job listings and slowly worked his way up — while working odd jobs like selling Purina dog food samples to make ends meet. He was cast as an extra in “Pacific Rim” in 2013, though his scene never made the final cut. Two years later, he was cast in his first lead role as Jung Kim in CBC’s award-winning sitcom “Kim’s Convenience.”

Then, in 2019, Disney asked him to be the lead in “Shang-Chi and the Legend of the Ten Rings,” based on a comic series by writer Steve Englehart and artist Jim Starlin. With an all Asian lead cast and Asian American director Destin Daniel Cretton, “Shang-Chi” was a groundbreaking step forward for inclusive and diverse Asian representation in Hollywood, which had been almost nonexistent in the past century.

“So many of us Asian Americans who grew up in this country, grew up feeling invisible or misrepresented,” Liu said. “When we turn on the TV and see characters that look like us but weren’t written by us, they felt stereotypical, not real, two-dimensional, one-dimensional or even worse were played by a white guy.” 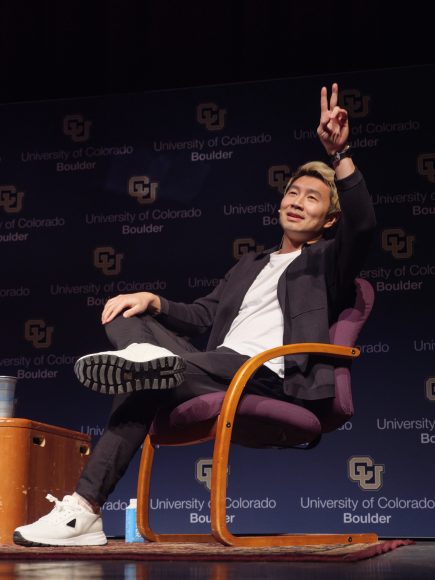 As Shang-Chi, Liu is excited to be Marvel’s first Asian superhero. He hopes that it will inspire Asian children growing up in Canada and America to be proud of their heritage and identity and to believe in themselves.

Like his superhero alter-ego, Liu is showing no signs of slowing down. On May 3, his memoir “We Were Dreamers: An Immigrant Superhero Origin Story” will be published. He is set to appear in Greta Garwig’s “Barbie” film for Warner Bros and the thriller film “Hello Stranger.”

Through it all, no matter where his path may lead, Liu is determined to continue advocating for and representing the Asian community — and to sharing his love for acting with the world.

“You have to believe in the magic of movies,” Liu said. “You have to be optimistic that you can make something that will connect with an audience. (You have to) find the truth in a story or in a character, a hook that will resonate with people. That’s the best feeling.”