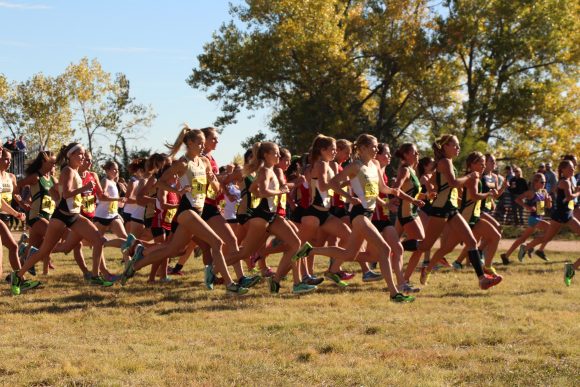 It was not the exact day the University of Colorado Buffaloes were hoping for in the NCAA Cross Country Championships in Tallahassee, Florida, on Saturday, Nov. 20, 2021. Even with a fourth-place podium finish for the Colorado women and an eighth-place finish for the men, their standards were higher after being ranked the No. 3 and No. 5 respectively after sweeping the Pac-12 Championships about three weeks ago.

The CU women faced stiff competition for the title from the eventual national champion in North Carolina State, runner-up New Mexico, and third-place Brigham Young University. Even though the Buffs did not challenge directly for the title, it was a solid performance from many angles.

“The women finished about where I expected them to finish,” said head coach Mark Wetmore. “I knew that NC State and New Mexico have been very good. BYU has been good all season. I thought we were a solid fourth. Our women ran well. Of course, every year, there’s always someone who runs a little bit of an off race and other people who rise up. After it all added up, we were about where I thought we’d be, and I’m happy for them.”

Once again, the Buffaloes were led by senior Abby Nichols in quite possibly her final collegiate race. She recorded her second All-American honor in as many years.

“Abby’s wonderful,” said Wetmore. “We love her. Everybody loves her. She works very hard and ran a smart race this year. She waited patiently, closed well, and got a really good finish.”

Nichols was in 42nd place at the 2k mark of the 6k race. As she did in the Pac-12 Championships, she was patient and waited for her time to make a move. Only a kilometer later, she found herself all the way up to 5th; granted, there was minimal separation between the top of the women’s race.

With only a kilometer left to go, Nichols sat in 14th place, only behind the leaders by a couple of seconds. Over the final kilometer, she moved up six positions to give her a top-10 finish in eighth place with a time of 19:37.6.

The Buffaloes had another All-American performance Saturday morning in sophomore Emily Covert. She finished 31st overall with a time of 19:51.8. Covert, like Nichols, had an exceptional race where she stayed with the leaders for the majority of the race and had a strong finish.

On the men’s side of the Championships, the field was stacked with reigning champions Northern Arizona University along with Iowa State, BYU, and Pac-12 rival Stanford. Senior Eduardo Herrera had his best race at an NCAA Championship which included All-American honors and a 24th place finish with a time of 29:22.0. Wetmore was pleased with Herrera’s last race as a college athlete.

“Last year’s NCAA cross country meet was a big letdown,” said Wetmore. “It really took the wind out of his sails. It took him a year to battle back, but a nice finish from him today, and I’m really pleased.”

The second finisher for Colorado was senior Andrew Kent, who finished in 45th place with a time of 29:34.9.

Northern Arizona University defended their 2020 team title, again showing their dominance in the sport. Wetmore knew the CU men did not have their best day but conceded that the competition was very strong, possibly contributing to their slightly underwhelming performance.

“I’ve known that there were at least two other very good teams and then a big pack of teams that would exchange third through ninth,” said Wetmore. “Unfortunately, we were at the back of that pack. I thought we would be fifth, and we were only 13 points away from fifth. It’s just a matter of two points per guy. They weren’t terrible, it’s just a bad year to be C+ because there are too many good teams out there.”

The Buffaloes will now have a brief offseason before most cross country runners begin to prepare for the outdoor track season in the spring.