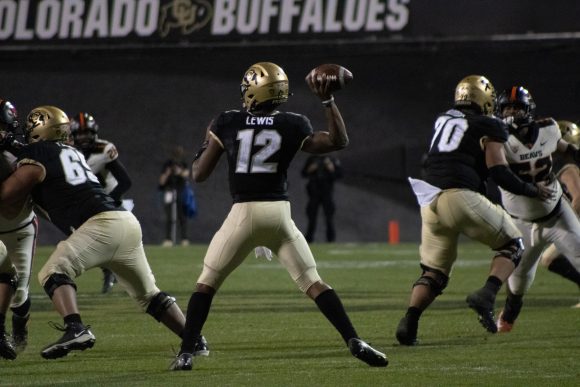 Coming off a thrilling victory, Colorado Buffaloes will travel to Los Angeles as they prepare to face the UCLA Bruins on Saturday, Nov. 13, with kickoff slated for 7 p.m. MT.

The Buffs will look to continue their momentum after coming off a thrilling homecoming win where they won in double overtime against the Oregon State Beavers in Boulder last week.

With a record of 3-6 (2-4 Pac-12), the Buffs will need to win this game to prevent the Bruins from becoming bowl eligible. The Bruins need only one more win to achieve this feat. UCLA 5-4 (3-3 Pac-12) got off to a strong start early in the season, but their two most recent games against Oregon and Utah have resulted in losses and have stood in the way of attaining bowl game eligibility.

Buffaloes look to continue to improve

On the other side, CU’s past two games have resulted in six touchdown passes from freshman quarterback Brendon Lewis which is more than he had in the first seven games combined.

“He’s not seeing everything in the way that we would want him to, but he has grown so much from the beginning of the season,” said head coach Karl Dorrell.

On the other hand, sophomore running back Jarek Broussard has not scored a touchdown in the past seven games. However, Broussard had his first 100-yard game of the season last week against Oregon State with 151 yards on 24 carries.

This trip to the Rose Bowl will not be Dorrell’s first, as he was a Bruin when he played football at UCLA and when he was their head coach from 2003-07. It will be the first time Dorrell returns to face UCLA since he was let go as the head coach in 2007.

Last year, the Buffs beat the Bruins in their season opener, but this year things are different. 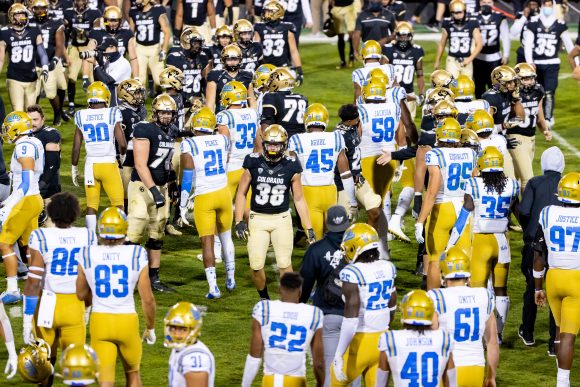 The CU Buffs and UCLA football teams congratulate one another on a great game after UCLA loses to CU. Nov. 7, 2020 (Casey Paul CU Independent)

UCLA has the best run defense in the Pac-12, and CU has the third-worst offense in the nation. This year’s matchup can potentially be the opportunity for the Buffs to try out their more confident passing offense against a team whose pass defense is not as refined.

Both teams are different from a year ago, but coming off a confidence-building win and behind a motivated head coach, the Buffs have an opportunity to build their momentum.

Only time will tell when the Bruins and Buffaloes face-off with bowl eligibility on the line for UCLA at the Rose Bowl.