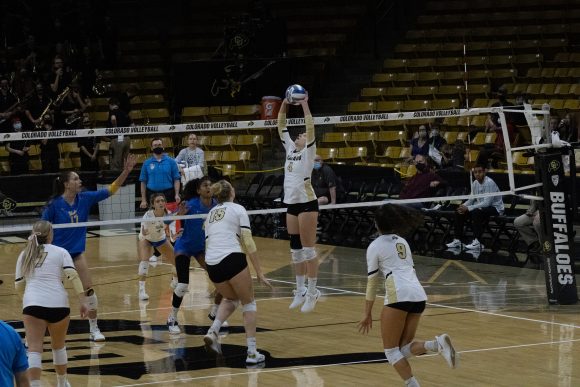 Amidst a busy weekend in Boulder, the Colorado Women’s Volleyball team split two games against USC on Friday night and No. 13 UCLA on Sunday afternoon.

Colorado had a fantastic match against USC, beating them for just the second time in school history. As a team, the Buffs continued to produce high dig numbers with 57 on Friday night. In addition, Colorado rallied for nine aces, a tie for the season-high.

Sunday afternoon was a different story. The Buffs had difficulties holding back a strong UCLA team, with just 42 points, 37 kills and 32 assists over the three-set sweep. Colorado also tied the season-low in digs with just 31 (CU also had just 31 digs at UCLA on Oct. 8).

Sophomore outside hitter Maya Tabron continued her recent successes over the weekend. With 18 kills over USC and another 10 on Sunday, Tabron has been a beast for the Buffs. With the loss of redshirt senior outside hitter Leah Clayton to suspension, Tabron has stepped up to fill the hole that Clayton’s absence left. 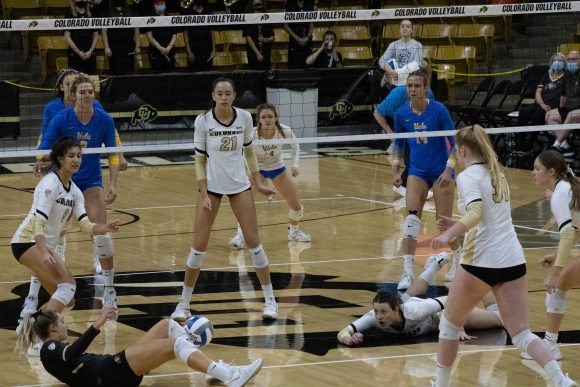 The Buffalos fall short of a volley recovery on Nov. 7, 2021 against the UCLA Bruins. (Brett Robinson/CU Independent)

Redshirt senior libero Brynna DeLuzio has continuously proved her reliability in the back row. Her ability to start and carry on rallies has allowed the Buffaloes to have many great matches. DeLuzio passed the 1,000 dig mark in her career at Arizona State on October 24.

While the match against USC was highly competitive and successful, the sweep against UCLA showed an opposite view of this Colorado team. Some points throughout the match looked powerful, while others looked lackluster and disappointing.

“I felt like at times we played very well and each of the sets were competitive.” said head coach Jesse Mahoney. “We just couldn’t maintain throughout a full set.”

Heading into one of the final road trips of the season, the Buffs are preparing to take on both Arizona and Arizona State in the desert. Strong performances are key to determining what the rest of the season may hold.

“I think as coach said, we did a good job on Friday executing our game plan,” said DeLuzio. “I just think making that a focus in practice and really sticking to that and knowing what’s coming at us will be a big thing for us on the road.” 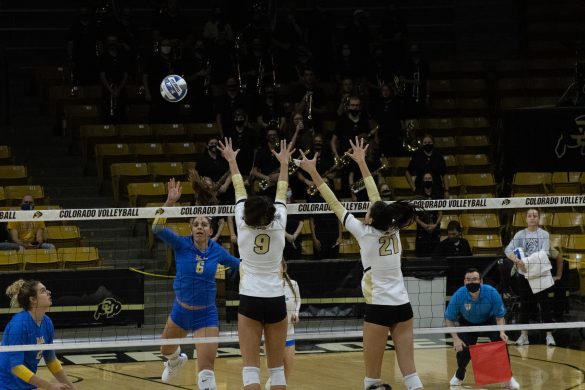 Sophomore Maya Tabron and R-Sr. Meegan Hart go up in sync to block the spike on Nov. 7, 2021 against the UCLA Bruins. (Brett Robinson/CU Independent) 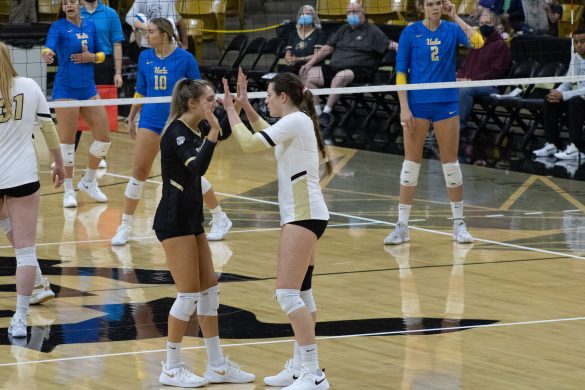 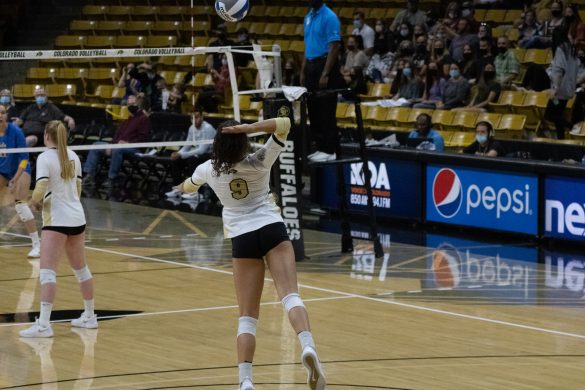 Sophomore Maya Tabron serves to get the Buffs back into a tie game on Nov. 7, 2021. (Brett Robinson/CU Independent) 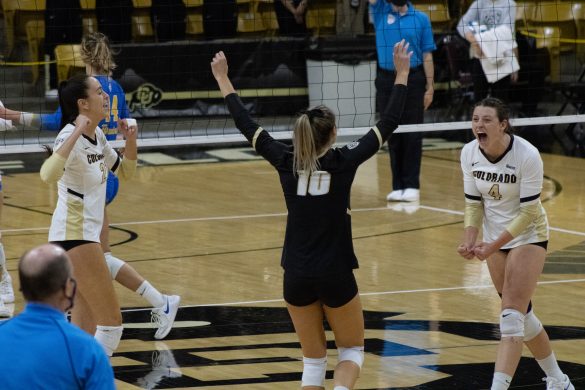 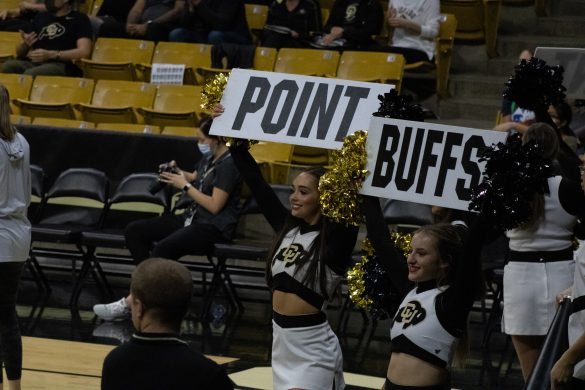 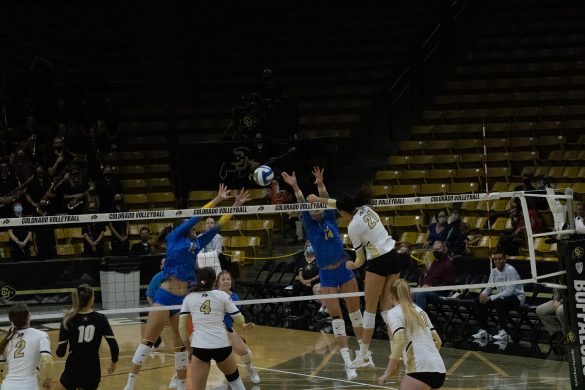 Redshirt senior Meegan Hart spikes the ball to keep the Buffaloes alive in the third set against the UCLA Bruins on Nov. 7, 2021. (Brett Robinson/CU Independent) 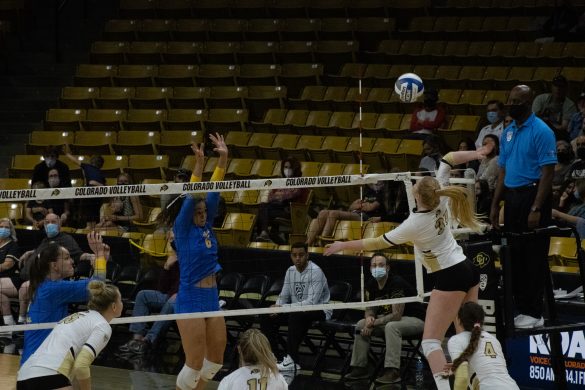 Junior outside hitter Jill Schneggenburger looks for the kill against UCLA on Nov. 7, 2021. (Brett Robinson/CU Independent)