Buffs look to build their momentum against the Cal Golden Bears 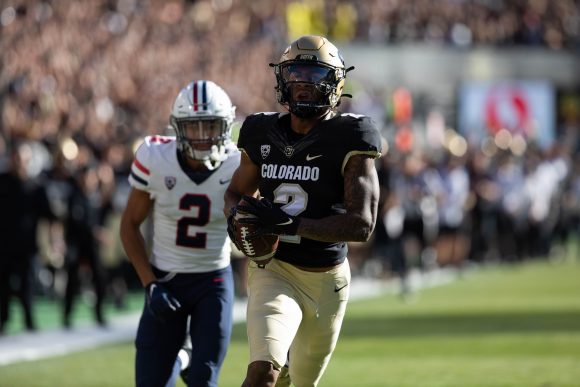 After shutting out the Arizona Wildcats 34-0 last weekend, the Colorado Buffaloes look to be turning their season around at the perfect time.

With a record of 2-4 (1-2 Pac-12), the Buffs are looking to build on their dominant performance from last week and go into a matchup against the struggling California Golden Bears (1-5, 0-3 Pac-12) with even more confidence. Cal, led by fifth-year head coach Justin Wilcox, is currently on a three-game losing streak and coming off a heartbreaking loss to No. 10 Oregon.

Head coach Karl Dorrell believes the team can build off the momentum produced by the Arizona win, where all three phases played well.

“We want to continue that momentum that the (Arizona) game built,” said Dorrell. “I felt we were making progress a few weeks ago, but it wasn’t quite showing on the field. That is what gets frustrating after a while when you’re doing it well in practice, and it’s not translating to the field on game day. We’re starting to see the benefits of the stuff that we’re doing to improve our football.”

It seems as though the lid holding down this Colorado team has finally been lifted, and all the work in practice has turned into a meaningful product during games. With that proverbial lid lifted, the Buffs can build off their growth from the previous week and continue improving as a unit.

A key to the Arizona game win was the breakout performance by sophomore wide receiver Brenden Rice. Rice hauled in multiple passes that went for explosive gains and changed the course of the game. Rice will be another key for the Buffs as they look to exploit Cal’s lackluster defense.

“I think he’s getting more confident, and he is getting opportunities to make some plays,” said Dorrell on Monday. “We’ve made some adjustments in our offense that utilizes and fits his skill set. He’s very confident, and playing the game he had with three catches and over 100 yards, and a touchdown only helps his confidence.”

Colorado’s passing attack sits at a league worse of 750 yards through six games, 400 yards fewer than the next lowest team. That number would have been a lot worse if freshman quarterback Brendon Lewis did not also have a breakout game last week. Lewis was an efficient 12-19 for 248 yards, and two touchdown passes. Cal’s defense gives up the third-most passing yards per game in the Pac-12, so Lewis and the offense should be able to build off their strong showing.

“He was playing well, and I wanted him to keep feeling it,” said Dorrell about not taking Lewis out of the game late. “He’s your starter. He’s playing a great game. I felt Brendon earned this chance to play and play longer just because he’s worked so hard, and you’re building his confidence, getting him in rhythm.”

Lewis undoubtedly found his rhythm last week against Arizona. Continuing that rhythm will be crucial against the Golden Bears as more of CU’s opponents continue to stack the box against the run that was so lethal for the Buffaloes a year ago.

Cal’s biggest strength comes in the form of senior quarterback Chase Garbers. Garbers is currently having his best season as a Bear, accumulating over 1700 yards of total offense in six games. Being a multi-year starter, Garbers’ veteran presence behind center poses a threat to the Buffaloes defense.

“The biggest thing whenever you have a guy that’s been a multi-year starter is they’ve seen most of the tricks that defenses present, said Dorrell. “They can find some weak links, and he’s (Garbers) going to find ways to get his skill players the football and make good decisions against blitzes. They are a balanced team and do a good job of spreading the ball on the perimeter and attacking you in the run game. We need to minimize those positive decisions and hopefully make more plays than he makes.”

The ability of the Colorado defense to hold Garbers and Cal’s offense to pedestrian numbers will be vital in executing their game plan. CU’s defense and the Golden Bears’ offense will matchup in Berkeley this Saturday, Oct. 23, with kickoff scheduled for 1:30 p.m. MT on the Pac-12 Network.