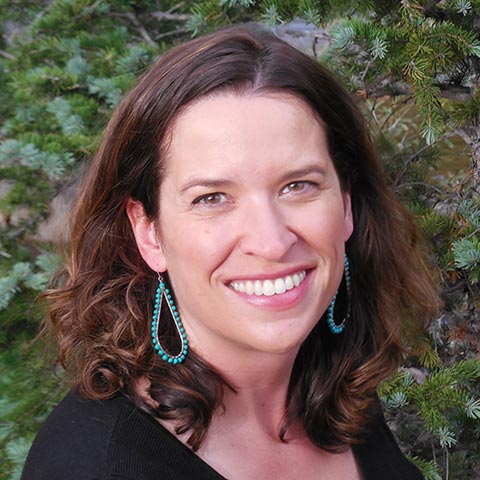 An older, white hippie couple decided to take their adopted Black son to a Wu-Tang Clan concert for family bonding time. Inevitably, disaster ensues —  including embarrassing moments amidst the hardcore fans and a fainting episode in the aggressive mosh pit.

“Mixed Company” is full of light-hearted humor and colorful characters, yet it also provides insight into the realities of navigating life in diverse communities and finding human connections across cultural, social and racial differences.

“Almost all of my stories are about people of different backgrounds, who are kind of forced to contend with each other,” Shank said. “I’m more interested in those kind of connections than looking at like a homogenous group of people.”

“These stories show the awkward stumbling towards togetherness and love, trying to relate to each other without offending each other or cramping somebody’s style,” Shank continued.

Mixed company, an old-fashioned term, refers to a group with women or children in which it would be inappropriate for men to discuss certain topics. Shank finds the term to be intriguing and rather catchy, albeit sexist in its original context. In her work, she uses it humorously to mean a group of diverse people from different racial and socioeconomic backgrounds all mixed together, working their way through a series of misunderstandings and mishaps.

“Although these stories are fictional, I take the absurdity from my life and make it fresh with invented characters and things like that,” Shank said. “My style is also earnest. My stories work best when I care about the characters in them, and I think writing with heart is important.”

Shank began writing short stories while pursuing her master’s degree in creative writing at CU Boulder. Unlike other creative writing programs, which she described as cutthroat and too competitive, the environment at CU enabled her to flourish creatively and find her own distinctive voice and style.

“CU was a nice place to feel supported as a writer and to grow,” Shank said. “When you’re trying to learn, you want a place that’s welcoming like CU was.” 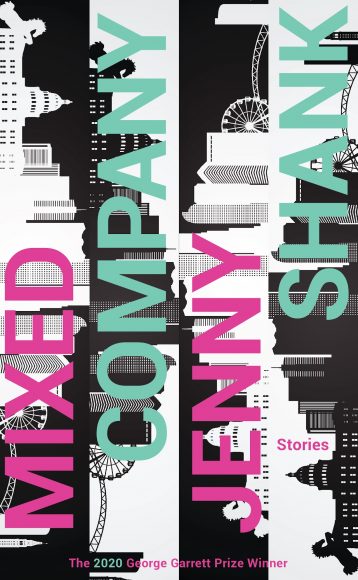 Her advisor and mentor Lucia Berlin, who rose to literary fame posthumously in 2015, had a profound influence on her work. Berlin introduced her to contemporary writers like Haruki Murakami, Dagoberto Glib, Lydia Davis and many others. At the time, though Shank enjoyed reading and writing longer works, she found her passion in short stories.

“Short stories are very good for looking at a more compressed incident or situation that you want to explore all the angles of,” Shank said. “It lets you capture something in a quick burst, maybe a moment that changes people’s lives, with great intensity. You can also take artistic risks in a short story that would be harder to pull off if you’re writing a whole book. You can play around and try things.”

In “Mixed Company,” Shank experiments with different techniques, which illustrate her evolution as a writer since her time at CU. Throughout, her style remains stripped down, simple and direct without artifice, yet still able to evoke vivid impressions of each scene and the quirky characters in it.

The stories range from “Last Summer’s Song” (1999), an evocative, bittersweet and poetic work written in second-person; to “Casa del Rey” (2012) in which a pregnant woman living in a dilapidated condo complex fights over her parking space with a new, pushy neighbor; to “The Sit-in” (2021), a political short story that depicts a woman protesting against former Colorado Senator Corey Gardner’s healthcare policies.

Shank often draws from memories of her school years as well, growing up in the era of desegregation in the Denver Public School system. Along with many of her fellow white classmates, she was bused across town to attend primarily Black and Latinx school districts, which enabled her to interact with people from very different backgrounds than her own.

These experiences are indirectly reflected in several school-era stories, which feature an intimidating junior high art teacher named Ms. Omber, competitive games during gym class and other nostalgic memories. In “La Sexycana,” one of the juiciest in the collection, the narrator is shocked to discover her former mentee from school, a charming Latina girl, has become a sex worker, who has created the alluring and seductive persona of “La Sexycana.”

In other stories, Shank incorporates experiences from her various internships and side jobs. While working as an art critic, she interviewed Ray Kwan of the Wu-Tang Clan and reviewed the group’s concert in Denver, where she was jostled by an overzealous fan in the mosh pit, an experience that appears in “Local Honey.”

She also worked an intern for the Rockies’ front office, an intern with the concert promoter Barry Fey, a mentor for the Challenge Foundation and a tutor for CU Boulder football players, which directly influences “Signing for Linemen,” an ironic story about tutoring football players in sign language.

Given that her work often features BIPOC characters, Shank is very conscious of her own identity as a white woman and how her privilege impacts her worldview.  To avoid misrepresentations, she chooses to narrate only from the perspective of a white narrator. She also aims to avoid stereotypes or cliches in her depictions of marginalized and underrepresented characters.

Instead of using them as props for the white characters to learn, as many white writers have done in the past, she tries to flesh out their backgrounds and motivations as much as possible, portraying them as self-reliant and independent with their own lives and concerns. Though finding an appropriate balance can be challenging, Shank believes she has to try her best to do justice in representing the diverse communities she grew up in.

“I’m very careful,” Shank said. “And you know, it’s not for me to say whether I’ve gotten it right. I can tell you that I’ve tried my very best, and I hope that I have evaded cliche in my trials. I’m just trying a little bit of bravery. I’m putting myself out there. Maybe blundering, but trying.”

Shank will speak about and sign copies of “Mixed Company” at the Boulder Bookstore at 6:30 p.m. on Thursday, Oct. 21.

Find out more about the Boulder Bookstore signing on Oct. 21 here and Shank’s work here.