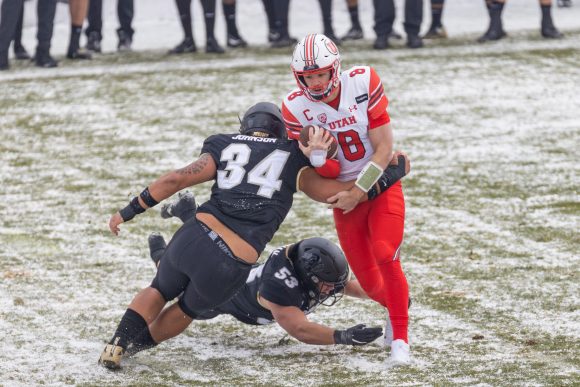 The University of Colorado Buffaloes will face off against the University of Southern California Trojans for the first Pac-12 home game of the season at Folsom Field on Saturday, Oct. 2. The game will kick off at noon MDT on the Pac-12 Network. This contest will mark the first time these two Pac-12 teams have met since 2019 when Colorado fell 35-31 to the Trojans. Buffaloes’ head coach Karl Dorrell analyzed the positives and negatives concerning last week’s loss against the Arizona State Sun Devils.

“We just have to continue to keep the progress of moving forward on the offensive side of the ball,” Dorrell said. “It was good to see the running game came alive a little bit, which is something that we need to happen, and we need to work on the other facets of our offense to give us a chance to be more productive in that area.”

The Trojans have a 14-0 record against the Buffs, making this a personal game for the young Colorado team. This USC meeting is also personal for graduate transfer Jack Lamb, who transferred to Colorado from Notre Dame, one of USC’s most competitive rivals. Holding a record of 2-0 against the Trojans, Lamb has a chance to not only be 3-0, but Lamb could potentially make history by helping Colorado to their first victory over USC. Lamb discussed his experience and rivalry with the Trojans.

“Oh, absolutely,” Lamb said. “We were not fans of USC. My sister wound up going to UCLA for her undergrad, and she’s older than me, so I was always born to hate USC that way too. We had both sides of the house with all anger towards USC.”

Colorado announced on Monday that senior defensive lineman Mustafa Johnson has cleared protocols to rejoin the team and has been cleared to play against USC. With the addition of Lamb and the re-addition of Johnson, freshman defensive lineman Lloyd Murray Jr. and freshman defensive end Blayne Toll both entered the transfer portal this week and will be leaving Colorado. Dorrell explained how his returning defensive end has looked in practice and what role he’ll have in the defense this season.

“He gives us a veteran presence at the defensive front,” Dorrell said. “He’s excited to play, he’s got another opportunity to play, and he’ll make the most of it. He’ll be a good veteran piece for us defensively that will help us solidify what we need to do.”

After recording 107 tackles and 13 sacks in just two seasons at CU, Johnson declared for the NFL Draft after the 2020 season. Unfortunately, Johnson was not selected but received an invite to work out with the New York Jets. Johnson noted that he was able to compete for a roster spot with the Jets, but the Jets were unable to work out a place for the Colorado interior lineman. Johnson noted how he wants to return to this Buff’s roster and help in any way he can with this added opportunity.

“I hope I can be an impact player again,” Johnson said. “I want to do something that will help this team win or whatever facet of the game, whether it just be my energy of lifting the team and being a leader again, or whether it’s my play on the field. This was a second chance opportunity that many people do not get, so I have to make the best of it, and it’s most definitely a second chance opportunity to create better film, perfect techniques, change things that I didn’t do good this time around last year.”