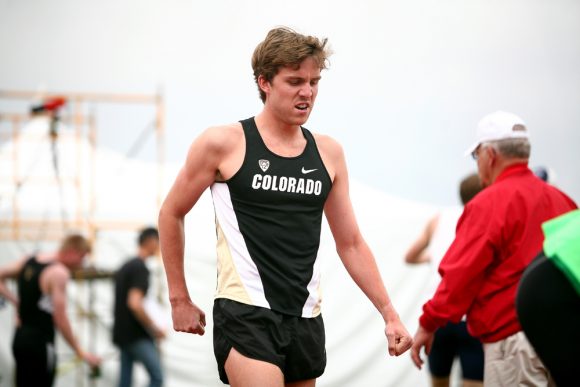 Morgan Pearson of Colorado walks off the track after losing his heat in the men’s 800 meter race during the Colorado Invitational Track and Field Meet Saturday, April 12, 2014, at Potts Field in Boulder, Colo. (Kai Casey/CU Independent)

Six athletes from the University of Colorado are in Tokyo and will represent Team USA in the COVID-19-delayed 2020 Olympic games.

The Buffs are represented by Joe Klecker, Emma Coburn, Val Constien, Morgan Pearson, Erin Huck and Jake Riley. Four of the six athletes are alumni of Colorado’s track and field program. Coburn, the only returning Olympian, is set to compete in her third Olympic games. The other five will be participating in their first.

Klecker will run in the men’s 10,000 meters, while Coburn and Constien will run in the 3,000m steeplechase. The steeplechase has had one of the biggest representations of CU athletes in the Olympics, particularly with the likes of Coburn participating over several years.

Pearson was the first former Buff to compete on Sunday afternoon. In the men’s triathlon, Pearson finished in 42nd place after a few mishaps, including a 15-second time penalty. 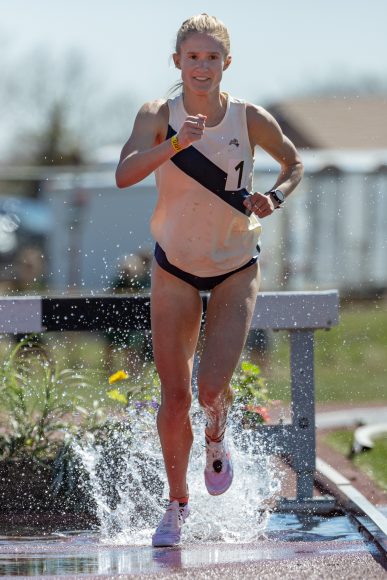 Of the six Colorado alumni, Huck is the only one not to be competing in a running event. A graduate of Estes Park High School, Huck was the 2016 women’s mountain biking national champion but placed 32nd in the Olympic event on July 27.

Olympic track and field competition begins on Friday when Klecker gets the start in the 10,000m at 5:30 a.m. MST. The women’s steeplechase is the final track event that includes CU alums and will start with preliminaries at 6:40 p.m. MST on Saturday.

Coburn is once again a favorite to not only win another medal, but to improve on her 2016 bronze medal with a gold in this edition of the Olympics. The final for the steeplechase is set for August 4 at 5 a.m. MST.

Riley will finish off the Colorado representation in Tokyo when he runs in the men’s marathon on August 8 at 4 p.m. MST.

The CU Olympians should provide Team USA with a good chance of medaling, especially with the likes of Coburn leading the way.

Colorado fans can watch these former Buffs on television on NBC and its partner channels.