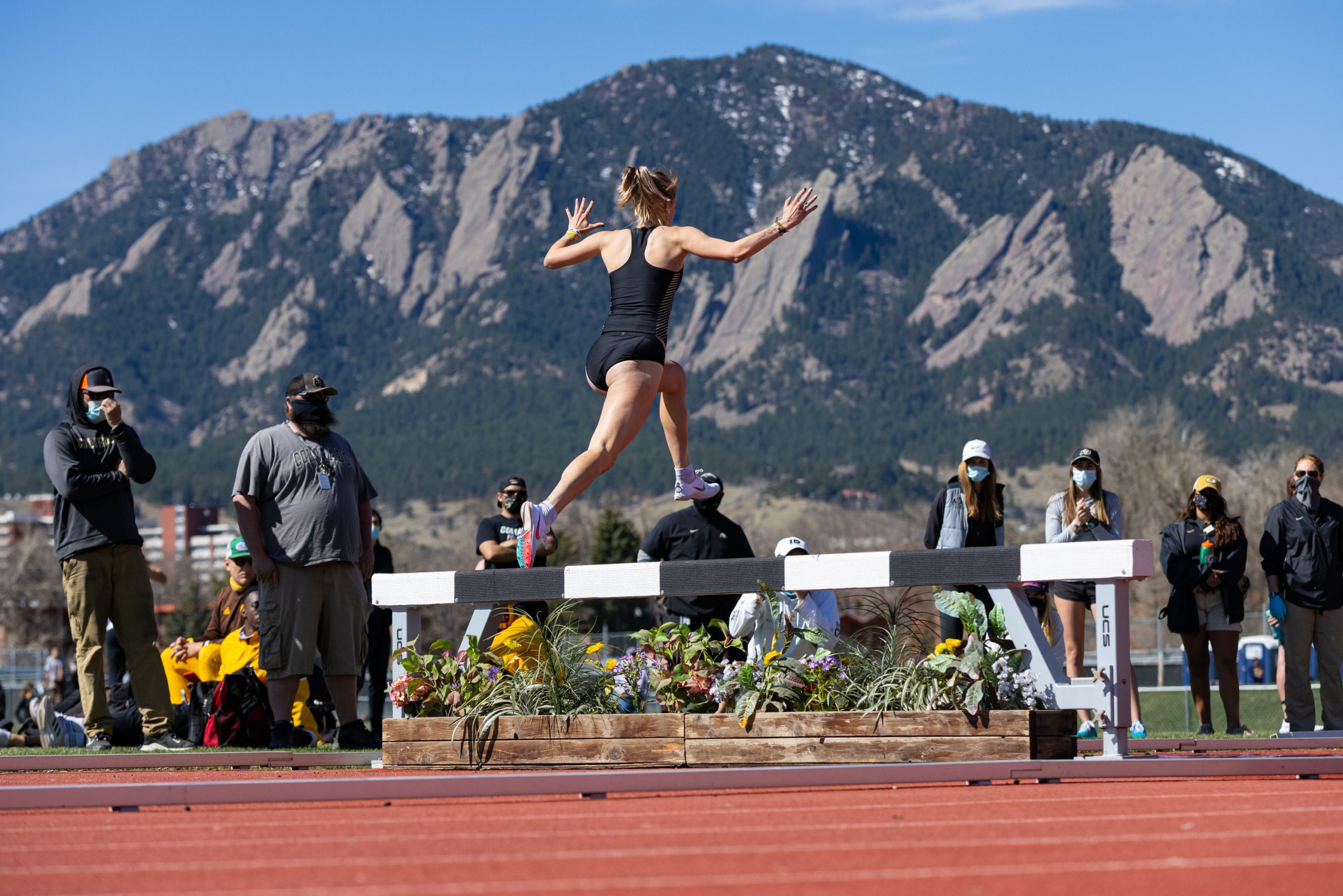 The University of Colorado men’s and women’s track and field teams wrapped up the two-day CU Invitational meet at Potts Field on Saturday with multiple entries to the program’s record book. Colorado’s senior class was honored prior to Saturday’s events which resulted in more memorable accomplishments.

Two seniors, Ronald Sayles and Sage Hurta, capped off their CU home meet careers with top-10 program records. Hurta’s race was awe-inspiring as it was the sixth-fastest 400m mark in CU history at 54.84. Saturday’s race came on the back of the GCU Antelope Invitational where she set the tenth fastest mark in NCAA history for the 800m at 2:00.62. Her time expects to be an Olympic trial qualifying mark and which helped name her the Pac-12 Athlete of the Week. It has been quite the week for Hurta, who continues to etch her name in various record books. 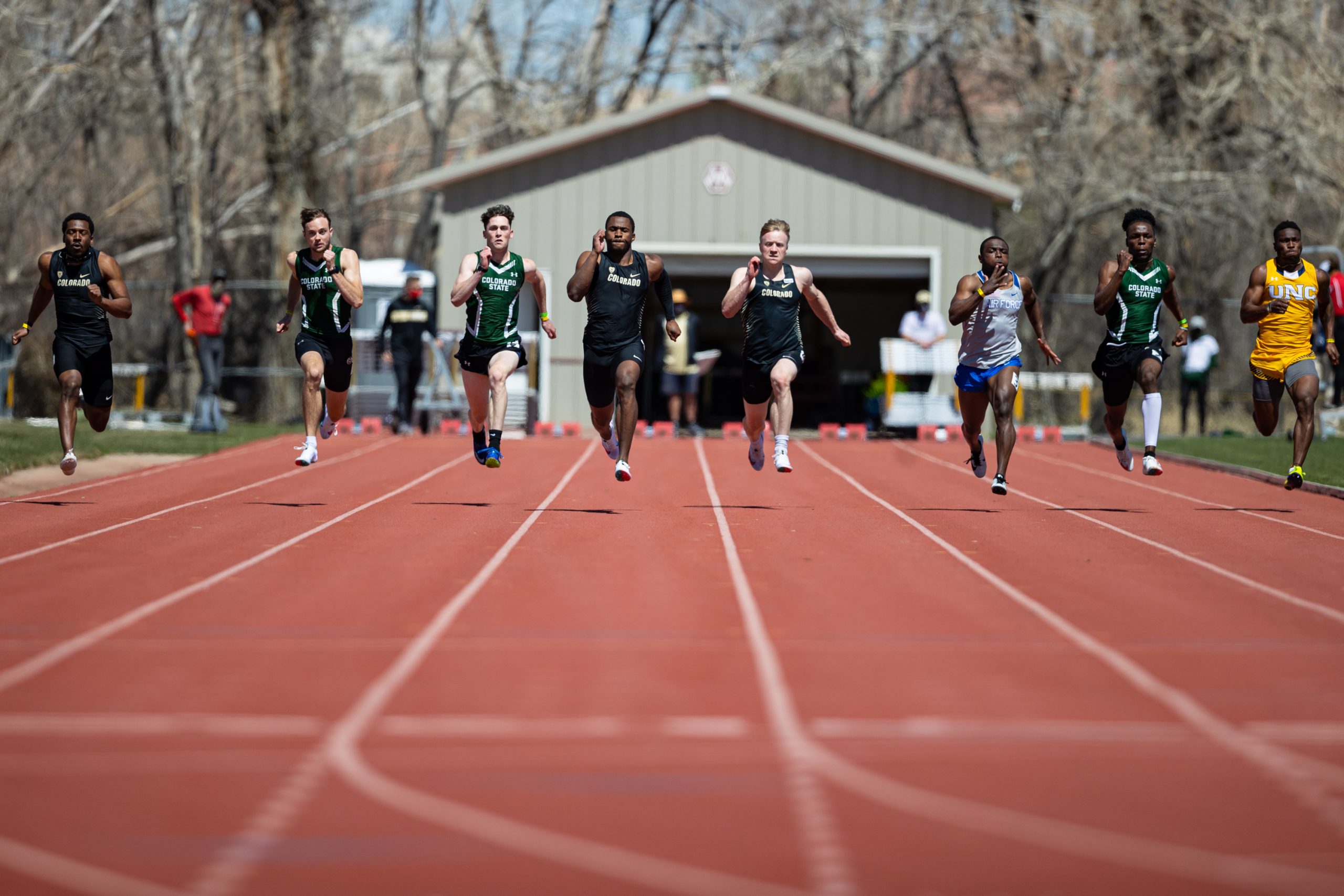 The CU sprint team also came out with wins in both the men’s and women’s 400m dash. Senior sprinter Eriana Henderson once again showed why she holds multiple top-5 program records as she won the 400m hurdles with a time of 57.71, right behind her second-place school record. On the men’s side, senior Aaron McCoy won at 51.02, fifth all-time at CU.

Looking at the men’s sprint team, two sophomore CU football players, Mark Perry and Dimitri Stanley, finished first and second respectively in the 100m dash. Perry, a defensive back, ran a blazing fast 10.65 seconds. His teammate Stanley, a wide receiver, also ran a sub-11-second dash despite tripping out of the blocks. 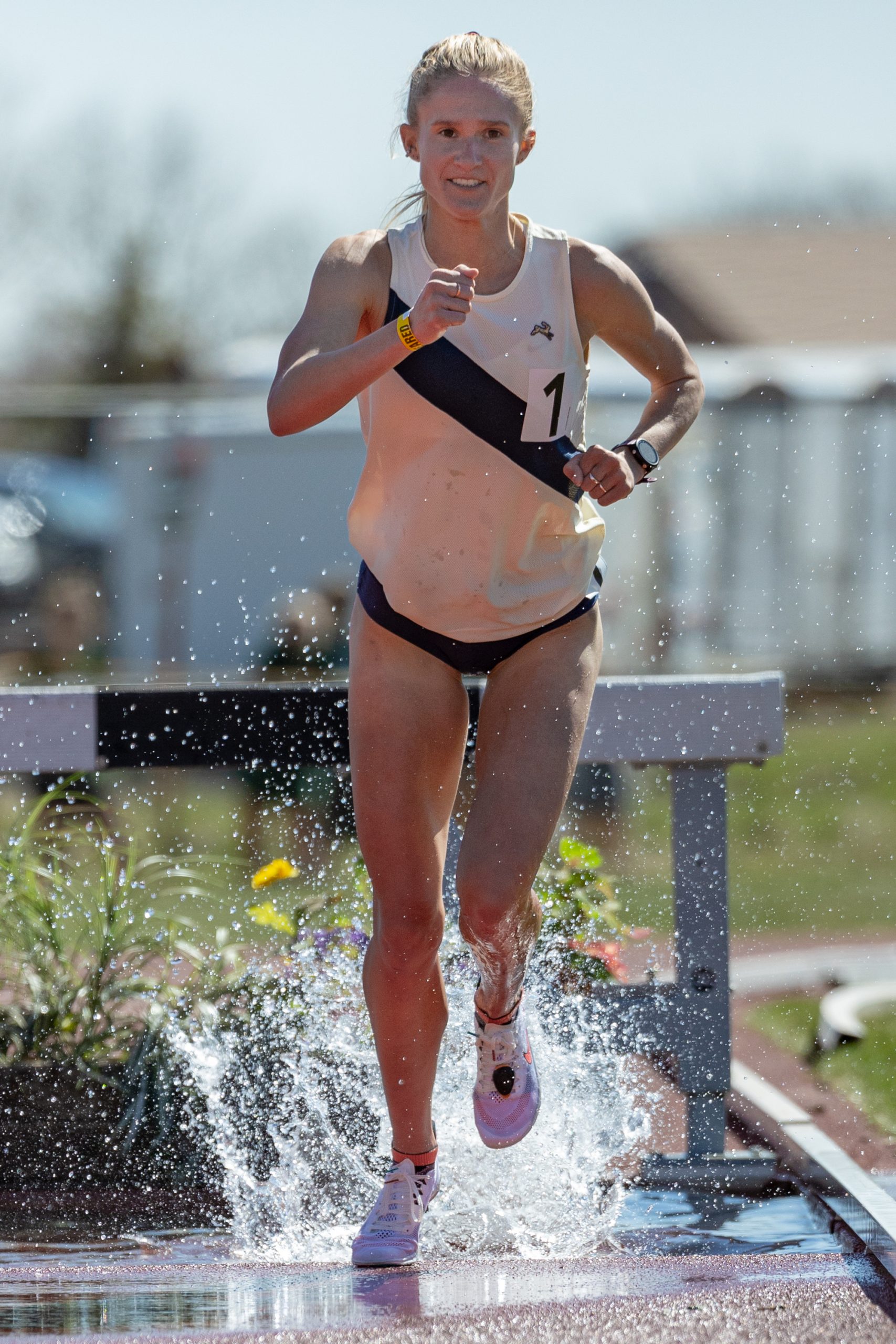 The women’s distance team turned in some quality races as well in the women’s 3000m steeplechase where the Buffs had the top four finishers. The winner, senior Valerie Constien, led the entire race and won with a time of 10:07.90. Senior Rachel McArthur finished behind her with a time of 10:45.74 in a race that was not particularly close. The women’s 800m also brought a Colorado runner to the winner’s circle in senior Micaela Degenero. She ran a 2:07.79 which put her tenth all-time in CU history.

Overall, it was a quality meet for the Buffs. They racked up multiple wins including both 4x400m races where earlier winners, Degenero and Hurta, pushed the CU women to a victory.

The Buffaloes have two meets on the horizon: The four-day Mt. SAC/Bryan Clay Invitational in Azusa, California from Wednesday to Saturday and the Kitt Mayer Classic on Saturday at the Colorado School of Mines.